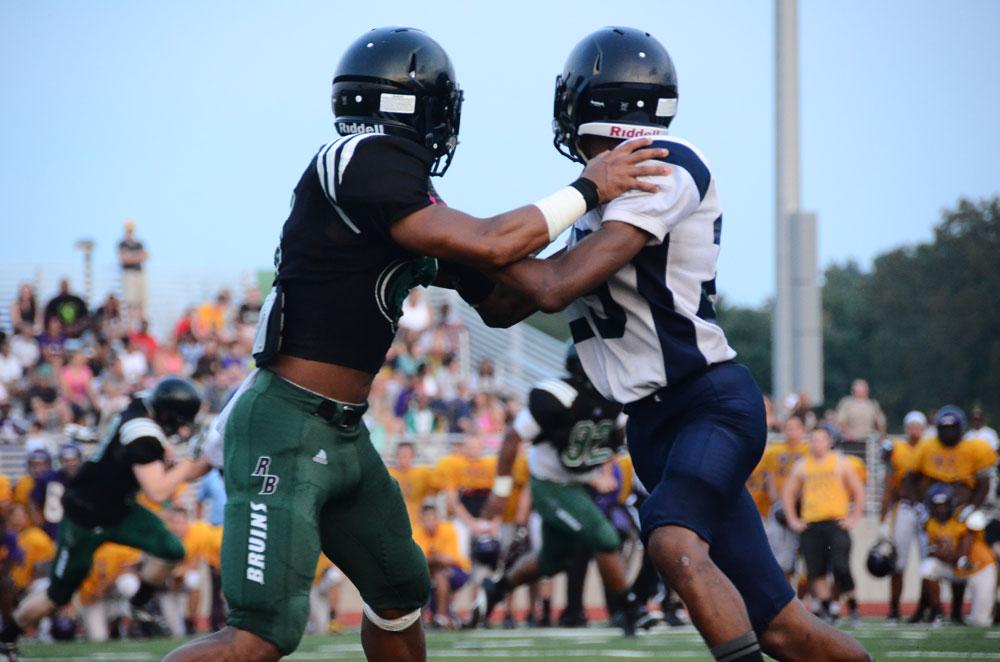 Every year, there is only one victor in the Super Bowl, or so it seems. In one of the most thrilling competitions in the lore of professional sports, it might appear that the only winner is the team which receives the Vince Lombardi Trophy. What many might not realize is that there is another victor in every Super Bowl: the advertisers.

The Super Bowl is one of the most watched broadcasts in the history of the United States, with a total of 114.4 million viewers tuned in to watch Super Bowl XLIX last year. Thus, there is arguably no better time for companies to bring in revenue than the annual National Football League (NFL) championship. In order to make the greatest impact on viewers in the shortest amount of time, advertisers blend creativity, humor and other marketing techniques in order to attain the greatest revenue in their ads.

Senior Osaid Khan, a marketing student at the CACC, said that one of the main aspects of advertising, especially in the Super Bowl, is the audience whom the advertiser aims to impact.

“In marketing, you learn about target markets,” Khan said. “In the Super Bowl, your target market is going to be football fans, so you will see many sports ads and sports equipment ads.”

Such target markets also include the male gender. In 2012, the percentage of male viewers was 54 percent, as compared to 46 percent females watching the Super Bowl. As a result, sexuality is a prevalent marketing technique used in Super Bowl ads.

One of the most infamous ads, banned for being too racy for television, was for Carl’s Jr. and featured model Charlotte Mckinney strolling supposedly nude through a farmers market, explaining that she is “all natural”, only to reveal wearing a bikini in the final seconds while ferociously biting into a large Carl’s Jr. All-Natural burger. It received $2.5 billion in media impressions in fewer than two weeks, equating to millions in profit. For Carl’s Jr, the old saying seems true: sex sells.

This ad was one of many in Carl’s Jr’s “All Natural” campaign, which had previously featured Kim Kardashian, Kate Upton, Nina Agdal and Paris Hilton as well.

“Due to the audience of the Super Bowl being mostly male, Hardee’s commercials’ draw their attention and make subliminal connections with sex and their products, therefore making their products more appealing consciously,” sophomore Alex Geyer said, an avid Super Bowl fan.

Humor, Geyer said, is the main reason Super Bowl ads are special to viewers. The commercials for Doritos, he said, are the most humorous commercials present in every Super Bowl and never seem to disappoint with unique creativity and hilarity. Khan, also an enthusiastic Super Bowl fan, agrees.

“I think the comedy in Super Bowl ads make them really popular,” Khan said. “It is the one time of the year when people actually look forward to the ads. I think the Doritos ads are usually pretty funny. They catch the attention of the audience and makes them laugh while thinking about Doritos, so next time you go to a store and look at Doritos, you may have the urge to buy a bag.”

For Geyer, the Old Spice commercials have proved to be the most unusual Super Bowl ads there are. One of the most popular Old Spice commercials was featured in Super Bowl XLIV, called “The Man Your Man Could Smell Like.” It featured actor and former NFL wide receiver Isaiah Mustafa promoting Old Spice as “the man your man could smell like.” The ad has over 50 million views on YouTube ever since it was aired in 2010.

“The Old Spice commercials are the weirdest, but they are successful because they really pull the audience in and they pay more attention,” Geyer said.

Today will mark the 50th anniversary of the Super Bowl, in which the Denver Broncos and Carolina Panthers will face off in the highly anticipated Super Bowl 50 at Levi’s Stadium in Santa Clara, California. Geyer is confident that this year’s Super Bowl will not only be a thrilling matchup, but will also host creative and humorous ads which won’t disappoint.

“I am always excited to see what the best marketers for some of the most successful companies can produce,” Geyer said.

Breaking Winds are a breath of fresh air

This story was very interesting to read because it had a different view rather than the more commonly associated topic with the Super Bowl. I thought it was very interesting how different companies lay out their tactics to produce their best commercials while millions of viewers are watching. Each year there are a couple commercials that stand out and I think many people look forward to them. I enjoyed how this story shared some stats because it showed what the target market seems to be.