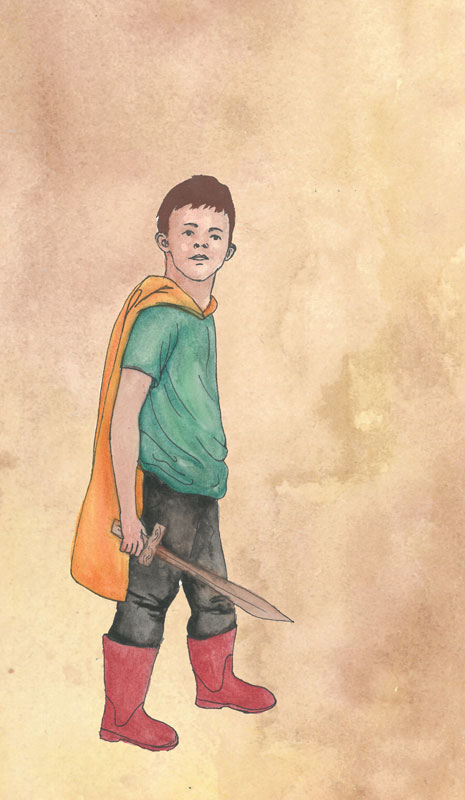 Independence. It is visible in the child who stands up to the school bully. It is apparent in the teenagers who drive to the store on their own for the first time. It is obvious in the college freshman who is learning to live without his/her parents.

With it brings a feeling of freedom, yet often times it comes with inapt change. An unwillingness to adjust can bring about havoc or happiness. For RBHS parent Aaro Froese, it was both.

“I was having constant disagreements with my parents. I was unwilling to listen to [them and] this caused a lot of disagreements,” Froese said. “After one too many arguments, I decided to leave.”

At 17 years old, he was on his own. As he began to delve into his options as an emancipated adolescent, he was subject to a web of laws. According to an article from The Office of the Childrens Commissioner, starting at age 16, adolescents can legally leave home without their parents’ consent. Until the age of 17, however, child, youth and family services can send the child home if they deem them at risk.

While he picked up shifts delivering pizza and bagging groceries, the rest of his high school junior class was at the height of it all. For them, ACT scores, college credits and extracurriculars filled pages in their planners, for these would determine the next chapter of their lives.

In his sudden freedom, Froese turned to one of his older brother’s friends who was living in an apartment. Throughout the next year and a half, he went from renting a room to living with college students. All the while, he worked long hours.

“My senior year I was living with a couple of college guys. They were rarely around because they were pledging a fraternity,” Froese said. “I wasn’t around much, either, [because] I needed to work a lot more to pay for living costs like [paying] my share of utilities and food. I got to missing home cooked meals.”

For senior Paulina Morales, independence also came at a young age. But this change came from necessity rather than choice. Since migrating from Mexico to the United States in fifth grade, she subsequently moved between the two countries twice because it was “too dangerous.” This proved to be a form of stress and disunity in her life.

“[One time,] there was a shooting at a store in front of my aunt’s house. My cousins [and I] were playing outside, and we heard gunshots,” Morales. “We all ran to the house and continued playing. We knew what to do.”

Even though Morales has been in the United States consistently for the past five years, her family is completely separated; her father doesn’t live with her, and her mother is still in Mexico because of problems with her Visa renewal. She is now living with her 18-year-old brother and sister-in-law.

“My brother [and I] are in charge of the house; keeping it clean and feeding my sister-in-law’s kids,” Morales said. “We do have more free time without an adult telling us what we have to do, but we actually miss [that] sometimes. It’s hard being away from [my mom] but we FaceTime whenever we can. I tell her everything that’s going on.”

While Morales finds it difficult being without her parents, 2015 alumna Renata Williams feels liberated by it. After graduating, she traveled to Iowa City, Iowa to study electroneurodiagnostic technology. For most college students, housing options include the choice to live in dorm rooms or a fraternity; however, Williams lives in an apartment by obligation.

“My college doesn’t have dorms, so off-campus living is the only option,” Williams said. “I live in an apartment complex, though, rather than living in apartments downtown. My mother and I thought it’d be safer for me to live in a student housing complex with security.”

Although she lives on her own, she does not yet feel independent. Her parents still pay her apartment’s rent and provide money for groceries and other day-to-day necessities.

“My experience in my apartment is definitely symbolic of adulthood, even if I don’t necessarily feel like a full-on adult right now,” Williams said. “I’ve really had to form good habits when it comes to school, eating and sleep. I don’t have my mom around to make sure I go to school or eat my vegetables; It’s all up to me now.”

For Morales, the silver lining of life without her mother came in the form of Columbia itself. The city stood as a source of refuge and common ground in her family’s constantly evolving environment.

“I consider Columbia my hometown because I was basically raised here,” Morales said. “We moved a lot, not only to Mexico, but to other places, and we all managed to come back to Columbia.”

The unstable housing foundation that served as a liability for Morales also impacted Froese.
According to a study conducted by the National Center for Biotechnology Information, adolescents aged 15 to 17 who left home were more likely to engage in high risk health behaviors like cigarette smoking, alcohol usage, an unhealthy diet and underage sexual activity. To add to these daunting prospects, a study including 345 emancipated adolescents aged 17 to 18 years old found that 14 percent experienced homelessness and 39 percent were unstably housed.

[quote cite=”Paulina Morales, senior”]We do have more free time without an adult telling us what we have to do, but we actually miss [that] sometimes.[/quote]

Despite the odds stacked against him, Froese said he did not engage in riskier behavior in his two years away and lived in a sound apartment. As he progressed in his education, he even found some financial benefits to living on his own.

“I took the ACT late my senior year. I had no aspirations to go to college, but I did really well on the ACT and had a couple of schools offer me scholarships. I decided to go to Mizzou because my roommates already went there,” Froese said. “Having lived on my own for almost two years, I was very qualified for financial aid. I wouldn’t have been able to afford to go to school without [it.]”

In his senior year of college, he decided to go on a trip to Guadalajara, Mexico as part of a language study program. After having minimal relations with his parents for two years, the prospect of being away for another year sparked his decision to recompense.

“It was right before I moved to Guadalajara, Mexico [that] I decided to make amends with my parents. When I got back from my semester abroad, I would go and visit with my parents regularly,” Froese said. “I became good friends with my mom and dad. There was a mutual respect which had previously been absent.”

Now, as a 47-year-old man, he said he feels a certain regret toward his past actions.

“As I look back to this point of my life, it is with some shame. I was a smart-a—d teenage kid that wasn’t willing or able to listen to advice given to me by those that loved me,” Froese said. “I turned my back on my parents and lived in anger. [It was] not a good place to be.”

In hindsight, Froese said he can see his parents as people now, rather than dictators of the household. He said this shift in mindset came from his emancipation and time maturing.

“The title ‘mom’ and ‘dad’ come with a lot of unrealistic Disney fueled expectations,” Froese said. “Once I was able to let go of those expectations I was able to get to know my parents as people doing what most people do — [getting] by the best that they can.”

Do you live without your parents? If so, tell us about your struggles in the comments.

I feel like this story is very relateable to many of the readers who feel they have already grown up. I think many students may also find themselves to feel as if they are stuck in a situation of not being old enough to leave yet feeling like they could be on their own. It was also interesting how the quotes also described people looking back on their lives making it fun to read.