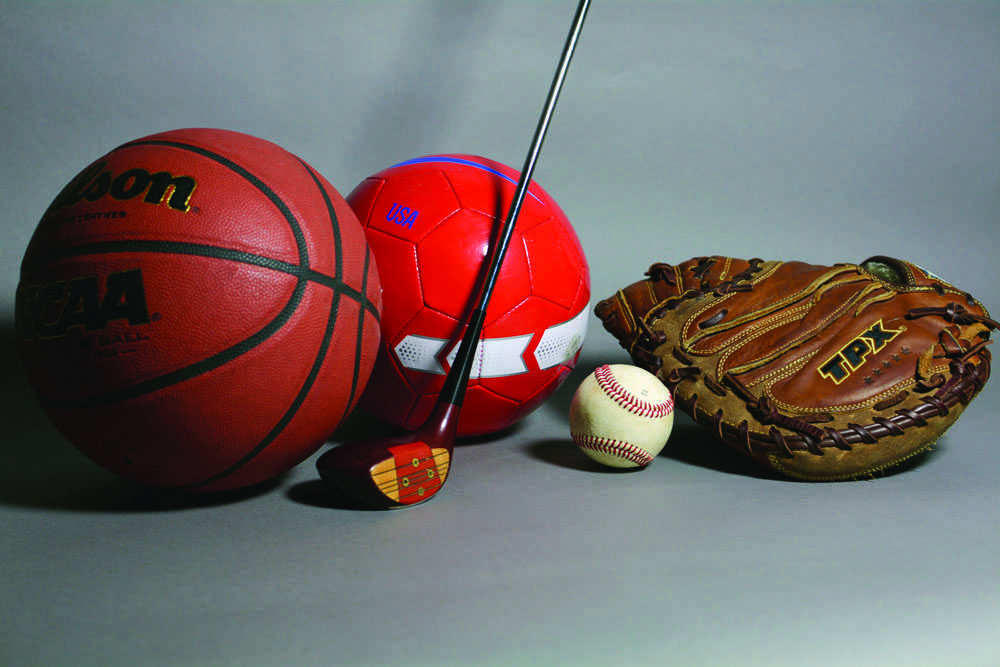 From racing hearts to churning stomachs, tryouts are often some of the most trying times in an athlete’s career. Months of preparation consisting of conditioning, strength training and practicing condense into a three day period ultimately deciding the makeup of each team’s roster. Freshmen fight for their first shot on a high school squad while seniors methodically make their way through the 72 hour period, hoping to hear their name called after the third and final practice.

But what is it like to be on the other side of the equation, making cuts and evaluating players?

For many of RBHS’ coaches, the three-day allotment for tryouts is the most important part of the young season as it gives them the opportunity to field the best groups of athletes possible. Start with a good foundation of talent and you’re already well on your way to a possible district or state championship. For baseball coach Justin Towe, the ability to master the fundamentals plays a large part when picking his final 45 players throughout the freshman, junior varsity and varsity levels.

“Number one at this level, they have to have an understanding of the game, and they have to have the basic skills down. In other words the time has kind of passed for us to teach someone how to play catch or throw the baseball so those basic fundamentals of the game have to be pretty solid,” Towe said. “…Once I spot those fundamentals it can kind of get them off of point A and bring them over to point B.”

Unlike Towe, track and field coach Patrick Sasser often finds himself teaching athletes of all ages the basics of events such as pole vault and long jump. Track and field sits at a complete and total opposite end of the spectrum than the likes of baseball, tennis, lacrosse, and soccer as it is a no cut sport in addition to

RBHS’ most populous sport not only during the spring season but during the course of the year. Sasser revels in the opportunity to get to work with so many different competitors, each at their own level in their athletic career.

“I love the fact that track has no cuts because you get to work with a variety of kids at all ability levels. To a certain extent track can be less about winning and more about personal bests for kids who wouldn’t necessarily get to achieve in other sports,” Sasser said. “Also it takes time and proper periodization to develop speed so in many instances a kid might be JV but if they follow the proper training regiment then they might have a really nice speed peak at the end of the season and make a play for a varsity spot.”

While a mastery of fundamentals can bolster an athlete’s standing during tryouts an equally important focus comes in the form of mental strength. Can a player bounce back from a tough loss? Can they stay focused when the game is on the line? Will they crack under pressure?

“Confidence is critical, but resilience is just as important,” girls’ and boys’ tennis coach Ben Loeb said. “You are going to run across obstacles during the competition. It’s how an athlete handles it that will determine a lot.”

Towe shares Loeb’s sentiments and believes in baseball, a sport where a player misses more than they hit, the ability to rebound after a bad at bat or inning on the mound is essential when judging an individual.

“We look at the kids and see how do they react when something goes wrong,” Towe said, “because it will go wrong and that’s true with any sport but if a kid is going to pout or mope and it’s going to affect him, then that’s probably not someone you can really rely on in the seventh inning.”

This mental toughness paired with the will to work and get better day in and day out is a vital piece to the puzzle for RBHS coaches. The popular phrase, “hard work beats talent when talent fails to work hard,” especially resonates with Sasser, who believes that athletes can either hinder or buoy their performance based on work ethic.

“It’s difficult to overcome talent but hard work is certainly a good start; however, all the talent in the world won’t get you very far unless you have a positive and willing attitude,” Sasser said. “We have many times seen kids come and go with incredible talent who’ve never made a difference on our team because they weren’t willing to work at it. Over the years we’ve also had a number of kids over achieve in track and field because they were simply willing to work hard…”

One of the final things coaches look at when finalizing their squads at the conclusion of the three days of judgement is age or lack thereof for Loeb.

“Age is virtually a non-issue in the sport of tennis. There are so many outstanding, young players on the pro tour and in college and high school tennis,” Loeb said. “The factor I’m more concerned about is experience. How much successful experience has the player had in challenging tournaments? That tells me a lot.”

Towe also values experience but sees age as a more black and white issue than Loeb, believing it to play a crucial role is building a team for the future.

“My thing for a long time has been that I’m always looking for younger guys because I have younger guys longer,” Towe said. “I love my seniors to death, and they know that but they also know that if I find a younger guy who is as good as or better than them I’m going to play that younger guy. Just because you’re a senior doesn’t mean you’re going to play, all of that is earned.”