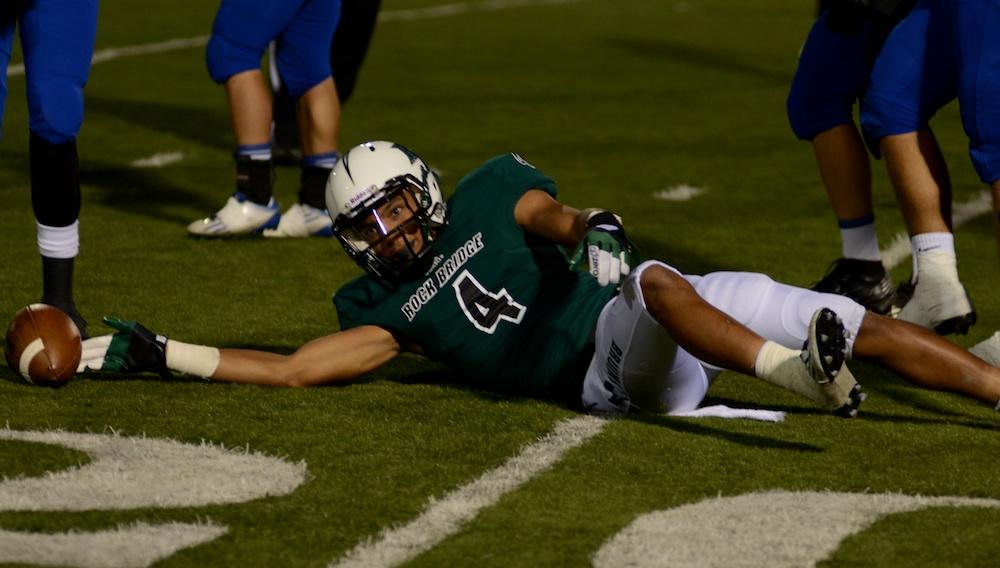 In an age where player safety dominates not only the landscape of sports but also media and entertainment, one Missouri legislator has proposed amendments to a bill to further guarantee the safety of players.

Although Fitzwater said the initial legislation appeared thorough, he wished to add the amendment in order to protect a larger audience.

“The reason why we amended the bill in committee was because we are trying to educate more people on how to identify concussions among athletes and kids,” Fitzwater said. “The problem that we had with the original bill is that we left the officials out, and what the amendment does is it adds the officials, and MSHSAA was OK with that.”

RBHS football coach AJ Ofodile, however, said many players at the high school level, especially at RBHS, are already under well-prepared staff.

“It’s our expectation in our district that we all go through mandatory concussion education,” Ofodile said.

“We’re all expected to understand exactly what a concussion is, exactly the symptoms and the signs to look for and exactly what the protocols are to handle those things.”
Fitzwater’s proposed amendments, however, span more than just the high school level. Initially, the bill affected athletes in grades 7-12 only, but a new wave of young athletes has led to the expansion of the bill’s coverage.

“Peewee football and peewee soccer around the state has become popular, like the second and third graders playing contact football,” Fitzwater said. “We felt that if these coaches are going to be involved with this, they need to know how to identify a potential concussion in an athlete.”

As an athlete who has received a concussion, junior soccer player Brandon Rettke said the amendment will have a positive impact.

“I think coaches being trained to properly assess if [a player] has a concussion or not is definitely necessary,” Rettke said. “I think the bill could be helpful if it is executed properly with good training for coaches and [officials].”

The amendment affects officials, along with coaches, referees and umpires, who are required to watch a short video about player safety and head injuries. This addition could add another voice of influence to a player who may not feel injured, but is unsafe to play.

Well when a coach asks a player that, you know he’s going to be fine. Players don’t want to go out of the game,” Fitzwater said. “I think an official should have the ability to say, ‘Hey, kid, you need to go out.’”

Ofodile agrees the new rules and awareness that Fitzwater has proposed — which has accumulated over several years — is extremely positive.

“Years ago when I played, really the concussion protocol was if you were coherent you were cleared and good to go,” Ofodile said. “We know now how big of a mistake that is.”

Although it is seemingly beneficial, sophomore football player Drew Boswell finds the amendments, and the original bill itself, to be largely unnecessary.

“It’s your choice to play sports, and you’re putting yourself in that position, so you know the risk of getting hurt in the sport,” Boswell said. “[The bill] won’t help the situation. If you just have a doctor there at the game, why would you not just let the doctor address the injury?”

Fitzwater also admits that the amendments still have some flaws, with the primary issue regarding enforcement of the new bill.

“With the officials, [the bill] can be enforced because they have to get online and actually log in to the official website and it shows when they come on there. But for some of the peewee coaches, there’s really no way to monitor whether or not they watched the video,” Fitzwater said. “We are going to encourage those coaches who are involved with those kids at that level to get online and watch [the video] but there’s really no enforcement at that level.”

Despite its flaws, Fitzwater hopes the new amendments can ultimately ensure greater safety for athletes.
“The overall impact of this bill is we hope that we can educate more and more people that are involved with youth and athletes in sports across Missouri and across this country,” Fitzwater said. “We want to educate more people on how to identify a potential concussions.”

Do you think RBHS handles concussions well? Let us know in the comments below.

Technology isn’t the only distraction while driving