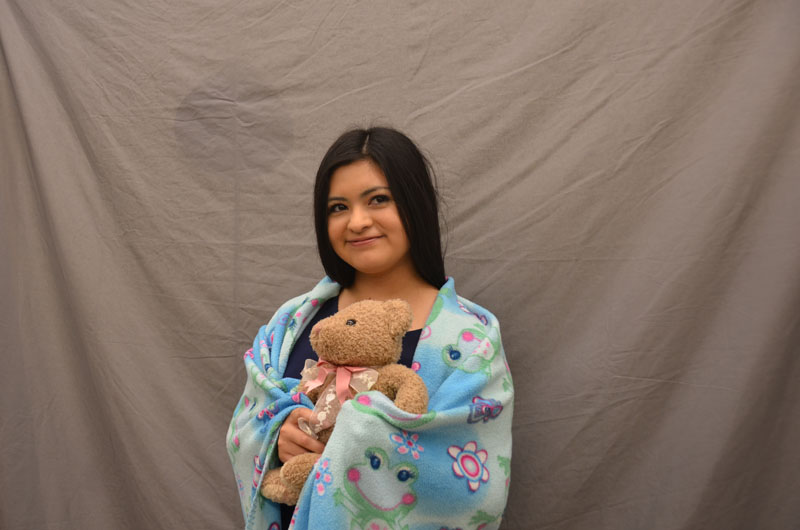 I sat in the maroon velvet covered seats of the movie theater. The whole room was dark, only illuminated by the huge movie theater screen. I watched the Maze Runner with excitement and some fear as zombie-like creatures popped out at every corner.

The star of the film, 22-year-old Dylan O’Brien, plays the fearless and loyal 16-year-old Thomas, in a post-apocalyptic world.

After watching that movie, I noticed all the supposedly teenagers in the film were not teen actors.

Then I saw Mean Girls. In it, one of the main characters is in high school and is played by the actor Rachel McAdams who was 26 at the time–10 years older than her character Regina George.

When I watched the film, I was not aware that McAdams was significantly older than her character’s age.  I remember looking at my teenage sister, who is four years older than I, and her friends, and I’d think they don’t look like the teenagers in Mean Girls. If a teenager in real life did not look like Rachel McAdams, did that mean there was something wrong with how real life teenagers looked? Or was it simply that the true problem was how teenagers in movies looked and appeared.

What some don’t realize is that adult actors playing teenagers in movies, happens more often than people think. Not only did McAdams portray a teen in a movie but so did Jennifer Lawrence in The Hunger Games.  Lawrence plays a 16-year-old heroine when the actor’s age was 22. Stockard Channing, 34, played Betty Rizzo,17, in Grease. Jennifer Grey, at age 26 played teenager Jeanie Bueller in Ferris Bueller’s Day Off. Tobey Maguire, 27, played the high school student Spiderman, in Spider-Man. Cory Monteith, was 27 when he played the teenager Finn Hudson, in Glee. These are just some of many examples of adult actors playing teenagers on the screen.

Growing up watching movies was always a fun way to pass the time, but as I got older I realized how perfect all of the teenagers in movies looked: well dressed, glossy hair, straight white teeth, and how fit they were, but between a real-life teenager and a movie teenager, they didn’t look the same.

I have had classes with all four grades and can never tell who is in what grade. On the first day of one of my classes, a student convinced one of the upperclassmen he was a senior when he was, in fact, only a freshman.

Since teenagers are trying to look older, it becomes harder to tell what a teenager is.

People seem to be in a rush to look grown up.  I see people who look as if they could be in college walking down the halls. Some girls wear makeup as an attempt to look “older” and “prettier.”A survey done by the Renfrew Center Foundation, found that at least one in five girls from ages eight to 18, feel insecure, unattractive, and feel as though something is missing when they are not wearing makeup. Two-thirds of the girls surveyed began wearing makeup between ages of eight and 13. 29 percent started to wear makeup between the ages of 14 and 16.

While teens struggle to fit into society and find their way in life, they are watching perfectly bodied actors who are 20 or sometimes 30 years old who have already gone through the process of growing up, portray teenagers in movies and TV shows.

Society surrounds us with false images of what the ideal teenager is. It’s hard to be a normal teenager when you don’t know what normal is.

Teens will think there is something wrong with them because they don’t look a “movie” teenager, or an adult who is just pretending to be a teen. They’ll try to strive for something that is unrealistic and impossible to achieve, which can lead to an eating disorder, to achieve that perfect movie star body. The adult actors in movies, are all physically fit, when teens see that their favorite actor or celebrity has a stick thin body, the teenager will want to be like their idol.

According to the National Association of Anorexia Nervosa and Associated Disorders, 95% of those who have eating disorders are between the ages of 12 and 25. By the age of 20, 86% report onset of eating disorder, while 43% developed a disorder by ages between 16 and 20.More than one-half of teenage girls and nearly one-third of teenage boys use unhealthy weight control behaviors such as skipping meals, fasting, smoking cigarettes, vomiting, and taking laxatives.

More teen actors need to play teens in movies. The teen years are always thought to be the hardest with dealing with growing up and trying to become successful young adults. There is nothing wrong with looking young and not someone who has already grown up.

All in all, teenagers are not adults, so don’t try to grow up too fast. Don’t hate being youthful, for there should be no rush to try to look older, because the age you look does not matter.

Mud volleyball ends with a spike