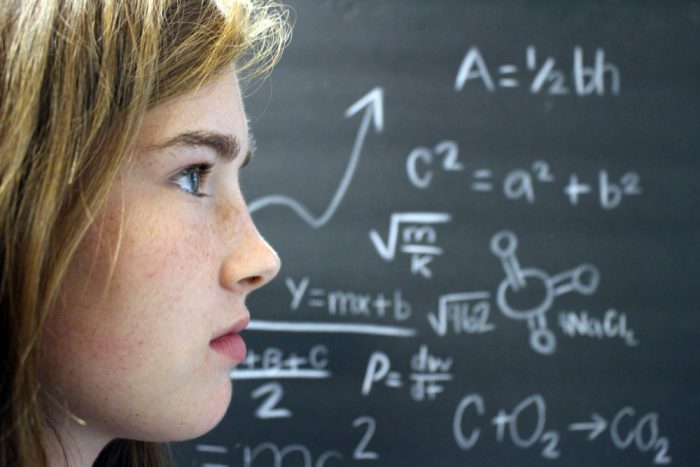 College for some is only a dream, a fantasy that can never be reached due to money or a person’s academic level. But for others, it is not only an expectation from family members but also a necessity.

The ACT testing company released its annual score report on August 24, the scores suggest that high schoolers may not be ready for college. According to Public Broadcasting Service (PBS), only 38 percent of students who took the ACT hit the college-prepared benchmark in three out of the four subjects: reading, English, math and science.

Despite the results of the latest ACT scores, Principal Dr. Jennifer Rukstad believes RBHS’ students are adequately prepared by teachers and the school for college.

PBS found in the 2016 annual score report that in the English section, 61 percent of high school graduates scored 18 points, meaning that they are ready for a college English course and would get a grade of C or higher.

The report also showed that 44 percent of the ACT tested 2016 high school graduates got 22 points on the reading portion of the exam. In the math portion, the percentage of students who met the 22 point benchmark is 41 percent, and 36 percent achieved a score of 23 points in science. These scores are what colleges use to predict which students will succeed in college level classes.

The ACT score range is from one being the lowest and 36 being the highest. PBS’ findings showed that the average composite score declined from 21 to 20.8 this year. Although the scores dropped, the amount of students that took the ACT in 2016 increased from 59 to 64 percent.

What Dr. Rukstad said seems to be true for RBHS alumni Sonia Clark. As a sophomore at the University of Missouri, Clark believes the same, but wishes that some things had been different in high school.

“Once I began Mizzou, I felt very well prepared. By taking so many strenuous AP classes at RBHS I  learned how to manage my time,” Clark said. “I feel as though overall I had phenomenal teachers but I wish some of them had been more hands-on with materials rather than just having you self-teach. Although college entails a lot of self-teaching, it is important to have a solid basis of basic topics.”

RBHS alumni Brendan McLaughlin agrees with Clark on how much RBHS prepared him for college. He says that while teachers prepared him, there were still things to be learned at college.

“I feel like I was pretty prepared but I also learned a lot of new things when I got to college, such as better note-taking [skills], studying and even listening,” McLaughlin said. “Teachers did a good job making us take a lot of notes and understanding everything that we wrote. I honestly wish they would’ve made us read more than we did because reading is a big part of college. “

Although Clark and McLaughlin believe RBHS did an adequate job in making sure they were ready for college, Dr. Rukstad believes it is up to the students to take responsibility for their college preparedness and ACT score.

“[Students should] take AP classes. It is not as much about the content as the structure and rigor of these classes. We highly encourage students who believe they will go to college to take two or more AP classes in high school. I would also encourage students to be involved in activities outside of the classroom, whether that is through RBHS or in our community,” Dr. Rukstad said. “Learn about the [ACT] test and how to take it. There are ways to use the design of the test to your advantage. Our Super Saturdays are a great way to gain some of this knowledge.

Along with students taking action for their college success, Dr. Rukstad also thinks teachers can help students achieve their goals.

“[Teachers should] continue to have high expectations for students in their classrooms and encourage the development of executive functioning skills to increase each student’s ability to be academically successful,” Dr. Rukstad said.

Rukstad believes that tests are not the only thing that can determine a student’s readiness for college but there are other factors as well.

“To a certain extent, I do [think the ACT shows how prepared a students is for college]. However, it can’t be the only evidence,” Dr. Rukstad said. “A student with a high ACT score but non-impressive measures in every other area might struggle to perform academically.  A person with a low ACT but strong indicators in other areas might be more able to handle the rigors of college. Each case is different.”