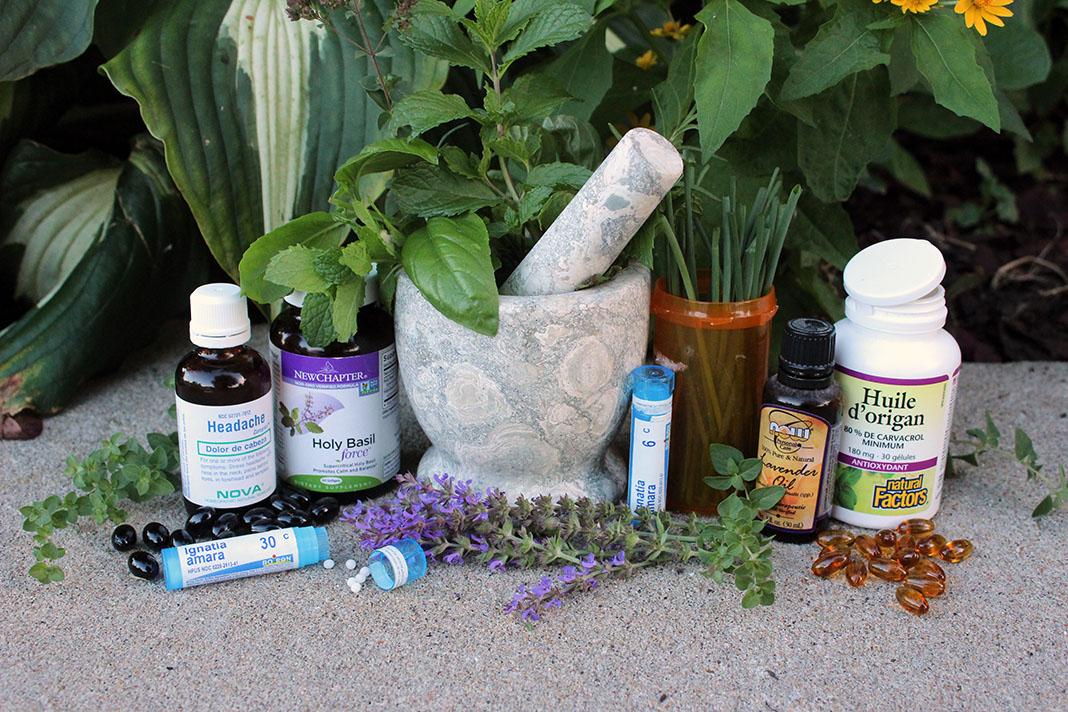 Today marks the beginning of autumn. The falling of leaves will accompany the sound of cash registers, as drug stores will soon fill with sick men and women stocking up on cold medicine. A trending alternative, however, provides an organic way to stay healthy when seasons change.

Nelly Boyt, an employee at Clover’s Natural Market on Chapel Hill, believes remedies offer more than mainstream pills that people use to soothe their symptoms. She said almost all hospitals used plant-based remedies in the 1930s. Homeopathy, the practice of using plant-based remedies, is still popular in Europe. Homeopathic medicines usually come in the form of pills, rubs and liquids.

“If you pick up an allergy formula for homeopathy, it will usually have tiny amounts of onion in it,” Boyt said. “The idea is that if you can trigger eye watering, which is a symptom of allergies to the tiniest level, your body will want to fight that, which will stop eye watering when you get allergies.”

After struggling with anxiety, stress and depression, junior Kaite Ritchie introduced these remedies into her medical routine.

Doctors write six million antidepressant prescriptions for children every year, according to Clinical-Depression.co.uk. These drugs usually come with side effects, and in Ritchie’s case the symptoms often get worse while on prescriptions. The only remaining prescription drug Ritchie takes is an antidepressant, which she hopes to get off of soon. Antidepressants are one of the many medicines that can often elicit more harm than good in the body, according to an article from dailymail.co.uk.

“I think natural remedies are safer and have a lot less side effects than chemicals because most drugstore medicines are man-made substances,” Ritchie said. “The first antidepressant I took made me pass out for four hours straight, and nobody could wake me up. Now just using herbs or scents allows me to become more energized and uplifted.”
Boyt said homeopathy doesn’t work on everyone, though. She hears testimonies of customers who use homeopathy every day and said experimenting is part of the process to find what works best for them.

“You don’t hear about side effects very often or at all with homeopathy. [When] working in the store and talking to customers, occasionally somebody will say it didn’t work for them, but it’s always worth a try,” Boyt said. “If you try homeopathy before you try more potent drugs, you are sparing yourself side effects. For seven bucks, you can try it. If it works, then great, but if not, you haven’t lost anything.”

Homeopathy and herbal medicines can help with more than just emotional therapy. An article from naturalsociety.com reported that remedies can heal physical injuries, as well. Two common remedies for injuries are Arnica and Symphytum.

Not everybody agrees with the benefits of homeopathy, according to an article from The Guardian. Researchers and doctors often call it nonsense. Dr. Ellen Thomas occasionally recommends patients plant-based remedies such as melatonin for a safe sleeping aide, but more often than not she sticks with mainstream medicines.

One reason why Thomas stays away from plant-based medicines is because of their levels of dilution. Metro News reports that homeopathic solutions are so diluted that finding a trace of the original substance is unlikely. Also, organic medicines, unlike other medicines, don’t go through the same Federal Drug Administration tests.

“Doctors in general like to do what’s called evidence-based medicine,” Thomas said. “We like to use therapies that have been tested and have been shown to be safe and effective. A lot of the natural remedies have not been tested.”

“A lot of the drugs that are available were originally plant material and what they’ve done with prescription medicines is taking something that was in nature originally, isolated it from its plant, and then produced it synthetically,” Boyt said. “It may work better and faster but carries more risks. For high schoolers, homeopathic remedies are safer than all of the other medications that high schoolers take.”