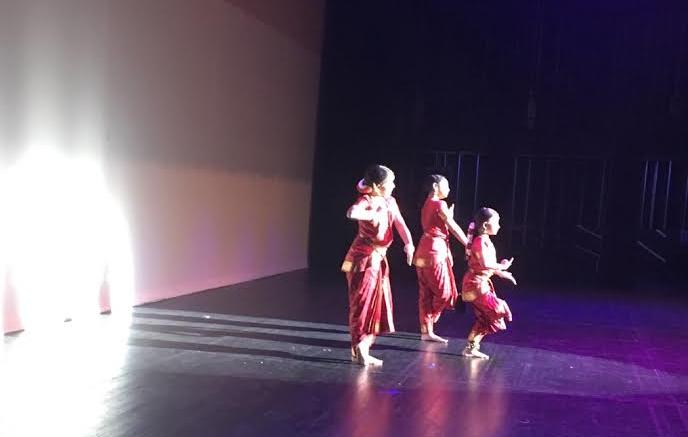 Dancers practice their performances during the dress rehearsal before showcasing their culture and traditions at India Nite. Photo by Kat Sarafianos

Though more than 8,000 miles away from the country with the world’s largest democracy, India still continues to spread its culture by showing its depth and diversity across the globe.

The Cultural Association of India (CAI) at the University of Missouri-Columbia (MU) has continued to keep traditions and customs alive by putting on events like India Nite, which showcases dances, folk songs and drama to celebrate the Indian experience. Oct. 29 will mark the 25th India Nite, that not only brings together the Indian community, but also the entire city as a whole to enjoy the long lasting culture.

During the past 25 years of this event, the event has exponentially grown in popularity in not only Columbia, but also Jefferson City.  Publicity for the event helps more than just community members who plan on attending, but also to help educate and honor the night.

“We reach out to people via social media, emails and university resources for participation as well as attending the event,” Jain said. “MU has provided immense support for us to reach to every nook and corner of MU to celebrate this event. We also have many cultural and academic events throughout the year, which has kept the Cultural Association of India and India Nite popular and most awaited every year.”

On top of its increasing popularity that reaches people outside city limits, high schoolers and young students alike are also proud to not only attend, but even perform to celebrate their rich history.

“As a member of the Cultural Association of India, I learned about the opportunity to be involved with India Nite 2016 and I immediately signed myself up,” MU freshman Devesh Kumar said. “In the event, I dance for a group called Dashing Desis and I am also involved with an Indian skit.”

For Kumar, the idea of being a part of an evening filled with some of India’s most classical customs and dances is a chance he couldn’t miss. Despite being able to showcase and entertain audience members while giving them a cultural ride through India, senior Divya Divya believes it’s more than just dancing on a stage.

“This night is special because it celebrates a Hindu festival called Diwali. It’s the festival of lights,” Divya said. “So at India Nite we all just come together and put on performances from all different part of India, and the dances are very distinctive based on the region they are from.”

Despite the multiple regions that will be represented, the entirety of the country itself will be showcased as one.  Any audience members who are able to experience the show gives them a chance to observe new customs and gain knowledge on a culture far away.

“On a local scale I think RBHS students are affected because anyone is welcome to see the performance,” Divya said. “It gives them a chance to get more of a sense about what Indian culture looks like, that even within the country there’s so many different genres of dance.”

The two hour long program filled with multiple acts that will help audience members give a taste of the rich culture speaks greater than the spotlight performances seen as the actors, dancers, and singers take the stage under the bright lights.

“I am very grateful to have people that share my culture because I have been looking for that ever since I’ve been here in the United States,” Kumar said.  “I can proudly say that I have finally found my people.”

RBHS blood drive to save lives

My friends Leela, Kanchan and Tia were in this. I didn’t get to see it but I was invited and wish I could have gone