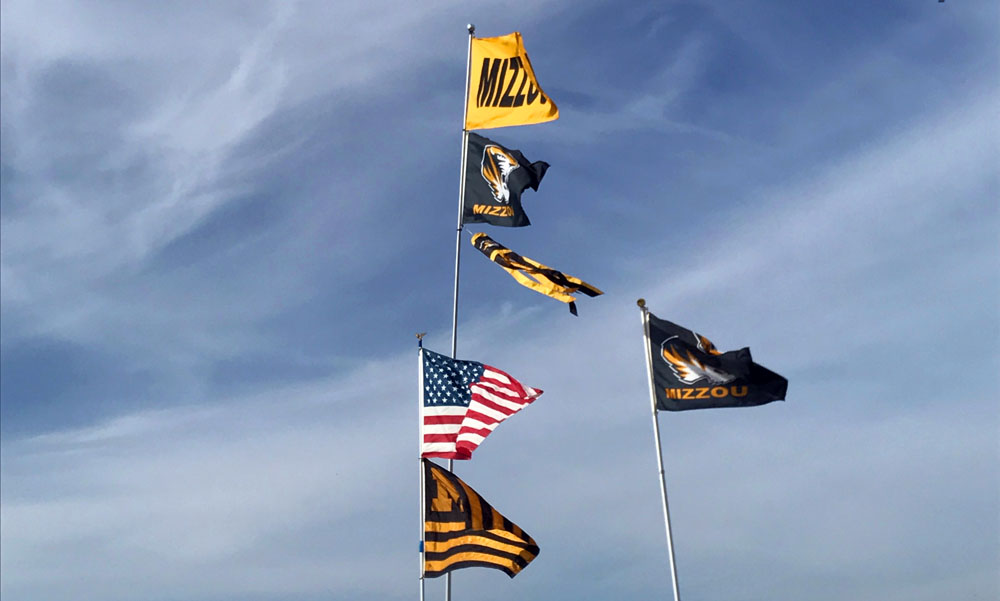 Dating back to 1926, the University of Missouri- Columbia’s (MU) Faurot Field has been an icon for MU athletics since the first football game ever played in the stadium. After years and millions of dollars in renovations, Faurot Field and the Memorial Stadium that encompasses the field stands tall in the heart of Columbia at the intersection of Stadium Blvd. and Providence Rd.

The stadium has a record crowd of 104,756, which is near the entire population of Columbia, on Nov. 15, 2014 for the Texas Agricultural & Mechanical rivalry game. Throughout the years, Faurot Field transitioned from grass to artificial turf, expanded its maximum capacity and modernized its entire stadium while still maintaining the traditional atmosphere that the Tigers call ‘home’.

Junior Connor Buckley grew up in Columbia. By family influence, he was born with a passion for the Missouri Tigers. As an avid fan from a young age, Buckley has been attending MU’s home football games every year since he can remember.

“I go to every single home football game,” Buckley said. “I can’t think of many times that I’ve missed games in the season. I really love watching Mizzou football.”

Buckley treasures the field and the intensity the stadium brings during every pass, tackle and touchdown.

“My favorite part of the stadium is being with 72,000 people that become your closest friends,” Buckley said. “It’s meaningful to me because you live or die on every single play and the entire crowd is an emotional roller coaster.”

After attending dozens of games and putting his heart into every single one, Buckley remembers one time that made him proud of his hometown college.

“One of my favorite memories was from the 2010 football game against Oklahoma, who was the number one ranked team at the time,” Buckley said. “Gahn McGaffie returned the opening kickoff and made a touchdown from the 84 yard line. It was an unreal feeling full of happiness. I knew after the play that Mizzou could win that game.”

Since then, through the winning seasons and the losing seasons, Connor sticks with his team and cheers them on, no matter the circumstances.