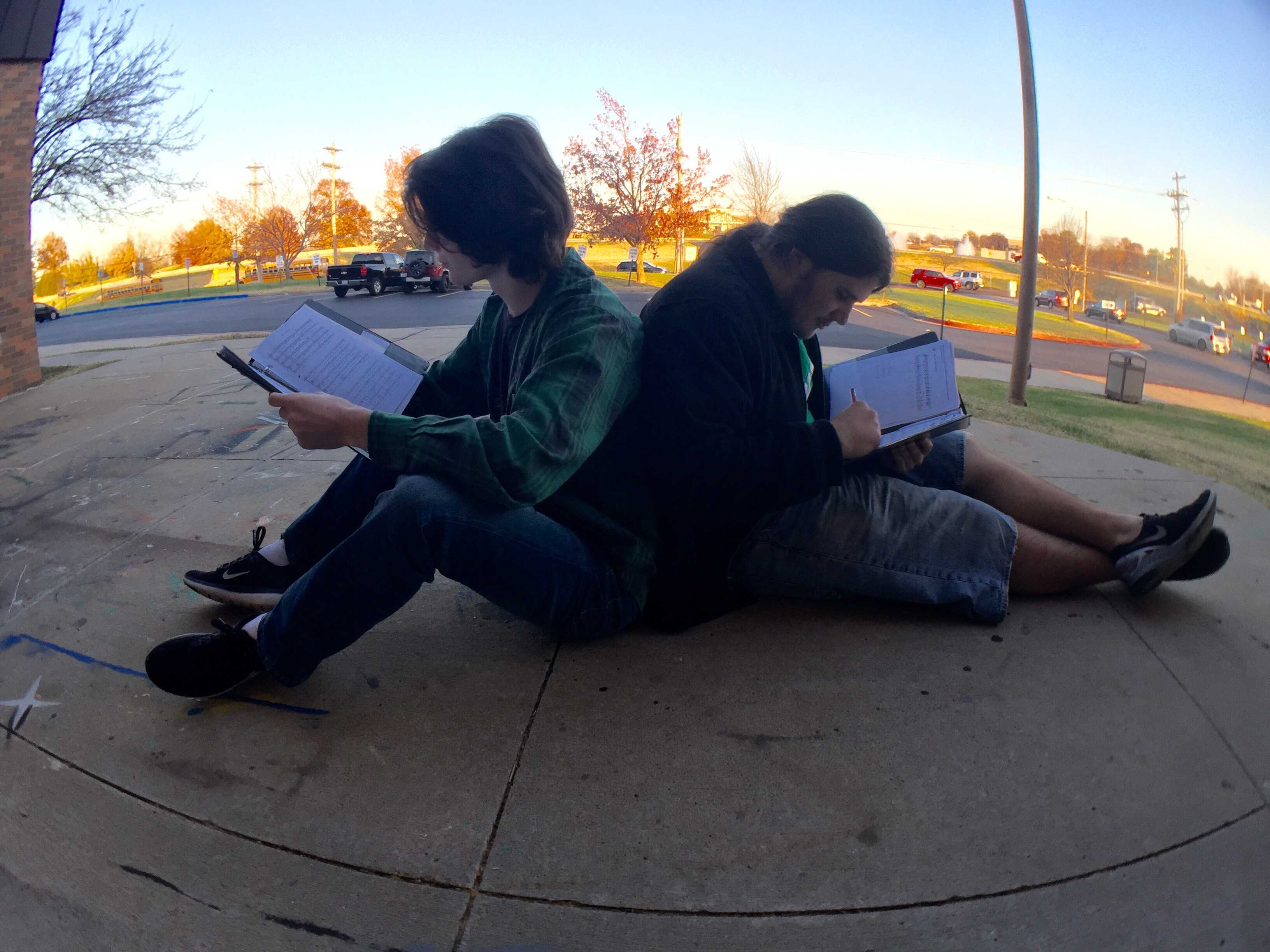 [dropcap style=”light” size=”4″]H[/dropcap]aving a sibling can be like having a lifelong friend, and, when siblings are close in age, they most likely go to the same school. In high school the older kin can help guide younger siblings and make school feel more comfortable. Sophomore Kate Buster’s brother, senior Logan Buster, makes her feel at home at RBHS because she can count on him for anything.

“I love having my sibling at the same school as me. He’s really awesome, and I like having him here at the same time as me,” Kate Buster said. “It’s great because when I need help or just need to talk, I [can] go to him and he’s so cool [about it].”

A study by the University of Essex found that when siblings attend the same school, the “sibling spillover effect” doubles. The effect can lead to younger siblings getting better grades, getting help with classwork and having a role model to look up, to according to the study. Counselor Jordan Alexander believes there are benefits of siblings attending the same school but also warns that sibling rivalries can be harmful. Despite the risk, RBHS allows twins to be in the same class if the parent desires.

“Many parents want their twin children to develop relationships and experiences that are unique and different from their twin. At Rock Bridge we try to honor these requests as best we can,” Alexander said. “There can be benefits of siblings being in class together. For one, assignments being the same can help if one misses school. They can also help each other with homework. One drawback might be if siblings are overly competitive with each other or if they bring conflicts from home to school and those conflicts affect their ability to function at school.”

Sisters close in age can sometimes become competitive, but that is not the case for the Banker family. Freshman Logan Banker, junior Morgan Banker and senior Jordan Banker love how going to the same school allows them to support each other. Because they are in different grades, they don’t possess the competitiveness that some twins have. The second eldest of the group, Morgan Banker, never wishes that she attended a different school than her siblings.

“It’s pretty cool [to have my siblings go to RBHS]. I don’t see my sisters often because RBHS is so big. I would say it’s better [to have them go to the same school as me] because we can, in a sense, look out for one another,” Morgan Banker said. “I can’t think of any cons to having my sisters at Rock Bridge with me. It’s not a nuisance or hardship at all.”

As a freshman, Logan Banker was glad that her sisters were there to guide her through her first year of high school.

“It’s nice, I don’t have to ride the bus,” Logan Banker said. “They helped me get involved right away in clubs because I was super confused.”

While having family members at school can be good for having each others backs in struggling times, it can also be hard if family members are too dependent on one another.

“The only bad part is that when [my brother is] not here it will be a little harder, and I’ll have to find my own confidence here as an upperclassmen next year,” Buster said. “I would never wish to not go to the same school as my sibling. My friendship with my brother is great and I’d really miss it if he wasn’t here.”

0n what they would do in the White House