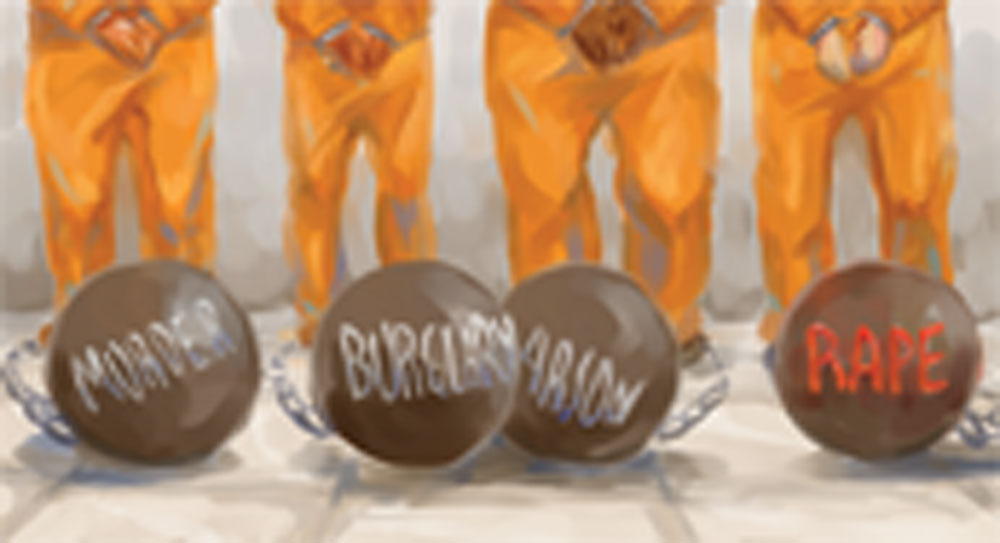 Many consider the recent video of Donald Trump bragging about sexually assaulting women to be disturbing. As a presidential nominee, he should not be allowed to talk about sexual
assault in such a casual and arrogant manner, nor should anybody else. Society does not take sexual assault seriously enough and needs to change its mindset on how to treat sexual assault victims.

Some people think the girls who get sexually assaulted are at fault, but that is not true. Why is it so hard to believe it’s not the girl’s fault? She is never “asking for it.” Predators force it upon the victim against her will.

Rather than being treated with care and understanding, victims are told they should have tried harder to stop the assault or that they encouraged their attacker by wearing “revealing” clothes. Last year, at Eastern High School in Lansing, Mich., a teenage boy sexually assaulted a 14-year old girl in a stairwell. The attacker was charged and pleaded guilty in court. But instead of the girl being treated like the victim that she was, the school suspended the teenager for 10 days for “lewd behavior” for engaging in sexual conduct “regardless of consent.”

It is also important to recognize that anyone can be a victim. While women are more commonly assaulted, the Rape, Abuse and Incest National Network (RAINN) shows that one out of 10 rape victims in the United States are male.

Sexual assault is a non-consentual activity. In the Michigan case, the school suspending the student implied that the victim was at fault for a crime committed against her. But people who are sexually assaulted are never to blame and should be treated as victims.

People say the survivor should have worn more “appropriate” clothing, but is it a person’s
fault that they appeared weak when they got robbed? Is it someone’s fault that they were
shot because of the color of their skin? No, it’s not. It’s the same thing with sexual assault. No matter what people wear or do, if they say no, it means no.

School administrators shouldn’t dictate and control what a girl is wearing, that would be
taking away their freedom. Instead of trying to fix the victim, fix the attacker.

Blaming the victim perpetuates the unhealthy and damaging treatment that ails so
many sexual assault survivors. Furthermore, it creates excuses for the criminals, which makes inappropriate actions seem acceptable.

Because of the psychological and physical damage rapists cause their victims, sexual assailants should suffer more serious consequences than a fine or a few years in prison. In schools, under Title IX, which defines sexism, the school handles sexual assault cases and often lets the accused assaulter off with just a suspension and it rarely results in a prison sentence. Sexual assailants don’t deserve to be excused from their crime. They won’t learn if they are just let off with a warning. They need to face the consequences for their actions.
Rather than the school handling sexual assault cases, every instance should be left to the
police because schools are not implementing the right punishments to the assaulters.

Along with schools not doing their job, society is failing victims. Victims having to relive
the event by talking about the assault, but they are shamed, laughed at and humiliated by peers, teachers and sometimes even family.

Today’s culture has to enforce a harsher punishment on rapists to teach young boys and girls
that it’s not okay to sexually assault someone, and that it’s a serious crime that does a lot of
damage. The nation needs to stand up for rape victims and ensure that the attacker receives the right consequences for their actions.

High schools are not implementing severe enough punishments for teenage sexual assailants.
Instead of high schools dealing with sexual assault cases, it should be the police. Contact your local senator or representative and your school board to change how sexual assault
cases are handled in school.

Films that inspire the holiday spirit