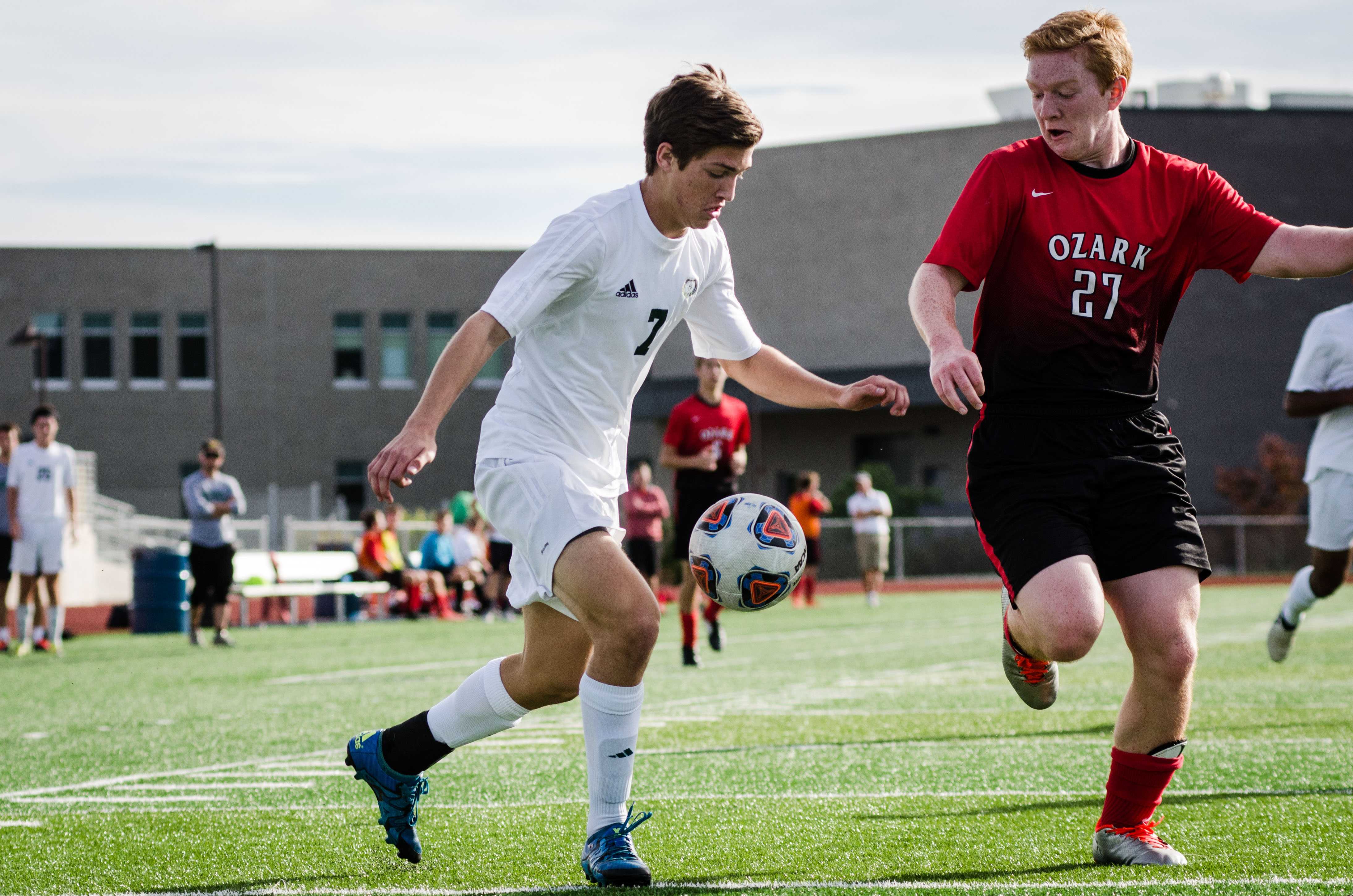 Senior midfielder Carson Raetz fights to keep possesion of the ball during the quarterfinals against Ozark High School Nov. 5. After today's state championship loss against Rockhurst 2-0, the soccer team will play again tomorrow for the third place title. Photo by Yousuf El-Jayyousi

[dropcap size=”4″]Y[/dropcap]esterday, Nov. 10, the school came together for a pep rally to bid good luck to the boys soccer team who reached the final four in the state tournament. After a successful season this year and impressive wins in postseason play, the Bruins looked to find success at the state level. Unfortunately, a second half surge from Rockhurst resulted in a 2-0 loss for RBHS.

Following the first half of the game, the two teams were scoreless an intense game controlled by strong midfield play. Rockhurst broke through at the beginning of the second half, taking a 1-0 lead in the 41st minute. Rockhurst added another goal later in the half, winning the semifinal match 2-0.

“We expected to win. [After this game I felt] not good,” senior midfielder and team captain Drew Stanowski said. “We thought we were going to win and [we] just didn’t play our best.”

The loss places the team in the third place game against Francis Howell North.

“Tomorrow we just need to come out and play for our pride. If we play like we have all year, we will win,” junior midfielder Johnny Klein said. “No matter what happens tomorrow, the season was a success. We worked hard all year and have earned our spot at state.”

How do you think the soccer season went? Comment your thoughts below.

A preview of ‘Once Upon A Mattress’