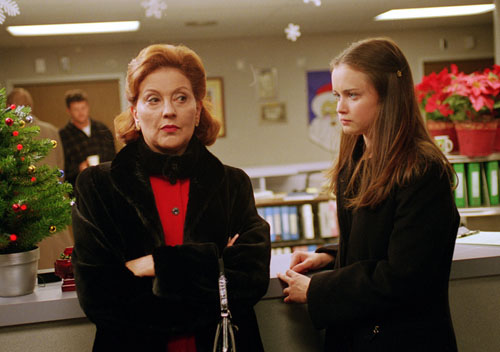 Christmas is more than a holiday; for television shows, it’s an institution. Since the beginning of television, directors and writers have taken advantage of the holiday spirit and have reeled viewers in with classic Christmas themed TV episodes. Here are some of the best Christmas episodes ever created.

Community was a cult favorite show among its fans, full of excessive pop culture allusions and a niche humor that found a home in Tumblr forums. The season 2 Christmas episode, “Abed’s Uncontrollable Christmas” is a perfect example of the unique comedy that Community brought to life.

The episode was special as 75 percent of the episode was in stop-motion animation with the main characters made into toys to help their socially awkward friend process the holiday. It’s just as weird as it sounds, but so well done. Even if you’ve never watched community before, this episode is so original in its concept and production that it’s impossible to not fall in love.

After watching one episode of Bob’s Burgers, you’ll be cursing yourself for not having done it sooner. The hilarious cartoon depicts an eccentric yet relatable family, the Belchers, and their crazy escapades. It’s no surprise than that their Christmas special is a gut-buster. The Belchers are trying to find the perfect Christmas tree and somehow get harassed and chased by a trucker driving a giant candy cane truck; hilarity ensues.

The episode is different than typical Christmas features that focus on the light hearted moods of the joyous season. Rather this episode is full of suspense and the family scared for their lives, in the funniest way possible, of a crazy candy cane truck driver. Bob’s Burgers has proven yet again how to take the most bizarre ideas and make them hilarious for all. 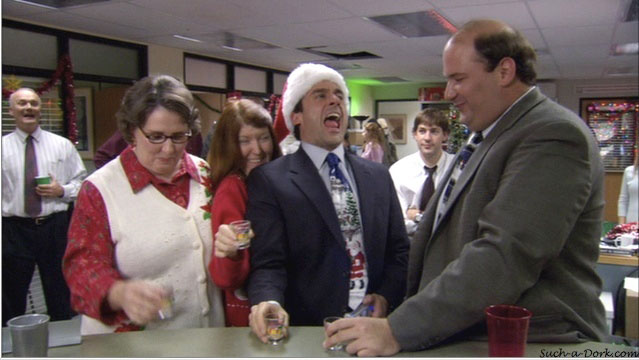 For all nine seasons it ran, the Office was pretty consistent with producing a Christmas episode every season. Therefore, it is incredibly difficult to pick just a few from the  entire series, as each was a masterpiece in its own right. However, easily one of the best was the very first one in season two, “Christmas Party.” The office plays a hilarious game of secret santa that turns hurtful and petty very quickly.

In this early episode, we get to see the adorable romance between Jim and Pam still blooming, accented by the cutest secret santa gift ever given. Michael is still obsessed with Ryan and it’s always fun to see his inappropriate thinly veiled sexual jokes towards Ryan that make everyone uncomfortable. One of the best holiday themed episodes you will ever watch, period.

Compared to all the amazing comedy tv shows just on this list alone, Gilmore Girls definitely doesn’t keep up. That being said, what the show lacks in jokes it makes up in scenery. With beautiful surroundings like Star’s Hollow making up the background, it feels like the viewer is transported to the idealistic small town the Gilmore family live in. This Christmas episode is the perfect time to get lost in the snowy, beautiful world of Lorelai and Rory in Star’s Hollow.