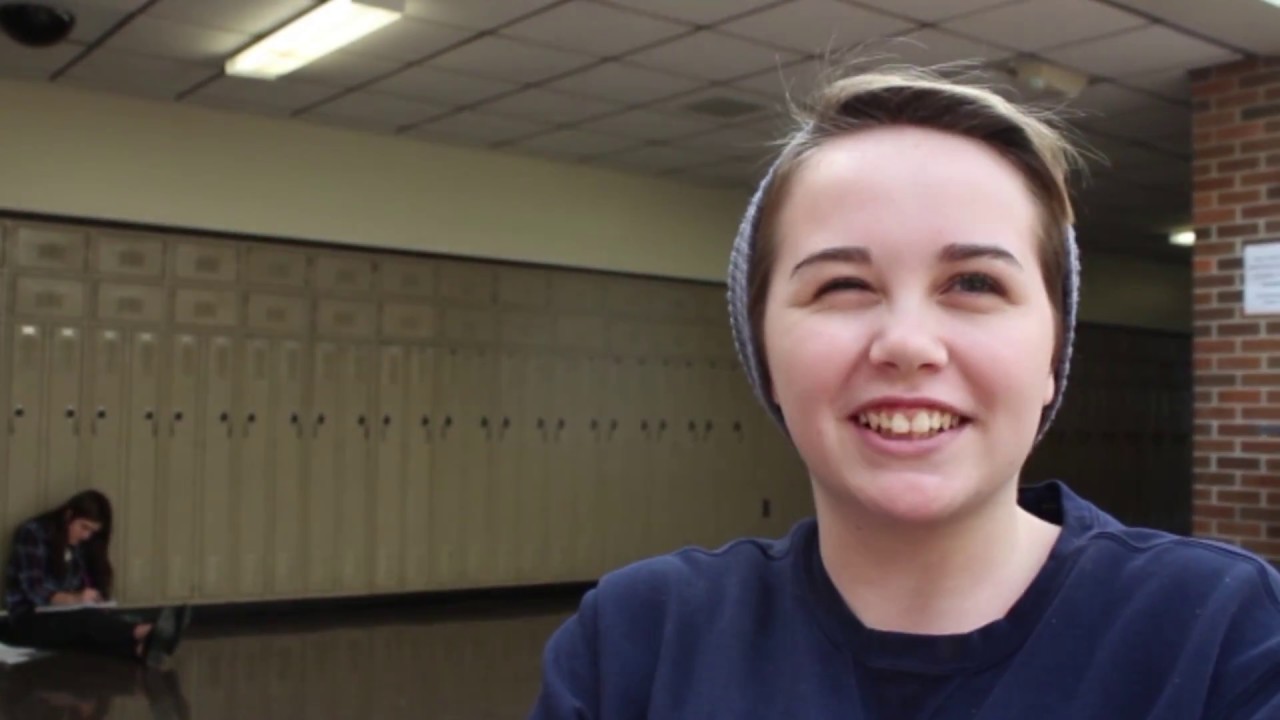 What is reality? On the surface, the explanation seems simple: physical objects visible to the naked eye, memories, history and what science has proven to be true. For many conspiracy theory believers, however, conjecture can often obscure the perception of what’s real and what isn’t.

For instance, some of the top conspiracy theories, according to livescience.com, speculate that British intelligence agencies purposefully planned Princess Diana’s car accident, the 1969 moon landing was a hoax, and pharmaceutical drug companies conspire to make people sick to generate larger profits.

Whether these beliefs are true or not, exploring different conspiracy theories opens the mind up to a new world filled with alternative perspectives, which is why James Broderick, co-author of Web Conspiracy: A Guide to Conspiracy Theory Sites on the Internet and New Jersey City University assistant professor, encourages people to look into them.

“Questioning the ‘official’ story can often be a healthy, and necessary, use of the right of free speech. Many journalists and historians have uncovered uncomfortable truths about the world that powerful people did not want them to discover, so questioning things is often useful,” Broderick said. “But one must also remain skeptical at all times and not jump to conclusions based on slickly produced YouTube videos or conspiracy websites filled with half-truths.”

YouTube is exactly where junior Kevin Kiehne came across a theory called the Mandela Effect, which he fully believes in. The Mandela Effect has recently gained popularity on the Internet, especially with well-known YouTubers like Shane Dawson and Tana Mongeau making several videos on the theory. The phenomenon is the result of many people remembering things that have turned out to be false. For example, many people remember Nelson Mandela dying in prison prior to his actual 2013 death, hence the name of the effect.

Kiehne’s interest in the Mandela Effect peaked after hearing about popular examples, such as how the product White-Out is actually spelled Wite-Out, along with many others.

“That doesn’t even make sense; why wouldn’t Wite-Out be spelled like the color white? And the Monopoly man doesn’t have a monocle. That’s so weird to me because everyone who dresses up like him or talks about him says he has a monocle,” Kiehne said. “Those were the two biggest. Also, KitKat doesn’t have a dash, so that’s also kind of crazy.”

Believers of the Mandela Effect have come up with potential explanations for it, such as the idea that there are parallel universes or alternate realities that people switch between, and what is real in one reality isn’t real in the other. Another belief blames it all on time travel, which Kiehne finds to be the most reasonable explanation despite it having some flaws.

“I don’t really know which explanation I believe in for what causes the Mandela Effect because none of them seem fully thought-out enough. If anything, I think the reason behind the Mandela Effect would be some sort of science explanation, like time travel. I feel like time travel has to be a thing eventually because even if it was 100,000 years into the future, if the world lasts that long, we must have figured it out by then,” Kiehne said. “People could be traveling through time at any time, but then time travel wouldn’t work because over time we become immune to different diseases. So you could be carrying a disease, and if you went back in time it would kill everyone. That’s the problem with that. I’m still skeptical on all of the potential reasons. I believe in the effect itself, just not in how the effect is supposedly caused.”

Like Kiehne, junior Avery Brooks feels that certain conspiracies could be real but isn’t so sure about the explanations behind them. One example of that is the false flag theory concerning the Pulse Nightclub shooting in Orlando, Fla., which occurred on June 12 of this year. The term “false flag” refers to an event deceitfully made to look like it was carried out by a group other than the one that actually planned it. In the case of the Pulse Nightclub shooting, many believe the government set the whole massacre up in an effort to bring attention to the issue of gun violence. Although he is unsure about the motives behind the alleged false flag event, Brooks is suspicious after learning about the theory through social media and researching it on his own.

“A lot of stuff about the shooting didn’t make sense.Videos of it were going around Facebook, and a lot of the people in them didn’t seem right. The fact that just normal people were carrying body bags towards the nightclub was weird,” Brooks said. “Also, the shooter had been interviewed by the FBI twice, so that seemed funny to me. He worked for a private security company and was reported as being someone who could potentially abuse weapons and act violently.”

Brooks also has an interest in the suspicion surrounding the collapse of Building 7. The skyscraper was located near the World Trade Center buildings and mysteriously collapsed despite not being struck by a plane on September 11. Brooks says he does not entirely believe the government’s claims about who carried out the attacks and why. Even though people have disregarded him when he has brought up these beliefs, Brooks thinks it’s important to question such theories because it can lead to valuable in-depth thinking.

“I can’t remember all the questions I’ve asked myself while thinking about those things, but I get a lot of thoughts about what my duty is. Like, what am I supposed to do about this? Should I tell people?” Brooks said. “I think it’s important for people to form their own opinions and think about things like this because it can be a lot of fun. You’ll ask yourself a lot of weird questions that you wouldn’t expect yourself to ask, like, ‘what does this say about my country? My country is supposed to represent me, so does this say something about me?’”

Many believers fall into a similar rabbit hole of questioning facts related to their theories, which is why Dr. Stephan Lewandowsky, the chair of the cognitive psychology program at the University of Bristol School of Experimental Psychology, believes conspiracy theories are generally not something to get involved in.

“Constantly questioning aspects of reality is not healthy. Nobody would get on an airplane designed by someone who thinks aerospace engineering is a vast Communist conspiracy, and who’s replaced real physics with their imaginary conspiracy,” Dr. Lewandowsky said. “[The effects of conspiracy theories] are generally negative, as they probably alienate [believers] from many others around them. However, it’s hard to say because there can be positives, too, since a conspiracy theory can give meaning to someone’s life.”

Broderick believes the effects of conspiracy theories vary from person to person, as someone’s unhealthy obsession is someone else’s lifelong passion. He mentioned that Albert Einstein was practically consumed by the theory of relativity until he arrived at his conclusion; Thomas Edison spent years obsessing over how to create the light bulb, and novelists spend years preoccupied over the plots of their books. He draws the line of what’s healthy and what isn’t at obsessing over negative thoughts. He believes any time someone closes his or her mind to the possibility of new information, that’s definitely harmful.

“Questioning aspects of reality is generally rather fruitless: the earth revolves around the sun; the earth is round, not flat; the laws of physics are real; people are not holographic projections, etc.,” Broderick said. “To question such reality seems to me to be an act of delusion, and certainly not healthy. But in terms of conspiracy theories, I think one could make an argument that keeping an open mind to the possibility of a different interpretation of events — in light of actual conspiracies that have occurred throughout history — is not necessarily a sign of deluded thinking and might actually be healthy, for the individual and the society.”

For Kiehne, theories like the Mandela Effect are usually just something interesting to think about, although they often lead him to more serious thoughts.

“Sometimes theories are just fun to believe, but at the same time they get me thinking, like, what other things have I been thinking are real all this time that really aren’t real? If this is an actual thing, who’s causing it and why would they be doing it? Is it purposefully happening or is it unintentionally happening?” Kiehne said. “The Mandela Effect is just a little thing that is fun to think about, but it does make me open to think about other conspiracy theories because if I thought a certain thing was one way all along, then there could be other things that aren’t really true. Some conspiracy theories have to be real, because if you have so many different theories, at least one of them has to be true.”

Theories that are easy for Kiehne to believe are usually the ones with smaller implications tied to them, such as the one suggesting that Marilyn Monroe’s death was staged and she was actually murdered instead of having committed suicide. As for theories like the illuminati, a fake moon landing and the U.S. government planning the Sept. 11 attacks, they are either too ridiculous or too scary for Kiehne to accept.

Although Kiehne’s beliefs seem fairly logical and even mundane compared to those of others, his perception of reality has definitely been altered, and he feels more open minded to different ideas. Even though Broderick encourages people to investigate different theories and beliefs, he warns against doing so without researching all accessible evidence.

“There is simply no way to generalize about individual belief in conspiracy theories. Public opinion polls show that many people believe President Kennedy was killed as the result of a conspiracy. Other polls have shown that many people believe the government is covering up evidence of extraterrestrial visits,” Broderick said. “It would be hard to prove [if] these beliefs have negative or positive effects on the people who believe them. But I would repeat my notion that anyone who has decided to believe a theory — whether an official government theory or a conspiracy theory — in disregard of all the available facts is probably not acting in his or her own best interest.”