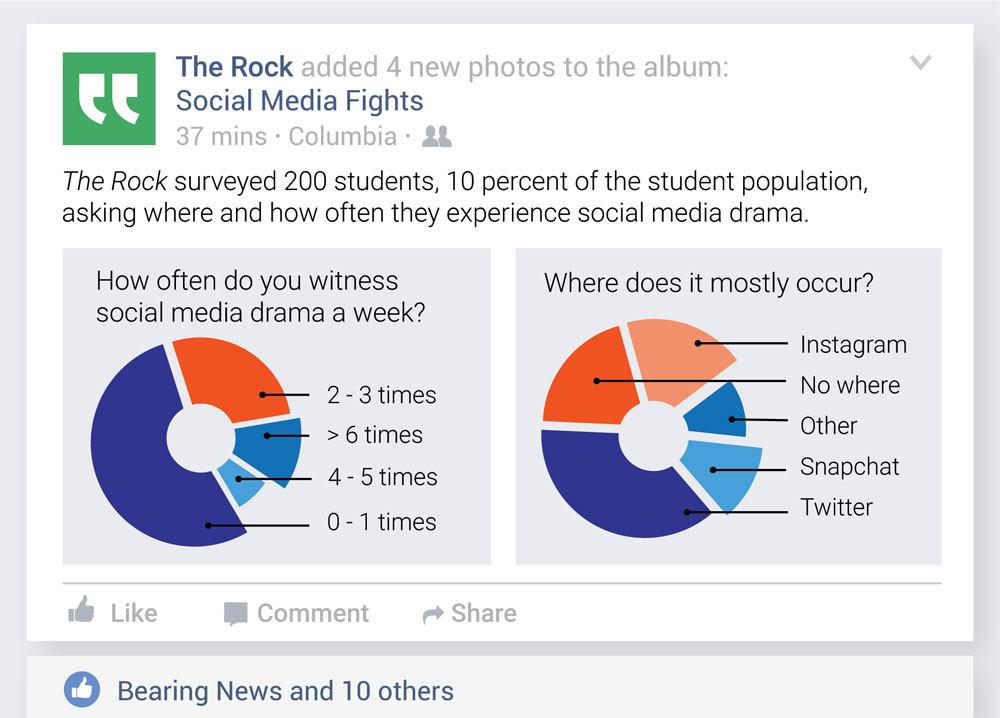 In an age of improved technology and social media, messages, comments and opinions can be distributed  nearly instantly. In turn, many high school students become victims of bullying and harassment that takes place behind screens. A new law in Missouri would impose significant consequences on students involved in conflicts, both in person and online.

Section 565.090.1 of the Missouri Revised Statutes asserts that if an individual causes “emotional distress to another person,” one can be charged with first-degree harassment and a class E felony. Third-degree assault and a class E felony can be administered if an individual “knowingly causes physical injury to another person,” according to Section 565.054.1.

Because of the severity of these consequences, assistant principal Dr. Tim Baker does not support the new legislation.

“We are not against the law itself, but we are against consequences that are associated with the law,” Dr. Baker said. “These things can literally lead to a felony. A felony for a high school kid is severe. You don’t need a felony on your record because you made one mistake on social media.”

Nearly all of the social media harassment issues that Dr. Baker deals with occur on Facebook and are typically reported by students, he said. After the problem is introduced, assistant principals must follow a new investigation protocol assigned by the Columbia Public Schools (CPS) district.

“We determine whether [the harassment] gets reported [to law enforcement] or not,” Dr. Baker explained. “If [the incident] fits into the definition of bullying as the district’s policy states it, we  report it to Officer [Keisha] Edwards. Hopefully, it isn’t a law violation, but that’s for her to decide, not us.”

The Student Handbook for the Columbia Public Secondary Schools defines bullying as the “intimidation or harassment of a student or multiple students.” Whether the bullying occurs physically, verbally or online, the impact reverberates beyond just the involved students.

“The problem with social media is that everybody sees it,” Dr. Baker said. “[Cyberbullying] affects teachers as much as everybody because, if something gets out there at night, by the time we get to school the next day, everybody knows about it, and it does affect classrooms, and that does create problems for teachers.”

The Cyberbullying Research Center reports that more than half of all teens experience cyberbullying and 10 to 20 percent experience it regularly. Sophomore Evan Eimers has endured firsthand experiences of bullying. A victim of rumors and invasions of privacy as a result of social media, Eimers understands the issues that arise from online harassment. As a result of her personal past, she believes the new law will be beneficial.

“I’m all for the law to stop people from publicly harassing others,” Eimers said. “Anything to ensure that girls or guys have the safety and security they need to be in their own school.”

For students such as senior Boon Palipatana, however, social media has been nothing but positive and helpful.

“Having family in Thailand, it’s not every day where I can stroll across the street and talk to them, so thanks to new innovations like Facebook, I can interact with them,” Palipatana said. “I think for the most part, social media is a good thing and you have to know how to ignore the negative things that pop up and focus on the positive stuff.”

Regardless of what incidents have occurred or might occur in the future, the goal for Dr. Baker remains the same.

“Our number one priority is to keep kids safe,” Dr. Baker said. “If we have an issue, we will make sure the kids are safe at school. After that, we are always going to call parents and let them know; that’s a big priority. We have to keep parents aware at all times just in case something happens at home.”