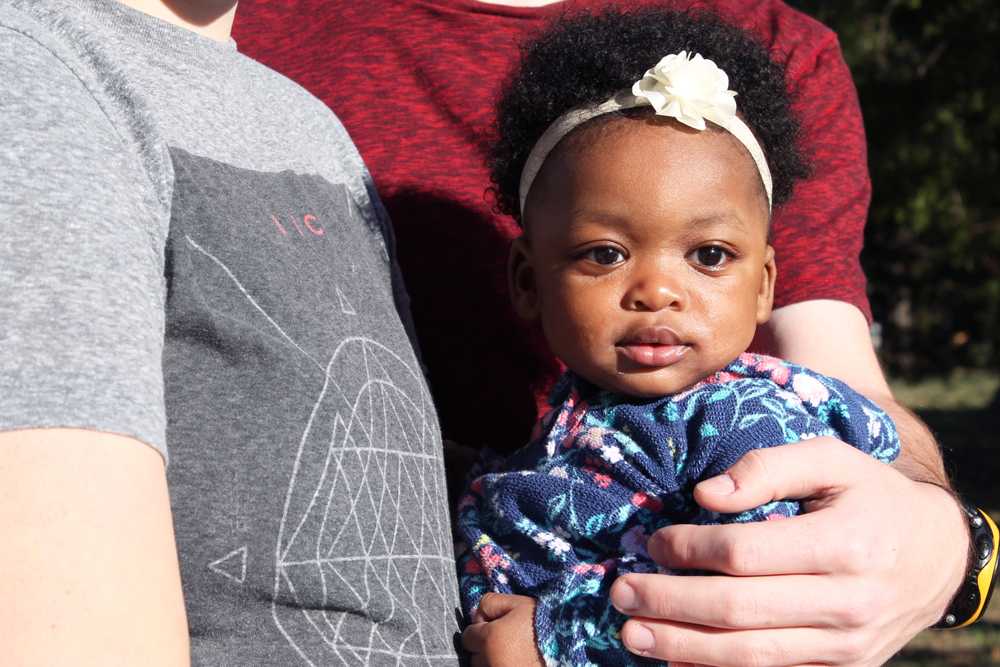 At 39 years old, Resa Kerns was similar to any other woman her age. She was transitioning her career from an attorney to a job in law librarianship, her parents were approaching retirement and she was single, like 124.6 million adults in the United States, according to Public Radio International. In 1998, however, she chose to adopt.

“I was ready to grow my family by adding a child to it, and I felt that I had a lot of love and nurturing to offer a child. In China, there was a little girl who needed a family in order to grow and thrive and be her best self,” Kerns said. “[China’s adoption] system was compatible with what I thought I could handle at the time. I did a ton of paperwork and filed it with the Chinese government (with the help of an adoption agency here in the United States). Chinese officials matched me with Riley. I traveled to China to finish the paperwork and bring her home.”

Although she was excited to become a parent and raise a child, Kerns worried if her child, freshman Riley Kerns, would have any lingering health issues or that she and her new child wouldn’t get along. She soon found that these anxieties were unnecessary.

“I worried a little that our personalities would clash, but that happens in biological families, as well. As it turns out, we are a pretty terrific match,” Resa Kerns said. “I was also definitely concerned about making sure Riley knew about her heritage and the culture she was born into. It’s an important part of her history, and I wanted to be sure I honored that.”

The Kerns family not only celebrates Riley’s background, but also strives to expose her to cultures and experiences from all around the world. Her family has visited Niagara Falls, the Grand Canyon, the Redwood Forest and Mount Rushmore, among others in the United States.

“We’re just like a regular family. We’re very close. Any moment at the dinner table is a good memory. Not as many families eat meals together anymore, but we’ve always tried to eat together,” Riley Kerns said. “It’s where we have the most laughs and most fun — as well as any trips [we’ve taken]. My family wants to help me see as many places as possible, so our vacations are good times when we’re all together.”

Elizabeth Ehlen, director of placement services at A Gift of Hope Adoptions based in Columbia, Missouri, said there is a variety of reasons parents come to them for adoption.
Though they do not deal with adoptions overseas like the Kerns’ situation, she said international adoption is declining in the United States and that only certain agencies do because they have to be Hague (Hague Convention on Protection of Children and Co-operation in Respect of Intercountry Adoption) approved.

“Most of our adoptive parents are coming to us from some degree of infertility. Either they’ve never had the opportunity to have children at all biologically, or sometimes they’ve had one or two but are unable to have more for whatever reason,” Ehlen said. “Most of our birth parents come to us actually for a wider variety of reasons; it could be they financially can’t take care of another child, it could be they are in a situation where the state would remove the child from them if they don’t place the child privately. There could be drugs, it could be age-related, like a teenager. There’s a lot of different reasons that can contribute to a decision that would make you need to place a child for adoption.”

Riley Kerns has always lived with her mother as well as with her grandma and grandpa, whom she said have helped her “just as much as my mom has.” For her, the dialogue around adoption was always an open conversation.

“I was adopted when I was just over a year old … there wasn’t really a specific time when I was told [I was adopted], nothing where [my mom] sat me down and said, ‘You’re adopted.’ It’s just something that was talked about and that I knew about for as long as I can remember,” Riley Kerns said. “I’m adopted. It’s part of who I am. I got a great life from it and a great family. It doesn’t affect how I think of myself or how I want others to think of me.”

While her family is settled and content with their current circumstances, Resa Kerns said it was a long journey to get there. Riley Kerns started out in a state institution in Yangchun, China, where her mother adopted her.

Once she was in the United States and old enough to begin school, her mother enrolled her in a private Montessori school until fourth grade, when she switched to the Columbia Public School (CPS) system.

Now 15, Riley Kerns is thankful for the family she has, acknowledging the 400,000 children, but only 100,000 children legally open for adoption, in foster care in the United States in 2015.

“I was lucky to become part of such a wonderful family who wants what’s best for me and will love me unconditionally,” Riley Kerns said.

While the adoption was a success and has proved to be an integral part of her life, Ehlen recognizes the struggle some families undergo when an adoption doesn’t go as expected.

“I would say one of the hardest parts about my job is what we call a match failure where birth parents and adoptive parents agree to move forward with an adoption and then the birth parents change their minds, which they have absolutely every right to do,” Ehlen said. “When you had adoptive parents who have been preparing to welcome the baby home and then all [of] the sudden that baby isn’t coming home, that is really hard for everybody — birth parents included.”

Despite the potential failures, for Resa Kerns, the addition of her child in her life has only confirmed her initial beliefs on adoption and the benefits of helping a child find a home.

“[Riley] is just as much my child as any biological child would be,” Resa Kerns said. “I couldn’t possibly love her any more than I do [already]. Plus, I got to build a family with someone who was already out there and who needed a family of her own. I consider our family doubly-blessed.”

Women in STEM speak out against sexism