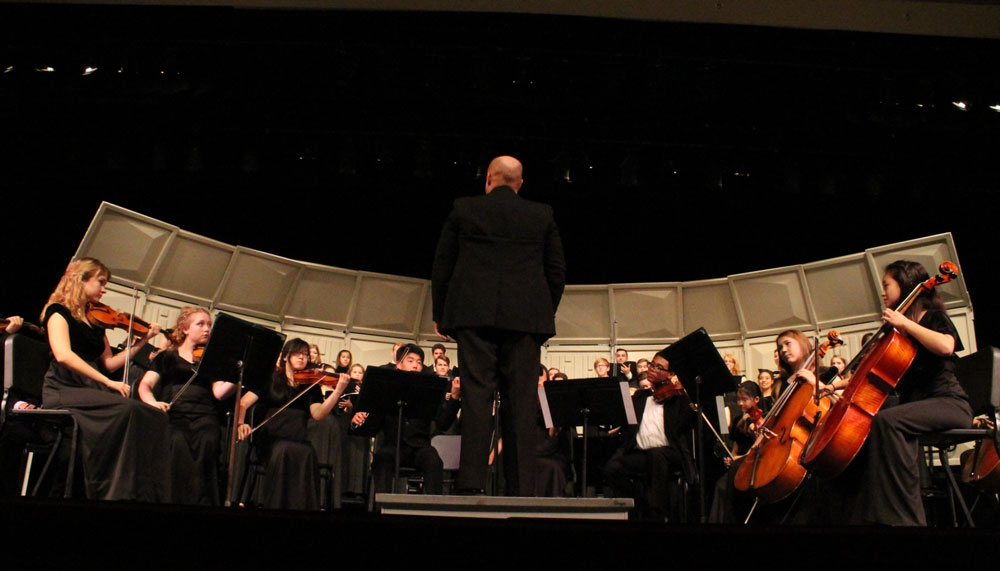 Bows, suits and strings filled the auditorium, March 16 as Chamber Orchestra attended an optional clinic at Battle High School. Their goal was to help improve their skills for their upcoming competition in Mexico, Missouri. Judges critiqued students on playing and technique and also gave advice to enhance their abilities. They were also able to talk to professors in the clinics that helped them become more skillful on their stringed instruments.

“After the clinic and activities, we initially performed for [the professors],” Sophomore Laura Scoville said. “It was a good chance to really figure out how to play better for our upcoming competition.”

There were many helpful tips involved with the whole ordeal, but some orchestra members saw this experience to be more of a fun bonding session. Sophomore Zain Ibdah really enjoyed being able to play games and enjoy time out of school.

“It was really helpful during the clinic after our performance,” Ibdah said. “But, during the break after the clinic, a lot of us played a card game called Mafia and it was so fun. We were just laughing our butts off the whole time and I feel like I bonded a lot more with the orchestra members that I haven’t talked to as much.”

Sophomore Leo Zhuang felt similarly to Idah regarding that the clinic was more for fun rather than for learning.

“I didn’t get get much out of it, except for hanging out with people and meeting with the state’s orchestra director.” Zhuang said.

Despite the fact that the goal of the festival was to help Chamber Orchestra with bonding and skills, others thought it was extra and unnecessary. Scoville, like Zhuang, felt that the festival could’ve been done in a more efficient and less time consuming manner.

“I think it helped a bit but I definitely don’t think it was necessary to be gone the whole day,” Scoville said. “I missed an important Spanish test so that kind of sucked, but overall I thought it was fun.”

All in all, the Chamber Orchestra festival was a somewhat helpful and fun event. Although some members thought it might have been slightly unnecessary, many had a good time whether that be in learning a new skill or playing games.

“I feel like it wasn’t big enough to take a whole day for it, as it was more of a festival rather than something more significant and enlightening,” Zhuang said. “I still had a good time and I enjoyed talking to the professors.”