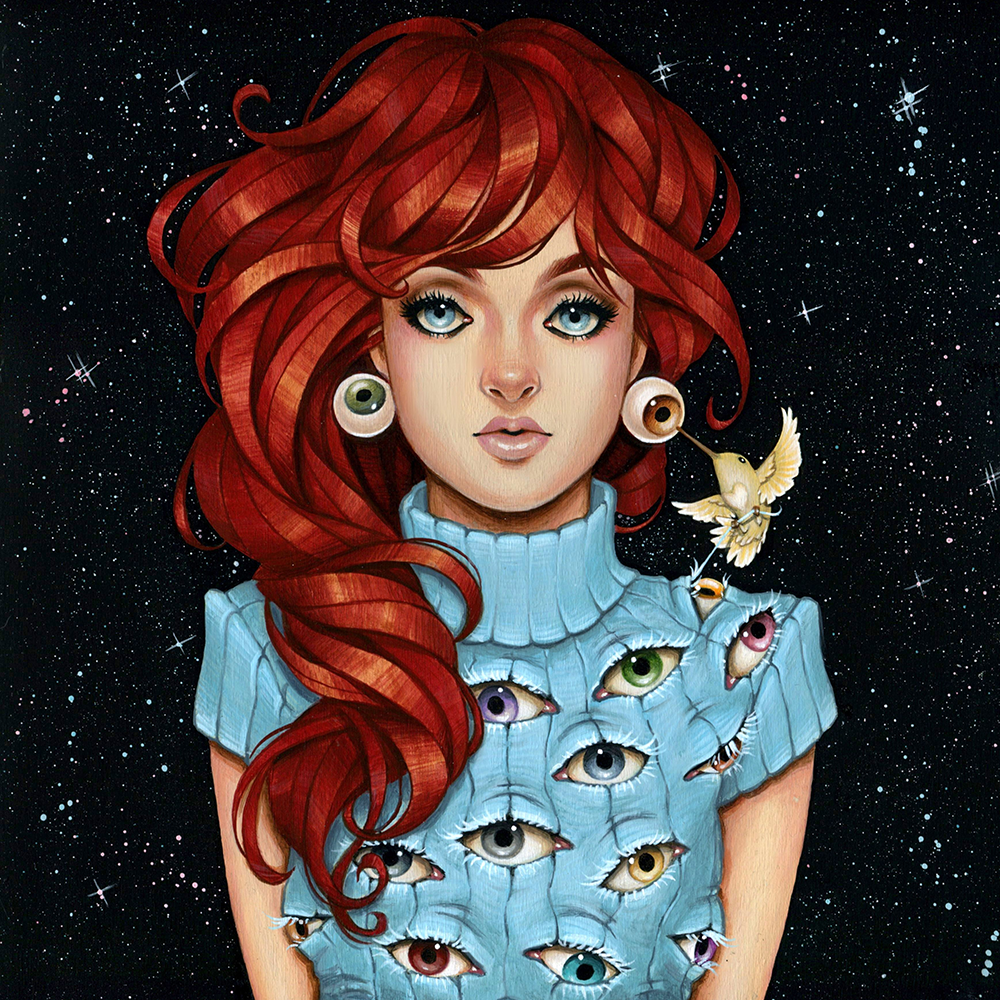 Hello again and welcome back to Drawing the Lines! In this installment, I will be focusing on the work of an artist who inspires me to further explore a range of traditional materials and portraiture: Glenn Arthur.

Glenn Arthur is an artist based in United States that focuses primarily on female portraiture and human figure. Utilizing traditional mediums such as acrylic, marker, ink, watercolor and graphite, his pieces showcase his knowledge of light and shadow and how they fall on the face and body. As someone who also loves to paint people, I’ve looked to Glenn’s work for inspiration on numerous accounts for ideas on how to render my own paintings of people.

I adore Glenn’s ability in rendering the faces on his portrait subjects. With any of the traditional mediums that he uses, he consistently is able to imitate the look of lush and voluminous lashes, perfectly sculpted brows, shimmery washes of eyeshadow and fully filled lips. Even the cheeks and jawlines in his work are contoured and highlighted to bring each model’s visage closer to the viewer. This acrylic painting, for instance, was the piece that led me to Glenn’s Instagram account a few years ago.

What immediately caught my attention about this particular painting was, of course, the way he rendered the face and imitated the look of mascara, eyeshadow, brow pencil, blush and other such cosmetics. The highlight on her lower lashes, tear duct, cheekbones, brow bone, nose and lips bring a sense of three-dimensionalism that pushes the face outwards from the flatness of the board. Outside of the face, the shading and lighting in the subject’s hair, clothing, hand and prop build the sense that the piece is not just a painting, but a reminiscent ode to a model in a vintage photoshoot. As another example, this piece is another one of favorites.

Once again, the face immediately catches the viewer’s attention with the details of cosmetics and the contouring of its features. Laid against the dark, starry background, the figure pops out further from the painting surface and protrudes as the subject. The rendering of the sweater blends into the details of the assortment of eyes, also given the cosmetic swipes, that are both beautiful but give a subtle creepy feeling. The hair, as wild and tangled as it is depicted, looks perfect; with each wave sculpted and shaded, the locks resemble thick ribbons of crimson that dance and draw attention up and around to the face. The hummingbird, a recurring trademark in Glenn’s work, also provides a cute “distraction” from the otherwise unnatural factor of the eyes.

Here are some more examples of his work:

In addition to his painting style, I love how Glenn’s concept sketches and inks translate into his finished pieces; the clean lines in his preliminary designs always immerse themselves into each completed painting and provide a structure to the brush strokes.

Glenn created an inked version of this particular subject composition. Even in this line work, he still pulls off the effect of cosmetics on the face and the most subtle yet effective highlight on the eyelid. Each ink stroke is clean and crisp, and sets up the “frame” for the piece. Now, when you look at the painted version, the lines have pulled back in some sense but remain visible enough to still hold up the colors and the strokes in the composition; where the boldness of the lines have been lost is the vibrancy of the tones and color palette. This trade off is something I find fascinating in painting, and yet another thing I want to try in my future work. 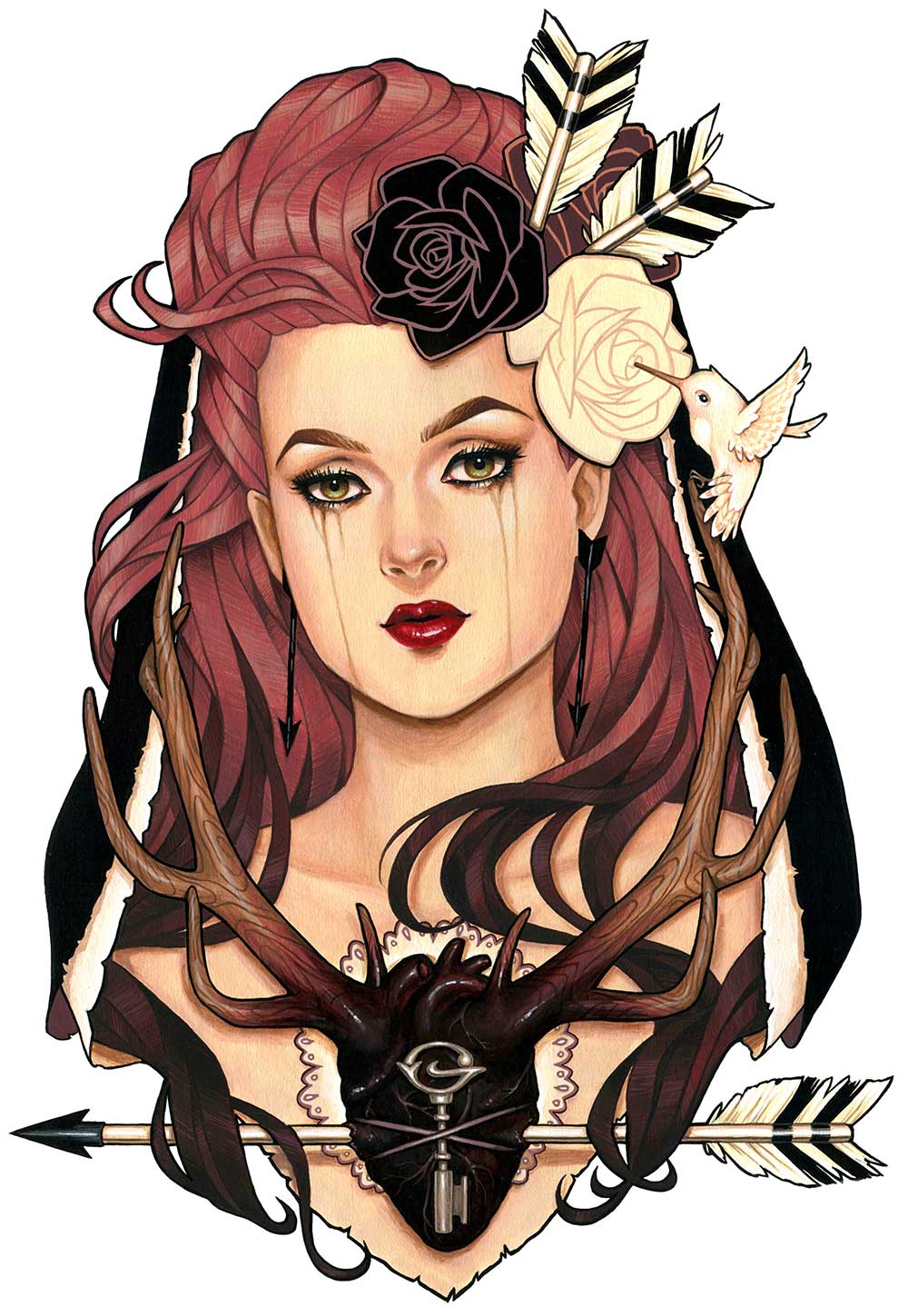 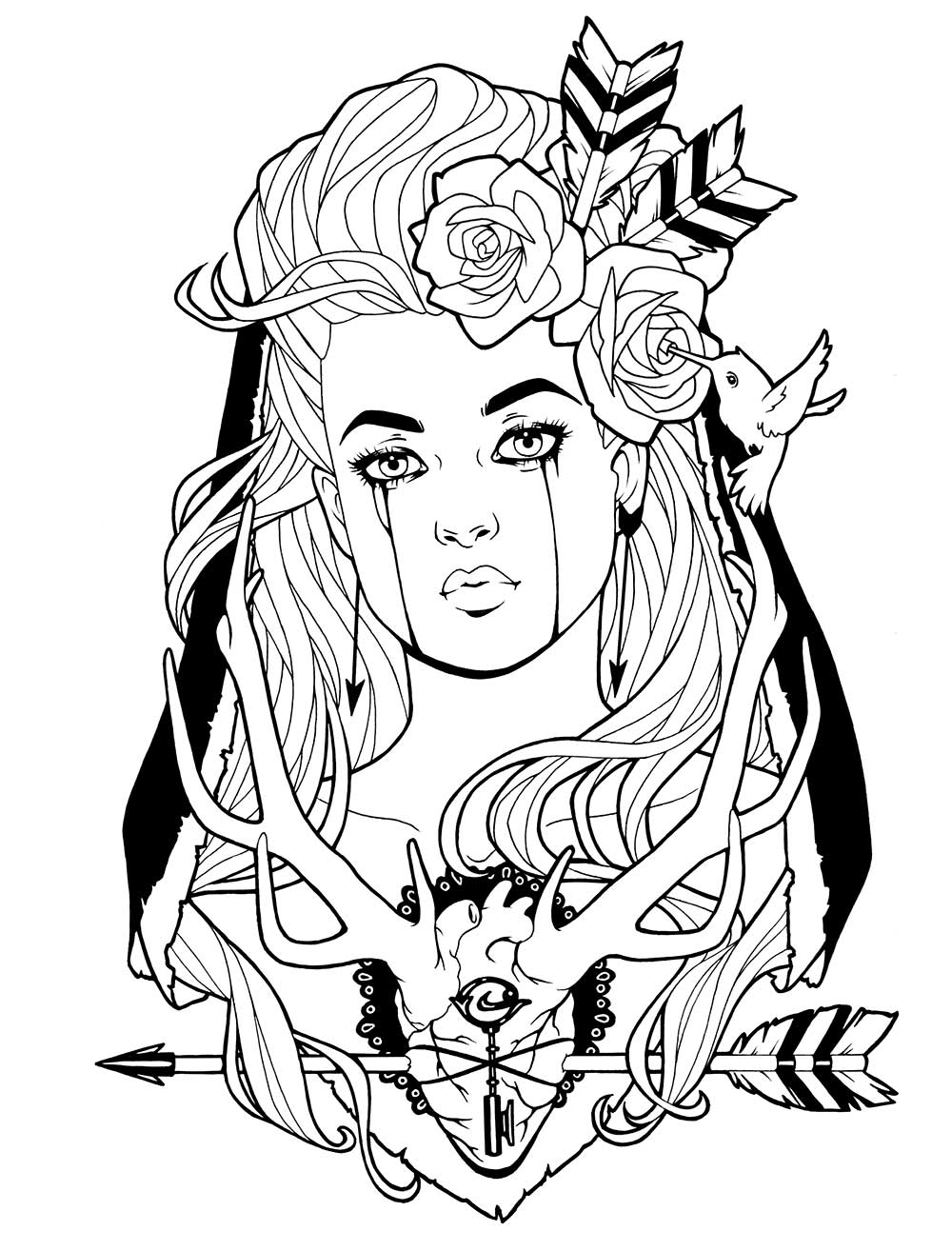 For this week’s example, I wanted to focus on rendering a painting — reminiscent of how Glenn paints in his work. I chose an eye as my subject, as painting cosmetics and achieving the look of makeup is something I had never attempted before, yet something I had always wished to try. To start, I actually created a structured preliminary sketch, which is something I don’t often do; usually I have no patience at the beginning of a painting and want to just dive into the piece, instead choosing to do rough composition with an under painting or colored pencil sketch. If you have read my previous entries, you also know of my struggles with cleaning up my sketches and keeping crisp line art. When I sketched out my eye, I felt nostalgic since when I first started drawing, eyes were the only thing I used to scratch out on any piece of paper I came across. Repeating the same gestures in my sketch was a good reminder of art practice and process for me, and reminded me of how far I’ve come since my stick-figure days.

For this study, I utilized acrylic — a type of paint that has probably become my most used medium this year due to my AP Art classes. Unlike watercolor, acrylic is used straight out of the tube when painting, although it can be watered down to be more transparent. Acrylic is opaque, quick-drying, and highly versatile when used, which is a main reason to why I usually avoid drawing a preliminary sketch since I’ve grown accustomed to painting over my mistakes. This time, I did my best to replicate my clean sketch on my canvas board and kept the original nearby as I painted over the sketch in thin, watered down layers. As I waited for each layer to dry, I applied paint similarly to how one would apply makeup — an exercise that I found quite fun and interesting. Once all of the layers were put down, I went in with a smaller brush to add the small highlights and additional shadows reminiscent in one of Glenn’s pieces. Overall, I really enjoyed this process of painting, and am thankful for the break from the landscapes I’ve been painting all year.

I’d like to thank Glenn for allowing me to write and showcase his work this week. Please send your support his way by following him on any of his social media (Instagram, Twitter) and check out his website! Until next time, have a gradient day and keep creating!

All photos were used with the permission of Glenn Arthur

Joanna Yu, known as Jojo to many, is a sweet and dependable senior. A musically gifted artist, Joanna enjoys Beethoven, Korean popular culture and boba tea.