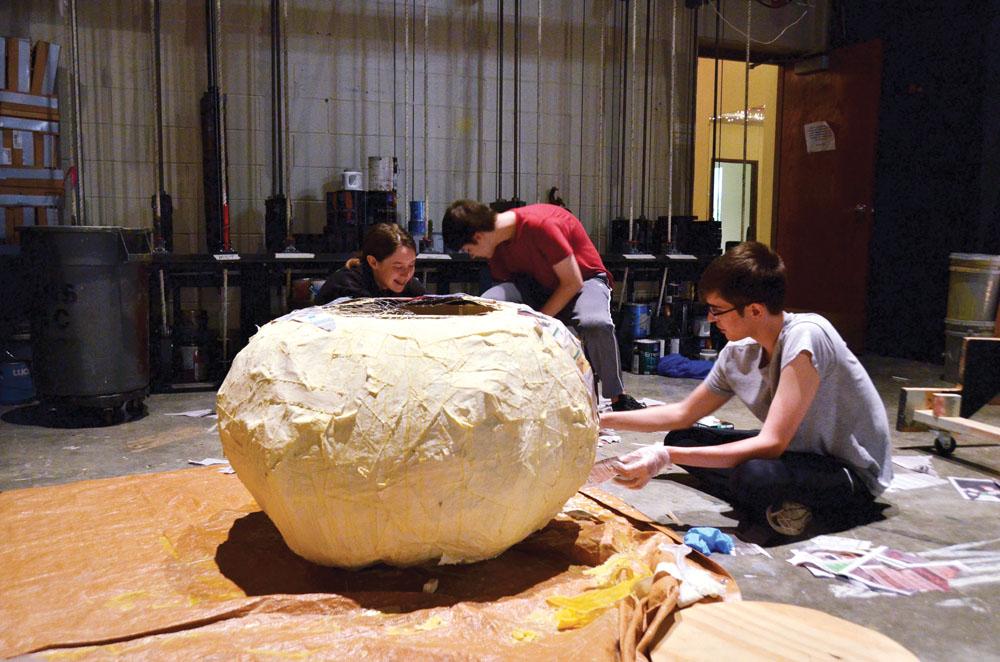 As students leave the halls of RBHS, their report cards and final grades reflect a combined performance of their work in a class throughout the past nine months. Within a few years, however, a final, average score may not be assigned to students.

Standard-based grading (SBG) is a different grading system that has already taken root in some school districts around the country, such as in Madison, Wisconsin. The system will be implemented into elementary schools in Columbia Public Schools (CPS) next year, and gradually introduced to high schools.

The new grading system breaks each class subject into categories or standards, and a grade is assigned for that individual standard without averaging all of the scores. For example, in a history class, separate periods of time represent different standards or categories, and a grade would be assigned to each of those categories based on tests and assignments. At the end of the year, however, those categories would remain separate, rather than being combined into a holistic average grade.

“When you combine all of these scores [in a certain class] and give you an average grade, we pollute the grade and it is falsified. You might just not be understanding two particular topics, but your entire grade might suffer,” Dr. Kevin Brown, Columbia Public Schools’ (CPS) Assistant Superintendent for Secondary Education, said. “So averaging grades is not clear. It does not give clarity. It doesn’t tell your mom or your dad or even you, the student, what you actually know.”

Senior Chris Kohley, multimedia editor on The North Star at Naperville North High School, attends a school that uses SBG. From his experiences, the grading system is a beneficial one.

“In my math class, I might get a 95 percent on section 4A about line plots, and a 75 percent on 4B about scatter plots. That way, I can see where within the chapter I need specific improvement on,” Kohley said. “[SBG] helps me identify what I need to work on and what I’m already good at so I can focus on improving where I need to.”

Kohley has attended schools in which the normal grading system and SBG are used, and believes the latter is more beneficial for students.

“In classes that haven’t had a [SBG] system it really came down to the unit test to decide your whole grade for the unit,” Kohley said. “In classes with [SBG] your chance of failure is smaller because you’re awarded points for what you do know which makes your final grade better. So I’d say I like [SBG] better.”

Jeff Moorman, a member of the steering committee in the Citizens Working to Fix Standards-Based Grading organization, believes there are significant downsides to SBG. Most notably, there is a decreased emphasis on homework and grading is heavily based on assessment scores. As a parent, Moorman believes this lack of emphasis hurts the performance of students.

“I have four kids in school and I found they were less motivated to complete and turn their homework in on time or at all. They were not penalized for not completing and were still able to take assessments,” Moorman said. “So if homework is not rewarded with a grade or not penalized, then they are less prepared for the test. This results in lower test scores for the student and negatively impacts the teacher, as well. SBG is outcome-based education and assessments [are] the main accountability method.”

Dr. Brown, however, said punishment has rarely led to improved scores, and SBG as a whole allows individual students to know which categories need improvement. Furthermore, the new system allows them to set goals and seek more specific help for particular topics that they may be struggling with.

SBG does, however, pose certain logistical problems, especially for the near future. Dr. Brown explained that although college applications may not be affected because many universities have already seen high schools with SBG systems, report cards and teaching and testing styles may all have to be adjusted.

Because of the potential for logistical hurdles, senior Daniel Shi prefers the current grading system as opposed to the new proposed SBG system.

“The current grading system allows for mistakes. If you happen to have a bad unit or don’t understand a concept very well, it’s okay, because you can make up for it on other sections, and your overall grade may not be affected,” Shi said. “The new grading system doesn’t seem as compatible with online classes. Schedules for online classes are much more lenient and the lack of structure may delay grade reports.”

For Dr. Brown, and for researchers like Creative Leadership Solutions founder Doug Reeves, the benefits outweigh any issues that may arise. According to the Association for Supervision and Curriculum Development (ASCD), Reeves said the current grading system creates flaws that injures students. Different experiments from Reeves suggest that inconsistent grading standards, issuing zeroes and punishment through grades for missing work, averaging scores throughout the semester and assigning large projects or tests that can “make or break grades” are common practices in student failure at school.

Dr. Brown, however, believes that explaining these benefits to teachers and parents will pose the largest problem for CPS.

“Students know that [SBG] helps them because it helps them make goals and lets them know how to get better, so they know that it helps,” Dr. Brown said. “But getting teachers and families to buy in, explaining the benefits and answering questions from parent is the hard part.”