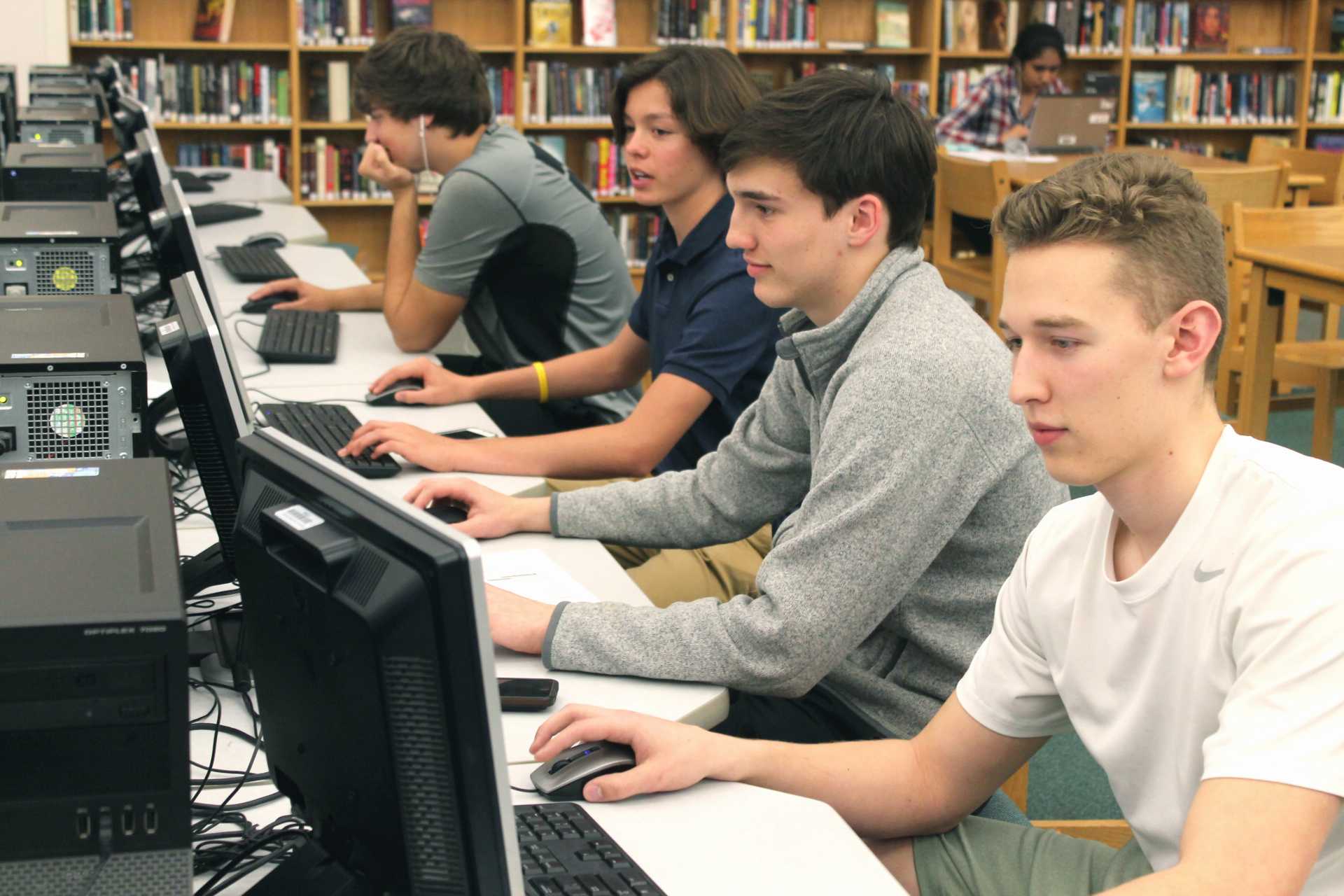 Students will no longer have to stand and wait in line to check out laptops in the media center. Next year, individuals at RBHS will receive laptops for the one to one program.

“I believe that giving laptops will be beneficial to students,” Media Center Specialist Beth Shapiro said. “Students will have a sense of ownership with their devices and will be able to work on them whenever and wherever is convenient, whether it be at school, at home, or at a friend’s.”

On March 23, the Columbia Board of Education decided to pay $3.8 million for a four-year lease purchase agreement, for new laptops for all high school students and teachers. This means that after four years of renting the laptops, the Columbia Board of Education will buy the technology. The cost includes the 400 docking stations, or a hardware device that enables laptops to connect with other devices, which Columbia Public Schools (CPS) will spend $42,000 on, as reported by the Columbia Daily Tribune.

Students have already trialed certain laptop models. CPS administrators originally wanted Dell 3160 Touch laptops, but the district received bids for the Dell 3189 two-in-one laptop. This option combines both a laptop and a touch screen tablet. The district decided to purchase 450 laptops for teachers and 5,500 for students, as reported by the Columbia Daily Tribune.

CPS fund balances will pay for the lease purchase, which is $158,529 more than purchasing the devices outright, as reported by the Columbia Daily Tribune.

Currently, Advanced Placement (AP) students receive mini iPads for their classes, but now that everyone will be receive a laptop, they will be redistributed for grades five through eight, Community Relations Director Michelle Baumstark said. Because of student’s need for a keyboard at the high school level, a switch was made from iPads to laptops.

“We still believe iPads are a valuable tool, and we’ll still be using them in CPS, Baumstark said. “However, once you get to high school, a different device that provides a different avenue of flexibility for older students will be issued.”

Sophomore Kelsey Toepke, who takes AP World Studies and received an iPad at the beginning of the school year, does not approve of the one-to-one program. She said the laptops are not needed.

On the other hand, the laptops will give each student access to technology at home. Junior Elisabeth Glass does not have a personal laptop at home and her school iPad was not convenient or helpful to her, because it did not connect to the internet at home or school.

“Whenever I need to type up a report or do research I’m always thinking about how nice a computer would be. The only consistent access I have to a computer is during my [Alternated Assigned Time] at RBHS, and I don’t have any other kind of convenient devices.”

Shapiro said the curriculum in high school will not change significantly because students already have access to laptops, but Shapiro sees benefits of the one-to-one program.

“There will be lots of exciting opportunities for collaboration, creation, instruction, and research with everyone having their own laptop,” Shapiro said. “The iPads that some students had at Rock Bridge were really never used to their maximum potential, and in many cases they acted as glorified phones.  These laptops will be powerful tools for everyone to use at our already strong high school.”

Do you want laptops next school year? Tell us in the comments below.

There are four types of people

Downtown shines through the darkness