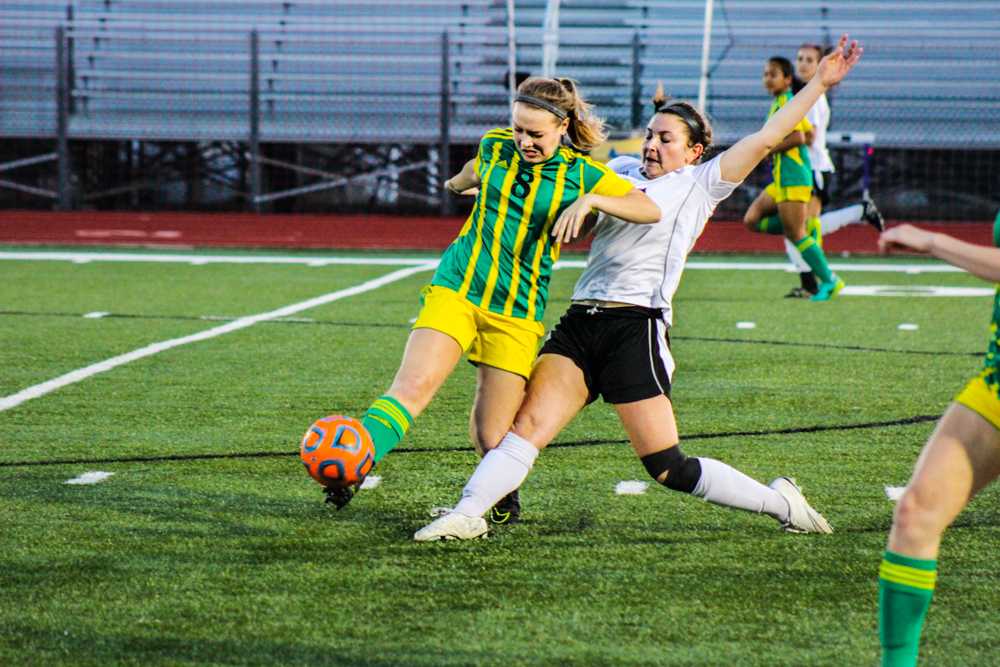 At halftime, the game was at a stalemate; the scoreboard read 0-0. The scoreless tie remained as the teams ended regulation, leading into overtime.

“I think we need to work on keeping up our focus throughout the game and connecting more passes,” sophomore midfielder Beni Adelstein said. “For the most part, we were able to get the ball on the ground and play to feet, but other times we got stuck defending our side and couldn’t create any offensive plays.”

During overtime, RBHS was overpowered during penalty kicks 1-3.  Sophomore midfielder Alexis Kliethermes said that the game was one of the more difficult games in the season, but praises the defense’s containment of Lindbergh’s forwards.

“Today’s game was particularly more difficult than others we’ve played because it was hot and we had played a game the nights before so we were a little tired,” Kliethermes said. “Today though, I felt like we didn’t give 100 percent effort on the field. I feel like that’s something we need to come back next time and fix.”

Although the Lady Bruins’ defeat was met with disappointment from the team, junior defender Paige Lafferty says the effort was definitely there today.

“We really put it all out there as a team and worked to keep each other positive,” Lafferty said. “Our defense line suffered a lot of injuries, but we still managed to stay connected and keep it out of the net with the help of our awesome goalies.Our offense worked really hard and created a lot of great chances on goal, but it just didn’t play out today.”

Today’s loss led to a drop, 6-2 on the season, but the Lady Bruins will have a chance at redemption on Tuesday, April 11, when they go against Jefferson City High School. The team will be playing at RBHS and aim to give it their all.

“Next game we will come out with a lot of intensity like we usually do,” Lafferty said. “We will focus on making those connections up the field and finishing it at the end.”

Will you help support the Lady Bruins on Tuesday? Tell us in the comments below.

on should Trump prioritize jobs or the environment?