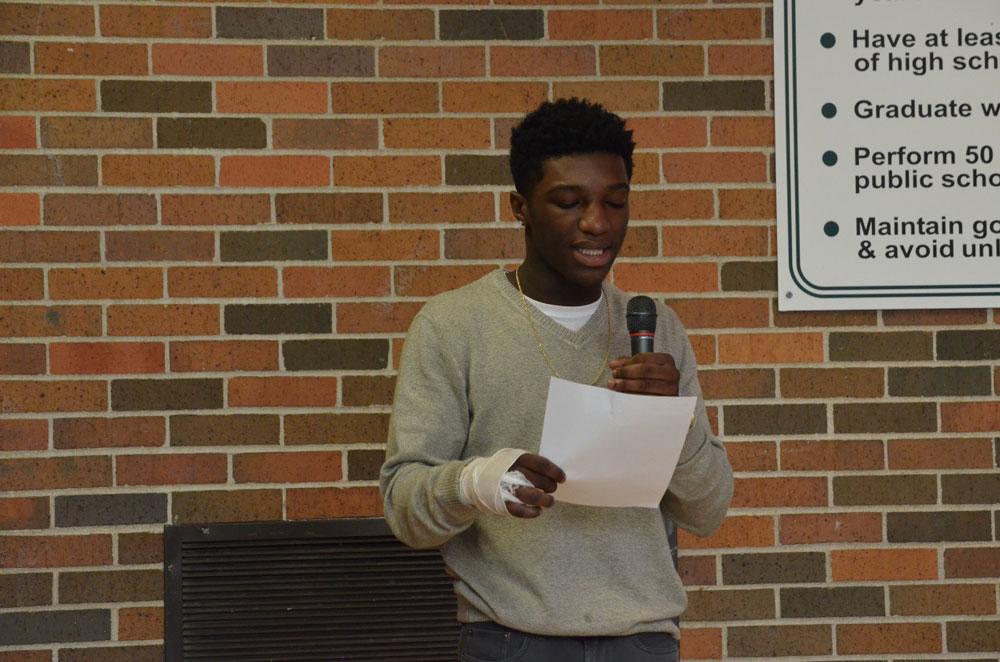 To add to the ever growing list of RBHS clubs, slam poetry will debut Thursday April 13, in room 332 after school for its first meeting.

After getting a taste of poetry’s power, club president, founder and senior Ernest Dorema Jr. hopes to inspire and share this platform with everyone in his school.

“During the time of late February, after performing at the assembly, my passion for slam poetry only grew stronger,” Dorema said. “I wanted to write more and be able to share it amongst others but I also wanted to hear other people’s writing, whether it was on social issues or something make-believe.”

Sponsor and literacy seminar teacher Daryl Moss said the group was long overdue at RBHS. She said she was excited to see students taking part in what she loves: writing.

“I was surprised [the club] hasn’t existed before,” Moss said. “Providing a space for students to explore their writing and ideas and having them support one another in their ideas, not only in the world but helping each other hone their craft —  well, it was just something I was super excited to get behind.”

Vice president David O’Rourke said the expression delivered through poetry will be what sets the club apart, and will be an important part in helping students feel at home.

“Slam poetry is a great way to express yourself, what your going through and what the world is going through,” O’Rourke, a senior, said. “There are so many different paths with poetry and that’s what’s fascinating, because you’ll never expect what some people will say.”

For Dorema, time was no issue, despite being in his last two months of school. As long as his legacy of poetry lived on, he was content.

“Starting [the club] in the last two months before school ends was kind of crazy but i felt like it had to be done,” Dorema said. “I wanted to create something that would impact Rock Bridge for years to come and I feel like this is me contributing to my school and giving back something positive.”