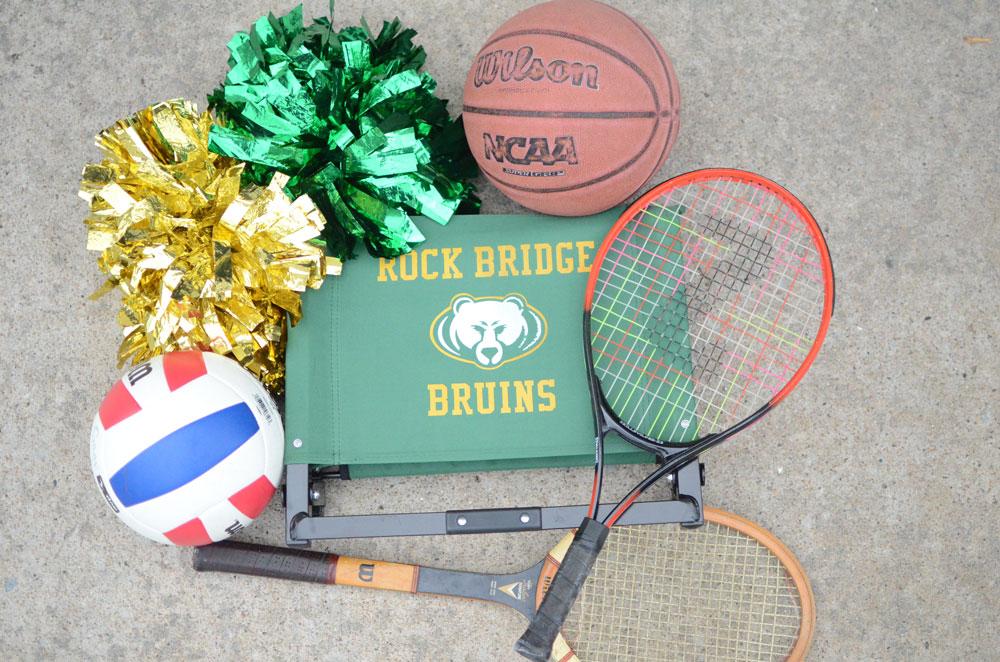 Before winning district championships or state titles, every sports team begins with tryout week. While these first five days of practice vary among sports and differ between athletes, its typical purpose is to cut some players and establish a roster.

For Gary Drewing and the girls’ soccer team, removing players during tryout week is a matter of logistics, as cuts are often necessary to achieve numbers that can be effectively instructed.

“We organize tryouts by placing a number on every athlete that is trying out for the team. We do this to avoid any possible misidentification of a player,” Drewing said. “Soccer is a very subjective sport to evaluate. We use a number grading system to assist in the process.”

Drewing said only full-time students who passed three units of credit in the previous semester are eligible because of Missouri State High School Association rules. Once on the pitch, the effort, energy, speed, endurance, strength, technical ability and skill of players are physical determinants for who makes the team at the conclusion of the first week. In addition, the attitude, work ethic and behavior of the participants play a role in who makes the roster.

After the players have been decided, coaches name an initial varsity and junior varsity team. Over the course of the year, players may move from the junior varsity level to the varsity team, and vice versa, according to the same evaluations used during tryout week, Drewing said.

Tryouts; the mindset of a student athlete

Junior Allison Floyd has played soccer for the Bruins since her freshman year and says the anticipation of the first week of the season is what she most looks forward to.

“Trying out for soccer is exciting because it means season is starting and games are just a week away,” Floyd said. “Over the past two years, I learned that you have to treat every practice like a tryout and go a hundred percent in order to get better.”

Freshman Brett Mooney, trying out for the Bruin baseball team this year, shares a similar excitement, but for a different reason.

“[Tryout week] is sort of nerve-wracking, but at the same time I’m very excited,” Mooney said. “I have learned that the RBHS baseball program is a very competitive one and that whatever happens, I just have to keep my head up and work hard.”

As opposed to soccer and baseball, tryout week has a completely different role for track and field as it is a no-cut sport. Coach Patrick Sasser said the variety of events, the highly technical nature of some of the events and the large number of participants make it a no-cut sport. Thus, the first week of spring sports truly represent the first week of practice for track athletes.

“Tryout week is more about getting kids acclimated to high school track and field — introducing them to the events and getting them in shape. It is about communicating that this is a sport that requires you to work hard,” Sasser said. “Often, track and field can be viewed as a lesser sport so in the first week we are trying to dispel that attitude. Fitness is a huge piece of track and field, and it is very difficult to get kids fit and so that starts from day one.”

Ultimately, regardless of the activity, the first week of spring sports represents a time for players to become accustomed to coaches and for coaches to discover the talent and potential for that year’s team. Sasser explains that from a coaching perspective, meeting a hardworking athlete during tryout week is just as rewarding as finding a particularly talented one.
“[Coaches] honestly take as much excitement in a kid putting in effort who starts off jumping six feet in the pole vault and improves to seven feet as we do with kid who achieves a school record in the pole vault,” Sasser said. “If a kid is willing to work and put in the effort, then we’d love to work with them and coach alongside them.”

Have you tried out for a sport before? What was going through your mind?