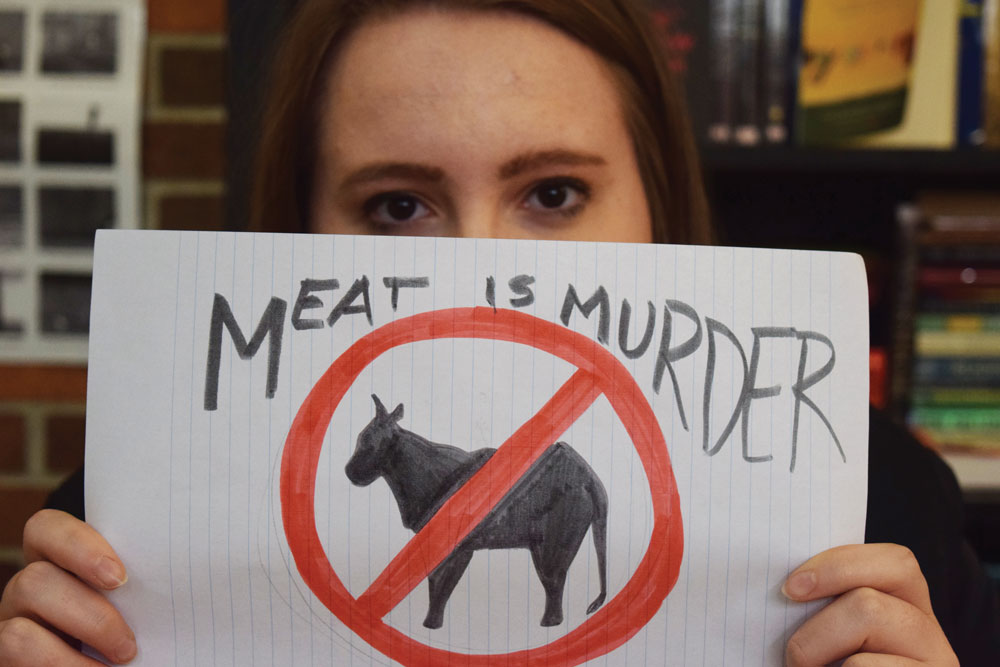 There is no doubt that vegan stereotypes are plentiful. Vegans, in many people’s eyes, are health-obsessed, force their opinions on others, are white, hate meat-eaters, love animals over humans, are too sensitive and are stuck on top of a moral high horse. This sort of mindset has radiated throughout American culture, resulting in the “annoying vegan” archetype.

It’s easy to make fun of vegans, especially since they’re a small minority- about three percent of the U.S. population. Everyone can gather round and laugh at the oddity of a lifestyle with no Big Macs or Frosties.

Unfortunately, like all close-minded judgments, falling back on this perception isn’t helpful in the slightest. In reality, few haven’t actually met a vegan and rely on the internet as a source guide. Just as Justin Bieber doesn’t represent all Canadians, Freelee doesn’t represent all vegans. So here are five vegan stereotypes debunked:

It’s true that some people care more about animals than humans, but that is not a “vegan” thing. The vast majority of vegans don’t just weigh animal life into their decision. They value human life as well. In actuality, the practices used in animal factories are just as harmful to humans as they are to animals. Imagine having a job that involving killing animals on a daily basis for hours on end, in unsanitary facilities. Imagine having hundreds of acres cut down from your country for destructive cattle raising. Imagine not having clean water because of contamination from farm animals. Not to mention, people can care both about animal and human rights — the two are in no way mutually exclusive. What’s more is a large portion of crops —mainly corn, wheat and soy— go to feeding animals. This means that most of the pesticide exposure isn’t really going toward vegans but rather the exact opposite: meat, egg and milk producing livestock.

2. Vegans think they are morally superior

Vegans believe all life has value. This is why they try to minimize their impact on other beings. Vegans don’t think they are better, but rather every animal has a right to live without exploitation. Having a set ideology and way of living out that belief system is integral to human culture. So why is veganism any different? Just like following a specific religion or choosing a specific career, vegans are simply doing what they feel is right. Cutting out animal products is not an attack, so stop treating it as if it were.

Yes, vegans can be nutrient deficient, but so can omnivores. Like any diet, as long as one eats well and enough to satiate them there should be no problems. In fact, there are plenty of talented athletes that happen to be vegan such as Jiu Jitsu World Champion David Meyer, World Champion figure skater Meagan Duhamel and Ultramarathon runner Scott Jurek. There is an abundance of plants, so vegans aren’t just eating grass. There are vegan substitutes for everything, people just have to open their eyes.

Again, there is not one all-encompassing example of what a vegan looks like. Some do it for the animals, others for their health and others for the environment. Vegan alternatives exist for ice cream, chocolate, gummy bears, marshmallows, bacon and more. With all these options, it should be apparent that by no means does vegan equal health obsessed. Just like everyone else, sometimes they like to have a cupcake or a cookie. On the flipside, the average vegan is probably more conscious about where their food came from. Once somebody becomes invested in what makes up their diet, they pay more attention to things like being local and/or organic.

5. Vegans are too sensitive

Empathy is very important to humans. Society shouldn’t look down upon understanding and relating to other beings. It’s true, horrible things happen everyday to people, but being a vegan doesn’t mean denying ill treatment of people. With all the strife in the world, it’s important to understand each other and stop judging others on false assumptions.

In a world of negativity

My best friend is a vegetarian and people always try to test her patience by saying her choice is stupid and try to get her to eat meat. at this point of her life after being a vegan for 7+ years, she honestly has no choice but to not eat it due to the fact that it will hurt her stomach because its so weak at this point. I cannot imagine how it feels to be a vegan for a long period of time and be unable to eat even simple things like cheese and eggs.