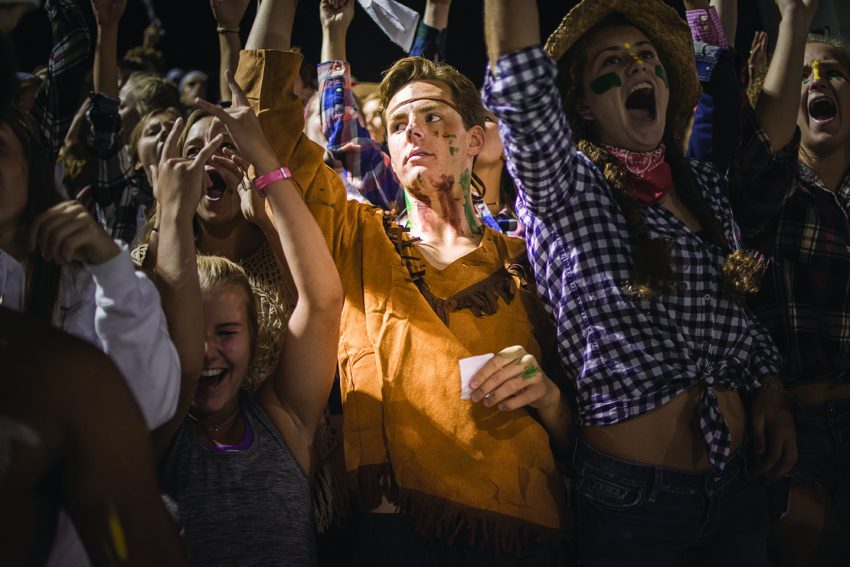 [dropcap style=”simple” size=”4″]H[/dropcap]ome football games bring excitement to the attending student body, especially if against a well-known competitor such as Battle High School (BHS). At the Sept. 1 game, the first football game played at the RBHS field, it’s natural to expect students to go all out celebrating.

BruCrew, a student-run club whose members attend sporting events to support student athletes, often dresses up at such games according to themes listed on their Twitter page. At the BHS game, the BruCrew theme was the “Wild West,” where various students dressed up in cowboy attire. Some participants also chose to dress up in costumes related to Native Americans, which offended some attendees of the game, principal Dr. Jennifer Rukstad said.

“Before [BruCrew] even started coming to the game, we were getting complaints from people who saw them tailgating in the parking lot [who said] they were offended,” Dr. Rukstad said.

Cultural appropriation, as defined by Cambridge Dictionary, is the act of using something from a culture without respecting it. In engaging in this act, freshman Quinn Tyler, among others, felt BruCrew dressing up in Native American wear “was ignorant, insensitive and generally thoughtless.”

“The act of treating Native American outfits as costumes and wearing them as such is demeaning,” said Tyler, who heard about it through social media. “By using native outfits for costume purposes, they are appropriating native culture.”

“As I was one of the people who chose to dress up to the Native American side of the theme … I was personally stunned that somebody could find a piece of our American history offensive, [and it] still shocks me to this day,” Buckley said.

Dr. Rukstad said when this issue was brought to the administration’s attention, the members immediately reacted by approaching members of BruCrew and asking them to change their clothing in order to calm tensions. Activities director David Egan said had the administration foreseen that some would dress up as Native Americans, an administrator would have talked to BruCrew prior to a potential incident.

“They created themes for the entire fall, and when you look at the themes, on the surface they all seem fine,” Egan said. “We see Western theme, we think of cowboy hats, cowboy boots, flannel, that type of stuff. We didn’t anticipate that someone would take it to the idea of caricaturing Native Americans.”

Despite the incident, BruCrew will continue to move forward and “go all out” for future games and themes, Buckley said. Dr. Rukstad cautions, however, that going “all out” has potential consequences and is not the main priority of BruCrew.

“We continue to work with BruCrew and other student groups to help them understand that good ideas are not necessarily good for everyone. The BruCrew, historically, has a difficult time finding theme ideas that are not offensive to somebody. It’s difficult for them, because I think, in some cases, they might not understand why it’s offensive,” Dr. Rukstad said. “It is also very difficult to have a theme that is not offensive. We as an administration try very hard to impress upon on them that what’s important about a student group like that is not necessarily what the theme is, and being there to support your fellow students and represent your school. It’s not just [about] picking a good theme.”

While there is no set policy in place for incidents such as this at RBHS, Egan said that while caricaturing Native Americans was not acceptable, he found the situation a learning opportunity for these members of the school to discover more about the world about them.

“To a certain extent, many of them may not have realized that it was offensive until it was brought to their attention and, you know, not that it excuses it, but at the same time, you don’t know what you don’t know,” Egan said. “That’s part of our job as educators, teachers and administrators to help kids to know.”[/vc_column_text][/vc_column][/vc_row]