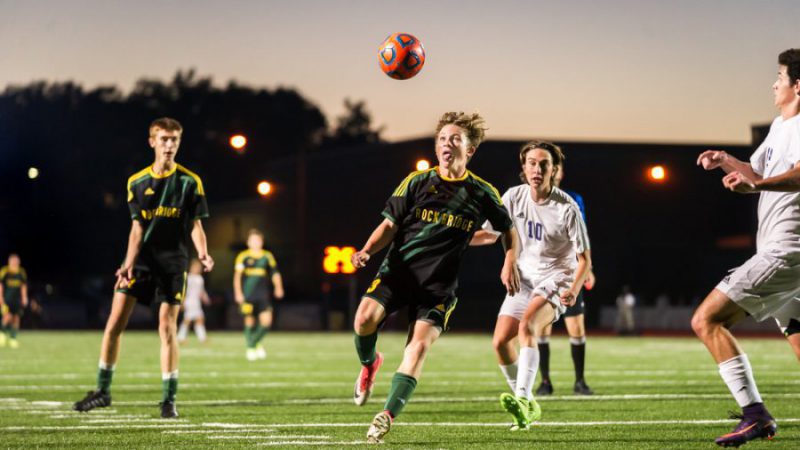 [dropcap style=”light” size=”4″]E[/dropcap]arly on in the school year, the RBHS boys’ soccer team has triumphed in games against Hickman, Battle and Nixa. On Sept. 20 the varsity and junior varsity  soccer teams will play at JCHS. The team hopes to continue to come out on top and make improvements throughout the year, taking the soccer field by storm.

“Our goals for [this season] are to come out and focus on playing more of our style of soccer, passing the ball and maintaining possession,” Head coach Scott Wittenborn said. “Both teams that we will play in the tournament spent time in the top 50 in the nation last season and are very good teams. We hope to show that we are still a very good team, as well.”

Although the team is confident in it’s abilities, they believe there are some goals and improvements to make before they take on JCHS. Varsity player, senior, Praise Tyler wants to personally improve while continuing to have faith in the team’s bond.

“Our team is mostly focused on taking this season one game at a time in hope to eventually make it to state this year,” Tyler said. “I’m trying to improve on my skill as a player and team mate, but I believe we can win our upcoming games because of our team chemistry.”

Despite the relations the team has, Wittenborn also believes the team is already strong, but needs improvements.

“Right now we need to work on playing smarter, not fouling as much, possessing the ball, and playing more patient on offense,” Wittenborn said. “We are excited to just get back out on the field and continue to try to improve each day.”

Like Tyler and Wittenborn, senior Britton Stamps thinks the soccer team is ready for the competition but also needs to prepare themselves to be mentally and physically strong.

“Our team is overall very skilled, but we lack in size and this makes it vital for us to be aggressive and we have been working on ways to beat players much larger than us to the ball,” Stamps said. “We also tend to get too excited on the field and are working on ways to stay calm and play smart.”

Overall the boy’s soccer team is ready for their challenge. The team members are all excited to take on a hard team and make smart moves to better the team as a whole.

“We know that we have a very good squad this year and believe that despite some early setbacks,” Wittenborn said. “Our post season goals are still very much in reach.”

Girls’ golf gear up for districts in Troy