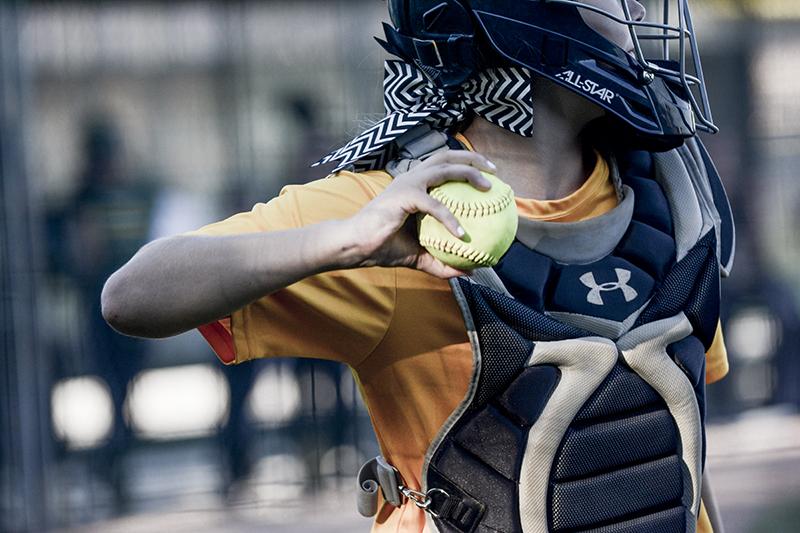 After an up and down season (12-15), the RBHS’ softball team advanced to semifinals after a victory against Grain Valley High School, 11-2.

Starting off in the first inning, junior catcher and infielder Charlessa Elliot drove in freshman outfielder Maddie Snider with a fly drive, 1-0.

Snider says the team won the district game because they were all mentally focused and therefore were able to make smart decisions in the field and on the base paths.

“I feel that in some games earlier in the season, our mental game was intense and we were playing more as a team rather than individuals, therefore we were successful,” Snider said. “As the season went on, there were some games where we were not in the game mentally, and we ended up being unsuccessful in games we should have easily won.:

After the top of the third inning, the Lady Bruins surged ahead of Grain Valley after junior out and infielder Hannah Pate, single drove senior outfielder Bailey Devlin, 2-0. The team advanced 3-0, when senior infielder Alexis Burks made a solo home run.

“We pick each other up,” Pate said. “When someone is having an off night we try our best to build positivity off one another. Sometimes we have an off night hitting or fielding, but we work hard to build ourselves back up again.’

The team remained on top after junior infielder Ellie Kaufman’s run-batted-in single at the top of the third inning, 4-0. At the bottom of third, Pate was able to drive Kaufman and Devlin with a double, leading 6-0.

Grain Valley plated two runs during the bottom of the fourth inning 6-2. The Bruins continued to advance, ending the game after Devlin’s diving catch led to a double play win, 11-2.

The team moves on to the semifinals where they play Blue Springs South high school. Snider is confident that they will be able to have another victory.

“I think that if we have a mindset like we did tonight, and we pick each other up like a team, we have a great chance of winning tomorrow night,” Snider said. “As a team, we will try to focus on having smart at-bats, in other words, swinging at the right pitches.  We are also going to focus on playing as a team rather than individuals by picking each other up, cheering each other on, and most importantly, having fun.”

How do you think the RBHS softball team will do in their semifinal match against Blue Springs South? Let us know in the comments below.