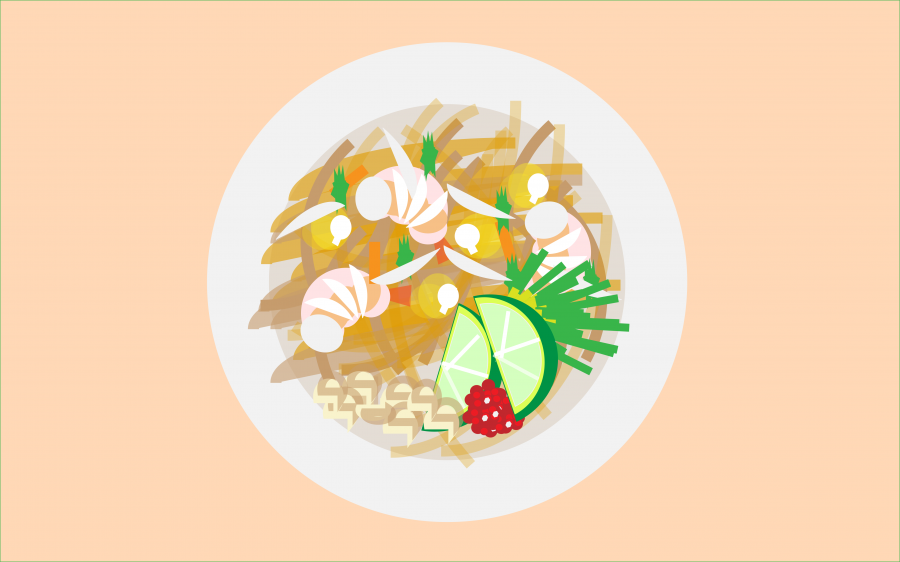 Going into Thip Thai Cuisine, I expect a lot. The restaurant’s webpage boasts about the amazing Chef Kittikoon Chompupong. Chef Chompupong has a lifetime of experience with Thai cuisine; he began his working in his father’s restaurant in Boston, Mass., before enrolling into Suan Dusit International Culinary school, where he became a certified Thai chef.

Chompupong has created an authentic Thai menu for customers to enjoy. The restaurant’s success has allowed for two locations in Columbia. The one I visited is on the south side at 3907 Peachtree Drive. The other location is downtown at 904 East Broadway. Unfortunately, I was not able to visit the location in person due to car troubles, but the restaurant has delivery service within an hour of ordering, the majestic food was on my table.

Even though I was unable to go to the restaurant this time, I have visited the downtown location. The atmosphere was very cozy with art-lined walls. The staff was incredibly friendly and wonderful. Since that one visited, I have not returned because there are so many other places to try and visit.

At first glance, this Pad Thai looks like any other, but there were distinct variations in the flavor. When thinking of the heavenly food, I imagine a wide rice noodle coated in a creamy, comforting peanut sauce. While Thip Thai’s Pad Thai featured all of these qualities, they added and manipulated the traditional sauce with more unique flavors to create something even more delectable and magnificent. At first bite, the sauce was tangy. That tang came from a hint of lime. Now I eat a lot of Pad Thai, and I mean a lot. Never before in my many meals was there a limey peanut sauce. It was so interesting and different; I want more.

The sauce was obviously meant to be the major factor of the dish; all of the flavor came from it. While there was chicken and egg scattered throughout the pasta and sauce, they were not meant to be the dominant feature. Both of those additions did not hold flavor like the sauce did; they were merely additions to give the meal more filling.

The Pad Thai was relatively simple, but its flavors crafted something truly enjoyable. Sometimes simplicity in a meal does not work, but Chef Kittikoon uses it to emphasize the work and thought put into the peanut sauce. Overall, I really enjoyed the Pad Thai from Thip Thai, but I do not believe I will be able to purchase it often. It was on the more expensive side, being close to $14. However, I truly believe that it is worth the cost.

Kelsey Morgret is an intelligent and dedicated artist. While she plans to go into chemical engineering, her passion for art lead her to join the staff as an artist. She holds leadership positions in Minimizzouthon, a dance marathon group that raises money for the local women's and children's hospital, and in Mu Alpha Theta, the Rock Bridge's math honor society.