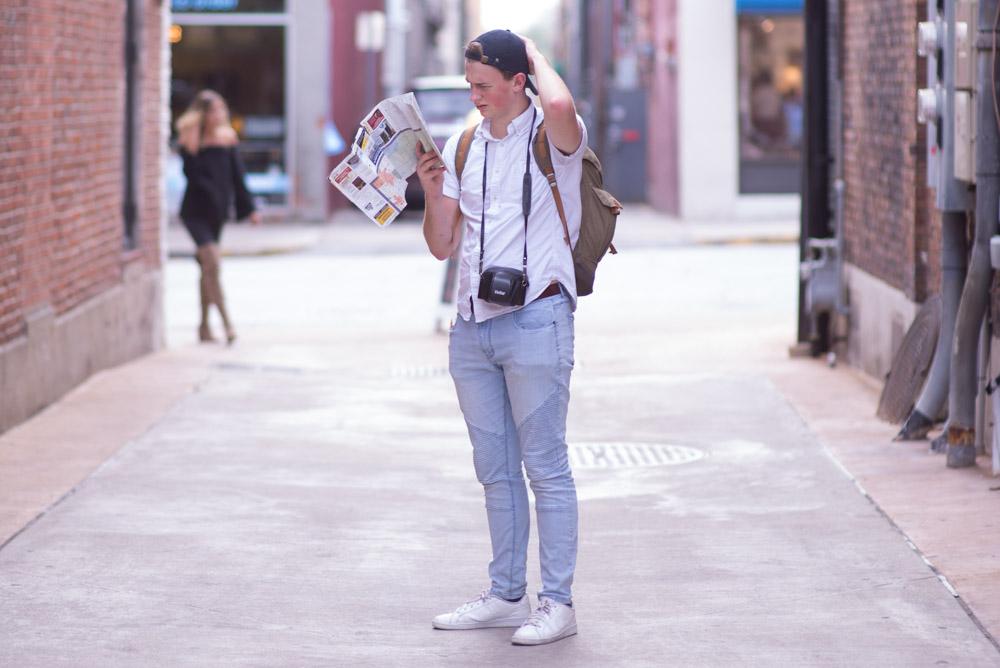 [dropcap]F[/dropcap]rom the beginning of Sunni Islam in the Middle East to Saudi Arabia formally adopting the ideology as the state religion when it officially became a modern kingdom in 1932, women have felt the effects, and not always in a positive way. Until only recently, Saudi Arabian women were unable to apply for their own driving permits without permission from their male guardians.

For these women, however, driving is only one small step in their fight for liberation.

Women in Saudi Arabia still cannot marry, divorce, travel or get a job without permission from their male guardians. They also are not allowed to get a fair hearing in court, be in public without a full-length black abaya and mix freely with the opposite sex, according to CNN.

For senior Raghad Nasraldeen, these restrictions were her reality before she moved to the United States after living in Saudi Arabia for 13 years.

“Before [I moved] all I knew about American culture was what I saw in movies and TV shows,” Nasraldeen said. “It was hard in the beginning to adjust, but I got the hang of it a year later.”

Until her mother got a scholarship to study in America, she lived in Saudi Arabia where Nasraldeen went to public school, which was basic and simple, Nasraldeen said. From preschool until high school everyone has the same classes that are chosen for them. Students have one or more classes about religion, Arabic language, history or geography and basics of math and science as well as one art class. There weren’t any clubs or activities outside of school as there are in the United States. Before she moved, Nasraldeen mostly watched Disney and Nickelodeon teen shows and movies, so she felt more prepared for the move though the little things made her transition hard, she said.

[quote]“Listening to music, having classes with guys or being next to a male in general [was hard],” Nasraldeen said. “The first day of school I was freaking out because I had male teachers, and my homeroom teacher was also a guy. I had to shake hands with them, [and] I was really scared.”[/quote]

Although Americans see shaking hands as a common courtesy when greeting someone, in Saudi Arabia it is not proper etiquette for men and women to even talk, much less physically touch. Having to shake hands in order to give the other person a good first impression was surprising to encounter when she first moved, Nasraldeen said.

While nothing sophomore Amanda Kurukulasuriya is surprising as she was born in America, small changes in gestures impact the etiquette she sees from one country to the next although her parents feel the affect more than she does.

“In Sri Lanka, the middle finger doesn’t mean anything,” Kurukulasuriya said. “My parents used to use their middle fingers to point at things, and [my brother and I] had to teach them not to.”

While gestures barely scratch the surface of what it’s like to live with parents from a different culture, Kurukulasuriya is still in the process of teaching her father that it’s inappropriate to call people oriental.

“When [my dad] sees someone that looks like they are of east Asian descent, he will describe them as oriental,” Kurukulasuriya said. “When I tell him this is an outdated term that is now considered offensive, he argues that it is just a descriptor because that’s how it was used in Sri Lanka.”

Kurukulasuriya understands American etiquette far more than her parents because of her young age. Children are typically more adaptable to change than adults, said Jodi Hasekamp, the International and Cultural Affairs officer at Missouri Science and Technology. Furthermore, when international students come to the United States to study, they are fulfilling a lifelong dream that requires change.

“When kids are growing up, their brains are like little sponges, and they quickly absorb new information,” Hasenkamp said. “Because of this, children often pick up on a new language quickly. They are also able to make new friends easily. Kids don’t see cultural differences – they just see their friends.”

As opposed to her parents, Kurukulasuriya just naturally pointed with her pointer finger, and didn’t learn otherwise because she wasn’t exposed to the Sri Lankan gesture. Adjusting to American culture for Nasraldeen was not as easy, especially coming from a place where men did not speak to women in public unless they were a family member. In the United States, women are also allowed the freedom to dress however they want with protection from the First Amendment. In Saudi Arabia, however, Nasraldeen recalls having to cover her face if she went out at night or if she was surrounded by men in conservative Saudi Arabia.

“[In the United States] everyone is social, talkative and nice,” Nasraldeen said. “You can have small conversations with people you don’t know. I was treated like normal here.”

Have you had any experiences with culture shock? Let us know in the comments below.

This was an informative and enlightening piece to read, and I appreciated how people experiences from multiple cultures was incorporated. I would love to read more about the differences between American culture and the rest of the world and how this impacts students. Overall, this was a well written take on a few of the cultural difference in our society.