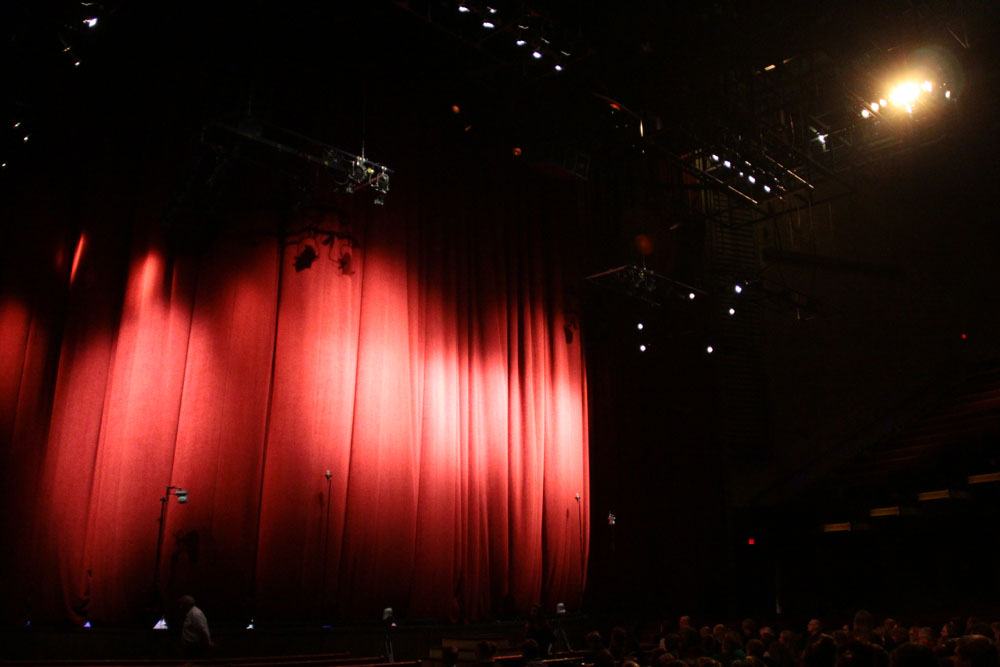 The stage at the Grand Ole Opry, venue for Show Choir Nationals. Simply seeing the curtain was enough to send some show choir members into pre-show jitters and excitement. Photo by Asa Lory

The Advanced Acting Class is turning back the clock 70 years to tell a story of discrimination and lively drama.  On Thursday, Nov. 30, the class will transform the RBHS Performing Arts Center (PAC) into an all-girls boarding school set in 1934. The class will be performing “The Children’s Hour,” a Pulitzer Prize nominee written by Lillian Hellman.

The Advanced Acting Class has been preparing for the production since September and rehearses the show every class period. The show will run Nov. 30 – Dec. 2. in the PAC at 2 and 7 p.m. Tickets are $6 or $4 for students with their RBHS ID.

Junior Bailey Long plays Martha Dobie, one of the two women running the boarding school, characterized by her seriousness and nervous tendencies that she only reveals to the audience through internal dialogue. Long said the play’s plotline follows an angry student, Mary Tilford, played by sophomore Audrey Mueller, who runs away from the school. To avoid being sent back, she tells her grandmother that the two headmistresses are having a lesbian affair.

“[The play] is about lies and truth and community judgement,” Kerns said.

As the story progresses, the audience feels the tension accumulating on stage as characters interact with their counterparts on stage as well as the audience. Junior Jocelyn Heimsoth plays Karen Wright, Martha Dobie’s co-director and supposed lover. Heimsoth has performed in many plays before but never a drama, yet “The Children’s Hour” is her favorite play she’s done before.

“[The play is] so detailed,” Heimsoth said. “All of the characters seem to be having their own problems, whether it’s a difficulty with a character or them trying to cope with themselves, and it’s so interesting because everything continues to add up instead of getting better.”

“The Children’s Hour” reveals the issues of the issue of discrimination against same-sex relationships in the 1930s, and Long said she likes how the writer portrays the story in a more unusual way than many of the other plays the class performs.

“The writer wanted to show what it was like back then, and I think she did a great job,” Long said. “This play is a drama and is very different from our usual plays. It has emotional scenes and you will get to see that through the development of the characters.”

Additionally, Long cautions that the emotional nature of the show includes a trigger warning for suicide and urges students to take this information into consideration before coming to see the play.

Although the play has these dark scenes, Advanced Acting students encourage their peers to come watch the show because of its impactful story that can leave the audience stunned. Heimsoth said the play portrays a message important to all.

“This play brings a lot of awareness for what it can be like for someone who is struggling with self identity and people with depression, specifically including suicide,” Heimsoth said. “[It shows] how serious these things can be, and how it’s important for the audience themselves to be happy.”