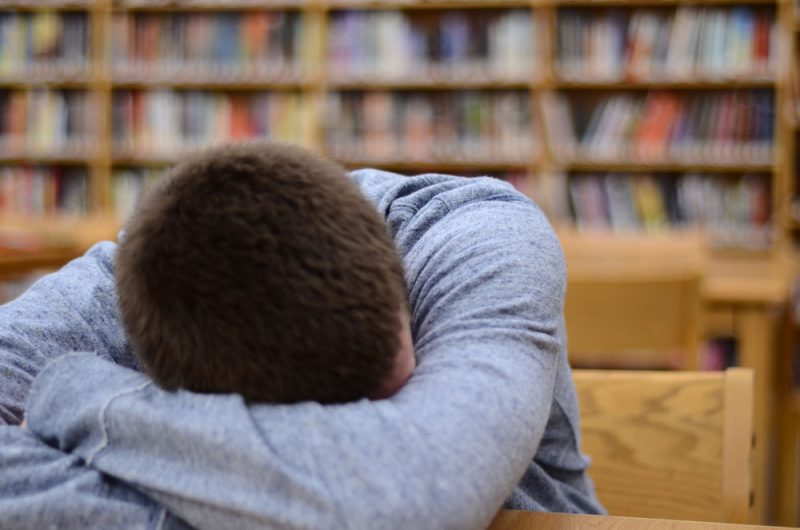 [dropcap style=”flat” size=”4″]S[/dropcap]itting alongside her fellow judges, she looked down at her long black robes while taking pride in her position as a Supreme Court justice. Moving her head side to side to glance at the other judges, she thought of how the Constitution would allow certain decisions to be made.

Multiple times, freshman Quinn Tyler has had this dream in her sleep; her aspiration to become a lawyer and, eventually, a Supreme Court justice has stemmed from her desire to protect the nation’s Constitution.

In Julie Tietz’s perspective as a  professor of psychology at Cottey College, some people argue dreaming can be a result of one’s brain creating meaning out of the stuff that has been floating around in one’s head. Tyler’s pursuit of law and justice could be the reason she often dreams of her ideal future.

“Others argue the brain generates dreams because our brains are not receiving sensory input during sleep, and still others argue that we solve problems during our dreams,” Tietz said. “However, I think most psychologists today tend to agree more that dreams don’t really have any meaning or purpose other than perhaps reflecting what we have been thinking about during the day.”

While Tyler does not dream of her future every night, the amount is normal. Sleep.org established that people generally dream four to six times per night but generally forget 95 to 99 percent of those visions.

Fueled by her inspirational dreams, Tyler focuses her time on planning how to achieve her career goal, such as involving herself in debate and Model United Nations (UN). Tyler, however, only started down this path a couple years ago when she was in middle school. Her social studies teachers helped her gain knowledge and interest in the constitution. Piqued, she started to read books about different court cases that shaped the constitution. Not long after, Tyler was hooked.

In order to prepare for her career, Tyler plans on keeping up with her grades, focusing on classes on history and politics and doing well on the ACT to get into a good college. She is currently taking AP Human Geography along with other core classes to get more social studies credits that will help her with a political science major.

Although she is only a freshman, Tyler already knows which colleges she wants to go to. Columbia University is her top choice, but she knows it might not be feasible. She is also considering going to the University of Missouri-Columbia and Auburn University. Her proactiveness for the future may seem like a vain attempt because, as stated by the Washington Post, Americans on average will change their career seven times.

“I believe there is a strong possibility that what I want to do could change during high school, but I think the flexibility of my plan will allow for me to alter it as needed,” Tyler said.

While it’s possible for a person to have a change in interest and take a different career path, junior Huda Ansaf believes the earlier one plans, the better, because then there is more time to consider options which will lead to better decisions regarding the future.

Similar to Tyler, Ansaf has hoped to become some type of surgeon since eighth grade. Undecided but leaning towards cardiothoracic surgery, Ansaf believes she will probably not change her decision, but if she does, she will stay in the medical field.

“This career combines a desire for knowledge with technical skills to save lives and cure suffering of others around you,” Ansaf said. “It is also a challenging and rewarding career.”

Preparing for careers with planned goals is important for directing behavior, Tietz said. Tietz notes that plans are good, but are not all important as they can also change

“Research also shows that many people take an indirect path to their ultimate career. There is often a process of exploration, which might involve changes in college major or a few different jobs until you figure out what is right for you,” Tietz said. “I would therefore argue that a certain amount of preparation is necessary to have the right opportunities available to achieve one’s goals, but that one must also understand that a certain amount of flexibility is also called for as one experiences life and perhaps decides that a different path might be better.”

What was your craziest dream? Let us know in the comments below.