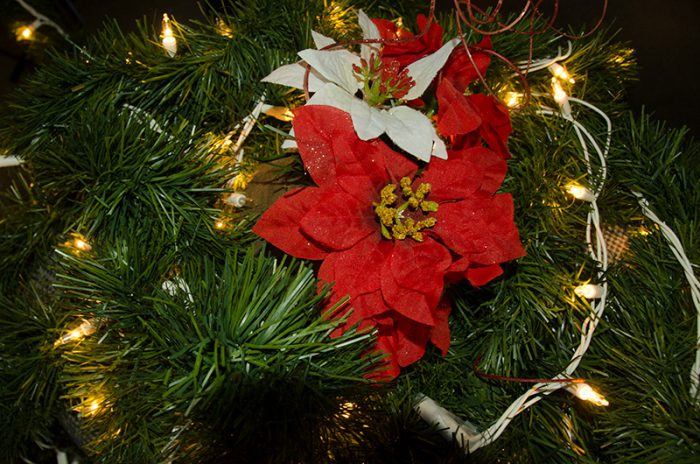 When I came back to RBHS after winter break, I was hardly enthusiastic about starting a fresh semester of school. The beginning of the new year meant more days of working into the late nights, something I did not want to resume after sleeping in every day.

Alas, the second semester was not something I could easily avoid, and I returned to school half-heartedly.

Like any typical high schooler, I spent a significant chunk of my first days conversing with my friends during lunch and classes. We exchanged pleasantries by asking how break was, where we spent it and if we travelled to see any family.

While talking to my friends and classmates, I unintentionally found myself asking all of them one question in particular: ‘How was your Christmas?’ As I discovered throughout the day, a number of the people I asked told me they did not celebrate the holiday. While a majority went on to say they had a great Christmas holiday, a decent number told me they did not celebrate it.

This was followed by an awkward silence, and I stuttered to change the subject. I quickly altered the conversation to focusing on the weather and the latest results on our report cards to break the awkward silence and save my dignity.

Near the end of the school day, I started to wonder if I was being morally wrong by asking people about how their Christmas went. I later realized I had preemptively assumed that the people whom I asked that question celebrated the holiday.

I felt kind of bad, as if I had offended those people. This revealed what kind of world I had been growing up in, where pretty much all of my classmates and teachers had celebrated Christmas before. I had made an unfortunate assumption and didn’t realize how dramatically this country has changed since my childhood.

Upon further analysis, however, I realize that a lot of the people I asked were followers of different religions. A lot of my friends are Muslim, Jewish or atheist, yet I had still unconsciously asked them about their Christmas when I knew that they did not celebrate it.

While this habit doesn’t seem like a big deal, I hope I can change it to avoid future awkwardness with people and potentially offending someone. This experience taught me to always keep in mind that every person has their own beliefs, so I should avoid making assumptions of new people I meet. The lesson learned here, is to take caution when asking people about how they celebrated their holiday.

I now strongly acknowledge that in our society more people practice other religions than Christianity, especially now more than ever. I plan to show my respect by asking people how their holiday break was as a way to avoid making any assumptions about the person I am talking with. Next time a Christian religious holiday comes around, be sure to ask questions focusing more on the holiday and the break instead of Christmas itself.

Have you ever said something you wished you could take back? What was it?

Can you remember the 5 protections in the First Amendment?

I had never thought about this before, but I can definitely see how my asking about nonsecular traditions could make another person uncomfortable. It is easy to assume that just because you celebrate or participate in something then everyone around you does as well. In the future I will try to be more aware of what I am talking about and who I am talking with so as to avoid any potential awkwardness I could cause.