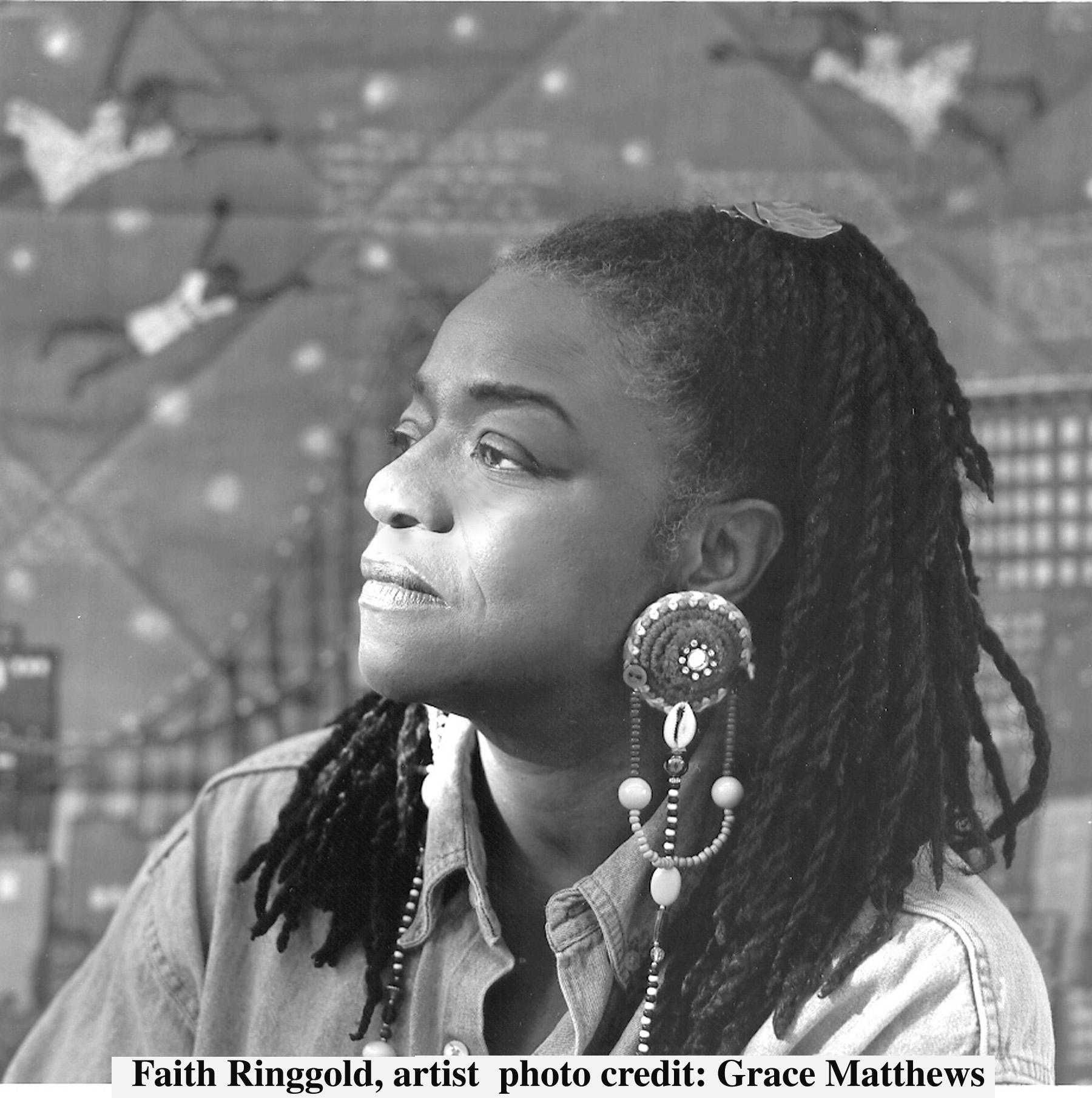 Born from a Fashion Designer and a Storyteller, Faith Ringgold lived around creativity. Growing up in Harlem during the Great Depression, however, is what really pushed her to make her art unique.

Although surrounded by segregation, racism and sexism, Ringgold did not allow these restrictions to stop her from expressing herself and her emotions in her work.

Ringgold enrolled into City College of New York in 1950 and would later receive both her Bachelor’s and her Master’s degree from New York but not the school of her major of choice.

Originally wishing to major in Art, Ringgold was, unfortunately, forced into an art education major because the art major at that time was exclusively male. She would later go on to become an educator at the New York City Public School. Again these restrictions did not stop her from being as creative as she could and in 1973 she would leave the education program to continue her dream of art.

Ringgold experimented with many mediums and types of art, ranging from sculptures to paintings. She is most well known for her textiles and her quilting. As an American artist that uses the dying style of quilting, she was able to inspire others around her with her work.

Ringgold held quilt-making workshops and talks for educators. Her artwork also reached younger artists as she published children’s books. She gave talks and collaborations with the young audiences, causing many to fall in love with her work.

Ringgold was not only a well known artist but she was also a strong women’s activist. She was both a member and participant of several anti-racism and women’s rights organizations as well as a lead founder of some organizations herself. Her organizations included Women Artists in Revolution (WAR),  Women Students and Artists for Black Art Liberation (WSABAL) and the Ad Hoc Women’s Art Committee.

Ringgold collected 26 awards for her art and her activism. These awards include a City College of New York’s at the first annual Cultural Arts Award in 2011, a National Visionary Leadership Project award in 2004 and a Peace Corps award given to her by President Barack Obama in 2009.

Honored celebrities do have real lives

Isabel Gompper is a new addition and an artist of the Rock's Newspaper staff. In her free time, Isabel plays club soccer and rides horses. She is also a Co-Leader of the Rock Bridges Art club, AHA. Although she maybe new to the staff, she is ready to learn how the journalism world works