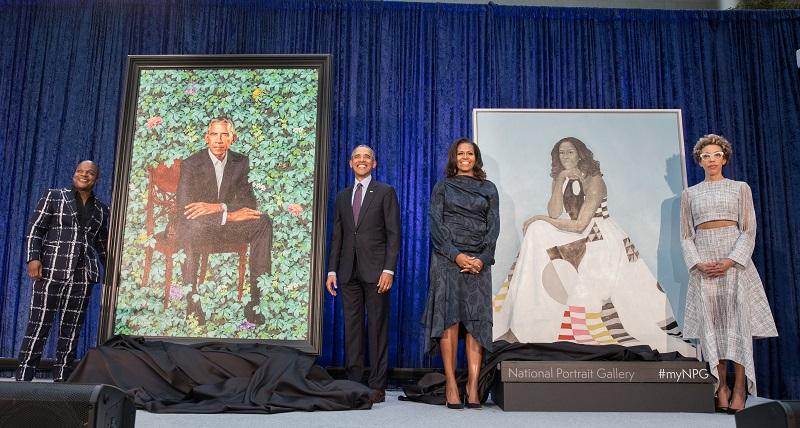 [dropcap style=”flat”]S[/dropcap]ince 1789, the practice of presidents commissioning portraits of themselves, whether to glorify their egos or to preserve their faces for future generations, has been customary. Former President Barack Obama, however, has taken his portrait’s commission as an opportunity to highlight the state of contemporary American art. Coupled with his wife Michelle, the Obamas revealed the two artists hired to depict their likenesses for the Smithsonian National Portrait Gallery.

The spotlight now shines upon African-American painters Kehinde Wiley, the artist assigned to portray Mr. Obama’s figure, and Amy Sherald, for Mrs. Obama’s. Wiley, an established New York-based artist, stands on another level of notoriety compared to his companion Sherald, an up-and-coming Baltimore-based artist. Despite their differences, the former President and First Lady discovered the two after viewing the artists’ portfolios submitted by the Portrait Gallery, later selecting the artists just before Mr. Obama left office.

Wiley, 40, secured his own following prior to the Obama’s selection process began. Wiley is famously trademarked by “updating” classical art pieces through his infusion of savvy urban style. His paintings juxtapose elements of modern-day hip-hop, such as hoodies, baseball caps and bold patterns, to the aristocratic poses and backdrops his subjects model with.

Some of Wiley’s paintings are direct in referencing their artistic predecessors. His piece, Napoleon Leading the Army over the Alps, was based on Jacques-Louis David’s Napoleon Crossing the Alps. Others, however, are more subtle and are inspired by the confidence of everyday people walking down the street. Occasionally, Wiley stops and ask those going about their day, in a Humans of New York sort of manner, to model for him on the spot, positioning them in regal stances. Although New York is his home base, Wiley took this practice to different parts of the world in his series “The World Stage”, that has featured subjects from Haiti, Jamaica, France and Israel.

Wiley’s companion, Sherald, on the other hand, has her own take on art that nearly opposites her male counterpart. At 44-years-old, Sherald is noted for her cultivated expertise in painting black women and is best identified by the stand-out, bright backgrounds and garments that contrast the grayscale skin of her subjects. Her paintings are very demure, featuring models in simple or vulnerable stances that are highlighted by limited color palettes. This minimalist aesthetic, however, is where Sherald’s work finds its charm, allowing viewers to focus on a single subject matter rather than be bombarded by spews of color and embellishments.

Sherald, despite being relatively obscure to the art world until as of late, earned her own set accolades and recognition that attest to her talent. Currently, Sherald’s piece, Grand Dame Queenie, holds a place in the Smithsonian National Museum of African-American History and Culture. Later, in 2016, Sherald won the National Portrait Gallery’s Outwin Boochever Portrait Competition in 2016 for her painting, Miss Everything (Unsuppressed Deliverance), receiving a cash prize of $25,000 and a commission from the museum. 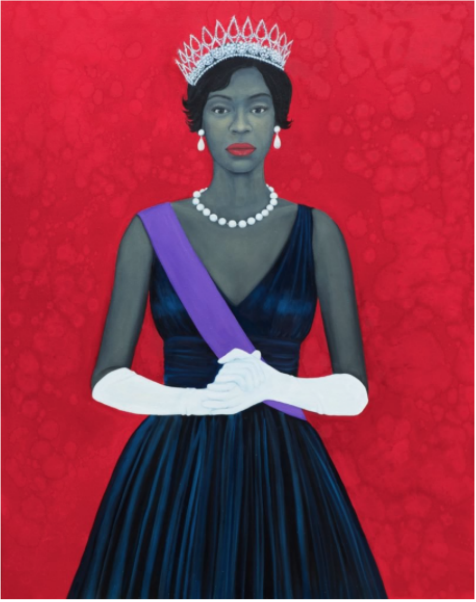 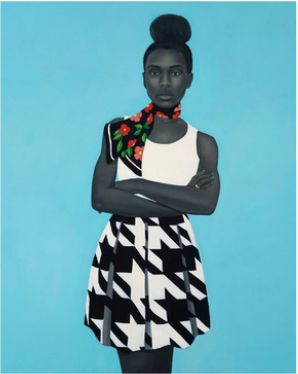 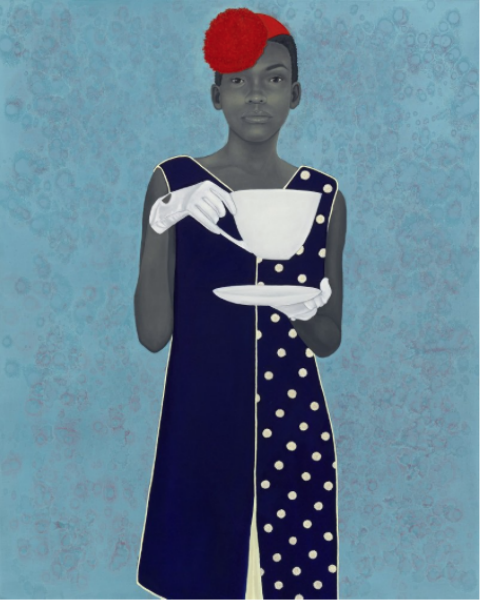 Although the Obama’s selection of Wiley and Sherald certainly boosted the artists’ resumes and reputations, it what the two have brought to the art scene that has truly reflected their growing prowess and power. The pair of Wiley and Sherald are the first black artists hired by the Smithsonian for a portrait of a former president, inciting a change to how the world views traditional portraiture. Changing ideals of pristine and perfected white royalty to rugged and suave subjects indicative of 20th-century culture, the introduction of Wiley and Sherald present the importance of a contemporary art being notable in society. Along with scores of other talented artists, including Kerry James Marshall, Mickalene Thomas, Aliza Nisenbaum and Louis Fratino, Wiley and Sherald have become catalyst towards a new age in art.

[note note_color=”#6cd3a1″ radius=”16″]The National Portrait Gallery revealed the commission Obama portraits Tuesday, Feb. 13. Mr. Obama exclaimed “Pretty sharp!” after seeing Wiley’s interpretation of his likeness. In response to Sherald’s painting, Mrs. Obama was in awe, saying “As I look at this portrait, I’m a little overwhelmed. I’m humbled, honored, proud, but most of all I’m so incredibly grateful to all those who came before me in this journey”. [/note]

Moy Zhong is a senior and the returning Art & Design Editor for The Rock and Bearing News. She oversees visual online and print production at Southside Media and eats copious amounts of fruit each day.