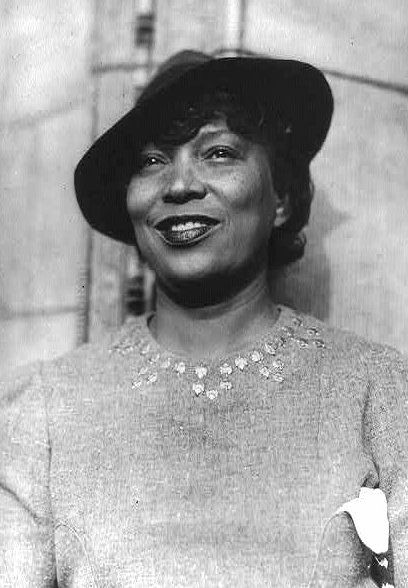 Born in 1891, Zora Neale Hurston’s talent for writing has secured her a spot as one of the Harlem Renaissance icons. Though her life began in Alabama, Hurston moved to Eatonville, Florida as a toddler. Due to familial issues, she was unable to finish her secondary education as a young woman. Later on, at the age of 26, Hurston gave her age as 16 in order to attend a Baltimore school. Afterwards, she migrated to Washington, D.C  during the 1910s where she earned an associate’s degree through Howard University. During her time at Howard, Hurston had her first taste of professional writing when the Howard literary magazine Stylus published her short story “John Redding Goes to Sea.” Later she also attended Barnard College on a scholarship and attained a degree in anthropology.

Career-wise, Hurston took up a variety of jobs and opportunities. Some tied directly to her work as a writer and anthropologist, including when she wrote for a newspaper from 1957-1559 and when she travelled to Jamaica (1936) and Honduras (1947) to study regional black culture and identity. Others were simply a source of supplemental income such as her time as a maid in 1950.

When she lived in New York City’s Harlem during the later 1920s she wrote several pieces such as “Sweat” and “How It Feels to be Colorful Me.” The 1930s marked an exploration into play writing for Hurston. Titles of hers include “Mule-Bone: A Comedy of Negro Life” and “The Great Day and From Sun to Sun.” The 1930s also saw the release of her first novel “Jonah’s Gourd Vine.” In 1937 Hurston visited Haiti which spurred the creation of “Their Eyes Were Watching God,” one of Hurston’s most famous articles today. The tale, like much of Hurston’s work, explores black identity and experience. The story follows main character Janie Crawford as she learns about her place in the world through several marriages. Hurston herself was married twice, with both ending in divorce.

Perhaps the greatest tragedy of Hurston is the fact that she died in relative poverty in 1960 after having a stroke and laid to rest in an unmarked grave. The status of her burial changed when writer Alice Walker, who Hurston inspired, inscribed the words “Zora Neale Hurston: A Genius of the South.”

Too much too soon? Social media affects beauty trends