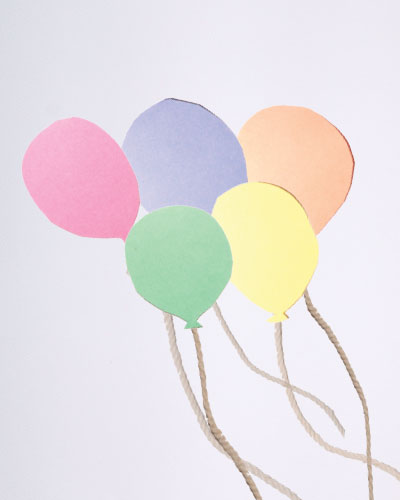 High school graduation day is filled with celebration, shared memories and relatives asking what the future holds. Parents and adults push the idea of going to a University for four years to get a degree in some field, forming a misconception that a bachelor’s will always equal success in the desired career.

It’s clear that parents of children still in K-12 grades have big expectations for their kids, and according to a Pew Research study, 94 percent of parents who have children aged 17 or younger expect their kids to attend college. While ‘College for everyone’ may be the desired meaning in that students pursue higher education after high school, societal misconceptions have morphed the belief into ‘University for everyone.’ The difference between a college and a university is that a university is usually a four year school, which also controls other undergraduate schools (ex. University of Missouri). A college is typically a smaller school that offers degrees in more specified areas (ex. University of Missouri Science and Technology) according to bestvalueschools.com.

Unlike the ‘University for everyone’ mentality, ‘College for everyone’ includes not only four year or more programs, but also technical schools, community colleges and the military. The ‘University for everyone’ mentality leads to some students pursuing degrees they have no interest in just to satisfy parents expectations, causing some to be underemployed. While junior Don Osborn believes it is good that parents push their kids to go to a college for a four-year degree, he also thinks pursuing a four-year degree might not be the right path for everyone.

“It’s very clear that children are pressured to go into a university either four years or longer, and I think that it’s a good thing but that it’s not always the answer for everyone,” Osborn said. “Two-year technical schools can be a better option, and even just going to a two-year school for basic credits can be a good way to save your money.”

“It’s very clear that children are pressured to go into a university either four years or longer, and I think that it’s a good thing but that it’s not always the answer for everyone,” -Don Osborn, junior

Students may also consider going to a community college like the Moberly Area Community College (MACC) where shorter two-year certifications and basic classes can transfer to larger colleges after completion, providing a more affordable option for students looking for a career path.

“MACC is able to offer courses like Computer Numerical Control (CNC) Machining, welding, hands-on electronic courses and many others that might not be available at a traditional four-year institution,” said Allan Sharrock, an Engineering systems instructor at MACC. “MACC also has certificate programs like law enforcement and non-credit programs, like the Fire Academy that prepares students to enter the workforce in a short amount of time. We even allow students to ‘audit’ classes if they wish to gain skills but don’t want to worry about a letter grade.”

While community colleges and technical schools offer shorter degree programs at a more affordable cost, funding can still be tough for lower income families. Enlisting in the military, however, can help students receive scholarships up to a full ride. This presents another way to help pay for college courses, while gaining valuable experience in a real world job.

“The Air Force offers many benefits to going the traditional route of a four year. Going through the Air Force for education is a great way to get your education paid for, and they can even pay you while you’re in school,” Osborn said. “After you get out of the Air Force, many aspects of your insurance are taken care of, and you get other military benefits.”

During their time in the Air Force, airmen can attend the Community College of the Air Force to earn college credits. The air force also offers scholarships to airmen who show exemplary performance, with some scholarships giving 100 percent tuition assistance according to airforce.com.

While other options such as technical schools and community colleges can be a better path for graduating students, some career fields may require an actual degree from a four year (or more) school. Junior Cooper Smith, who is pursuing a career in pharmacy, will seek a four-year degree; however, he believes students should assess their career paths before deciding what kind of college they want to attend.

Although it’s true that jobs which require bachelor’s degrees end up with a higher average salary than other jobs, they only make up 33 percent of projected jobs in 2018, which means the majority of jobs will be middle skilled requiring only a person trained in that field of work or a technical degree according to the National Science Foundation. Sharrock views this as an opportunity to find a job in what is called the skills gap; a gap in what employers have and what they need.

“Students should look on job engine websites like Glassdoor.com to see what postings are there and what the wages are. Once students get an idea of the labor shortfalls, they can start searching for programs that provide the skills to be successful in those areas,” Sharrock said. “Always remember employers care more about what someone can do versus what someone ‘thinks’ he or she knows. Never assume anything about a certain industry and what the work environment will be like.”

To Osborn, the most important thing when considering what kind of post-secondary education a student should pursue, is the type of career they wish to go in. Finding a career that one has the skills in and is good at is a necessity, which can result in a higher salary than somebody who has a job that requires a bachelor’s, but one that they lack the skill in.

“The biggest thing I would say to consider when looking into post secondary school and higher education is what you want to do after your education,” Osborn said. “If the job field you’re looking to get into doesn’t require some high degree, then don’t waste your money on the high degree. If you have a dream and have the means to chase that dream, then by all means do what it takes and pursue that route. But always think ahead.”