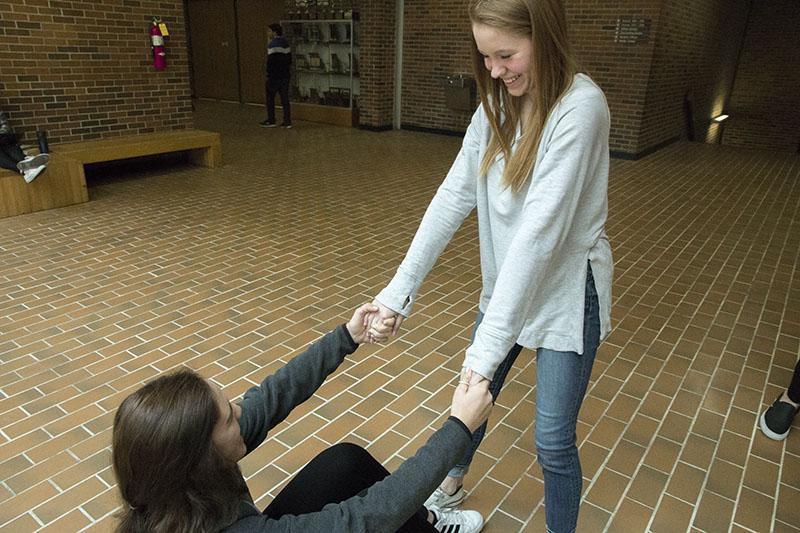 [dropcap]T[/dropcap]he definition of humanity uses the words kindness, understanding, sympathy and consideration. When people show compassion, individuals perform good deeds for others without being asked.

“[Good humanity is shown through] a person that is really helpful and cares about their environment,” junior Rashovan Whitaker said. “They care to help people.”

Another way of thinking about a person’s humanitarian skills is by evaluating their morals. According to GallupNews.com, 72 percent of Americans believe the state of moral values in the United States is getting worse, while 22 percent believe it’s getting better.

Social media has the tendency to persuade and change the new generation’s mindset. Especially with new challenges and popular trends, people are following right along.  According to forbes.com, teens look to social media for what’s going on in the world, especially information written by their peers.  Specifically 33 percent of millennials rely mostly on blogs before they make a purchase. This is compared to the fewer than 3 percent who look at TV news, magazines and books for purchases.

[quote]“Most people are natural followers, and then you have a few leaders out there, but [the] majority are followers,” sophomore Aliyah Hoban said. “When [people] go and see stupid things on Facebook, they’re going to go and follow it because that’s what we do.”[/quote]

Hoban points to the “tide pod” challenge, which is a dare where people simply take a tide pod and bite it until it busts. Hoban states that people only do it when seeing others do it, even though individuals know it can be very dangerous. Similarly, with the Kylie Jenner Lip challenge, it became a worldwide challenge, and many people started doing it. Hoban herself even admits to trying it. Hoban believes social media affects how students act, which she says shows how distracted and brainwashed people can be today.

“Bad actions are what the world is generally filled with because people are naturally selfish,” Hoban said. “It’s our instinct to be selfish and it’s considered a “bad” thing today.”

What do you think about the humanity of society? Let us know in the comments below.

Q&A: Librarians on their favorite books

I have never understood why people intentionally put themselves in harm’s way, like with the Tide pods, because of a challenge or because they think it is the “popular” or “trendy” thing to do. Although I don’t believe everyone in the world is a good person, I do think everyone has the power to decide what type of person they want to become and, thus, can choose to make good, positive contributions to the humanity of our society.