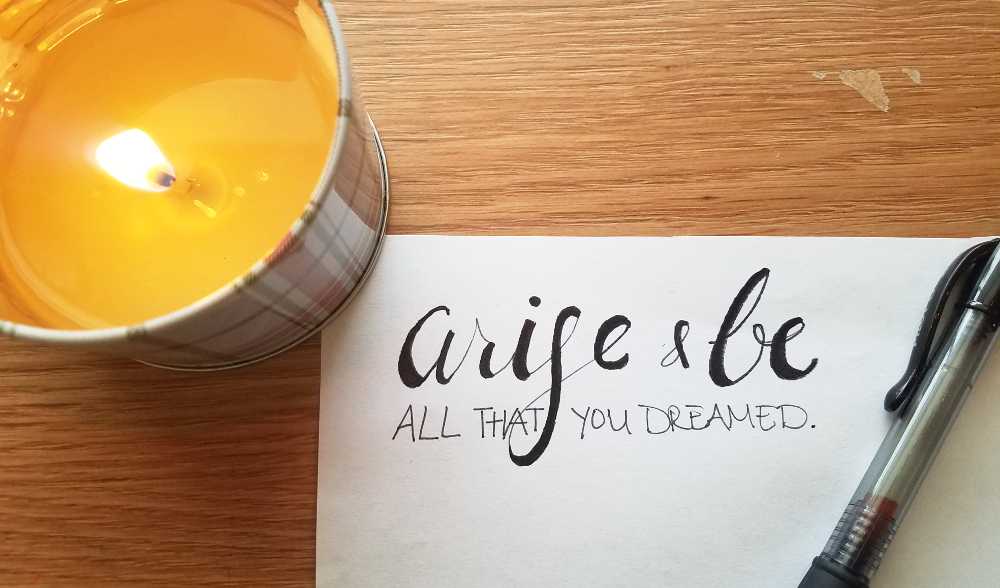 [dropcap style=”flat” size=”4″]I[/dropcap] have no use for songs that like to dwell in sorrow and don’t have something hopeful behind them. It isn’t healthy and indicative of healing to listen to things that love to revel in suffering and sorrow. If a song must be pessimistic, let it trickle in positive messages. Even better, let it be about rising up from the negativity. “Arise” by Flyleaf fits this bill.

Listen to the song as you read.

The song starts with no hesitation. With fast guitar plucks, former lead singer Lacey Sturm sings defiantly, especially in “We will make it out alive.” There’s something wonderful in proclaiming that they will live. Later in the verse, sleeping dreamlessly likely means sleeping free of nightmares, rather than dreaming of a field of wildflowers, and thus this verse has a bit of a hopefulness to it, emphasized in the last verse. There’s no way that they’ll know for certain everything’s alright, but it can’t hurt to try.

The chorus enters, cementing the main theme of the song: hope. It is the answer to the cynical nature someone has when looking at the news, to the gritty movie reboots in a dystopian society, to someone who believes humanity is inherently bad. Remember what it once was — we can still make it into a good place.

[note note_color=”#44d790″ text_color=”#000000″ radius=”16″]Did you know? Flyleaf is on an indefinite hiatus after Kristen May, who took over as lead singer after Lacey Sturm left to focus on her family, announced her departure in August 2016. She also wished to focus on her family, and confessed she never felt like a true member of Flyleaf.[/note]

This entire verse reminds me of someone who is ready to give up. The mention of a razor blade is enough to make it clear just how far ‘you’ have gone. These sorrowful lines were included with a purpose, however, by juxtaposing the verse following it.

The song tells the listener, “it is okay to cry, it is okay to hurt,” and tells them they can try again. The verse “Stand in the sun / We’ll dry your eyes” is clearly meant to represent supportiveness and reassuring the listener that they are not alone, that there is hope.

At the beginning of the verse, “Arise” quietens; there are drawn-out guitar notes and low mumbles, contrasting the upbeat and courageous burst of voice that immediately follows it. As Sturm’s voice grows higher, the instrumental grows louder and more intense, promising a delightful fall that is the main message of the song: “Arise and be all that you dreamed.”

The song continues on, with the lyrics repeating the message over and over again. When you start to grow tired of the sameness after about three repetitions, Flyleaf again takes an unexpected turn. The drums and bass stop, with the rhythm guitar carrying out its last note. Silence falls, but Sturm breaks it, with an urgent message to the listener: arise and be all that you dreamed.

What do you think about the song? Let us know below.