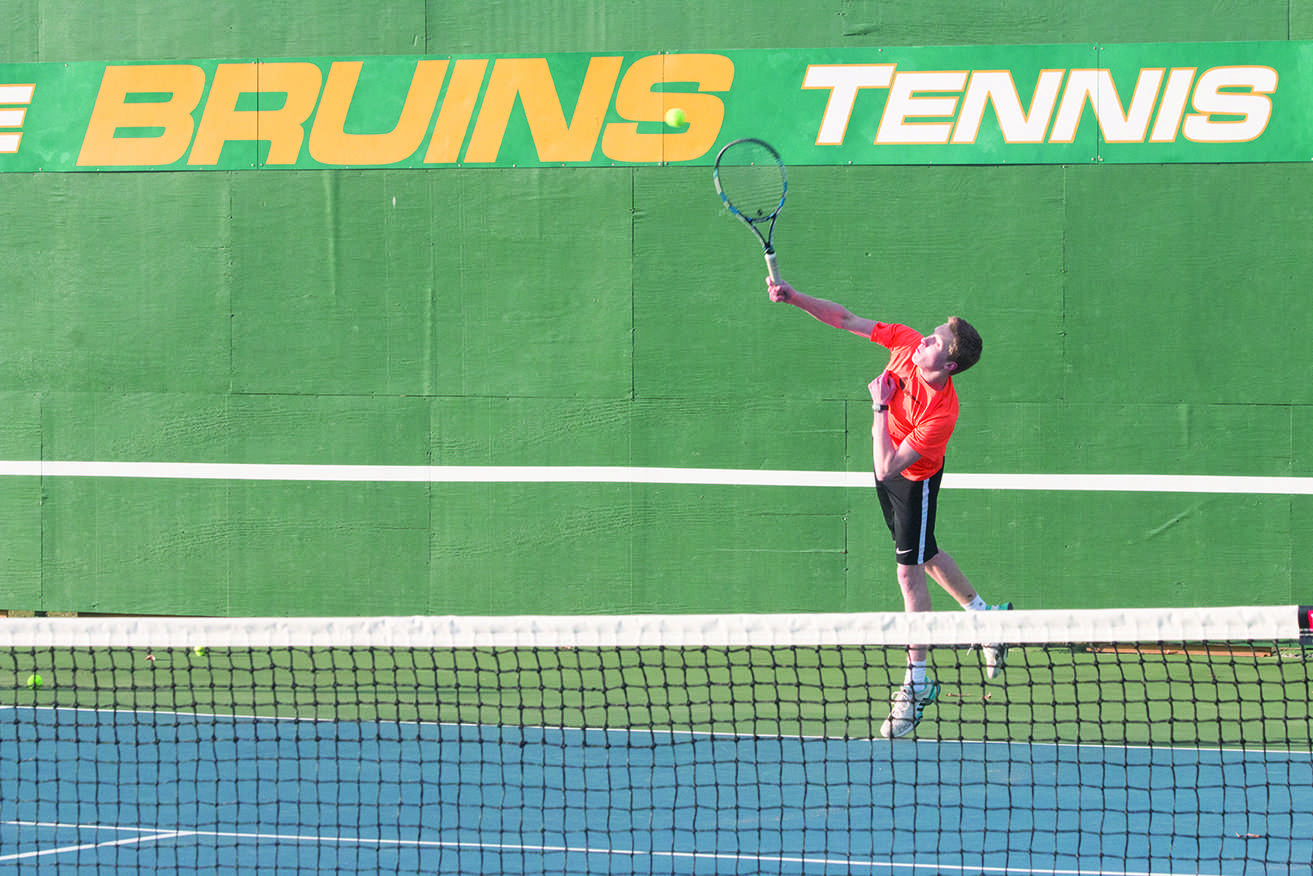 [dropcap style=”light” size=”4″]T[/dropcap]oday the boys’ entire tennis team travels to Chesterfield, Mo to participate in the Belleville tennis tournament. It will be the second tournament of the season, following the Deco Turf national tennis tournament in Chattanooga, TN.

Coach Ben Loeb and the team began practicing together Monday, Feb. 26 and have continued nearly every day after school at Bethel Park. During the week before a tournament, Loeb and the team will usually practice together on Saturdays as well, depending on the importance of a tennis tournament.

So far this season, Loeb and the team have reviewed and practiced the ABC Tennis Player Basics, which covers the various styles of tennis play and the most common patterns of play in singles. The team also recently started working on doubles play.

“I emphasize the styles and patterns of play to create or reinforce strategic awareness,” Loeb said. “[We] also [discussed] a mental/emotional component to strengthen our team building and to strengthen the individual athlete’s resolve.”

Each year Loeb tries to identify members of the team who he expects to help lead the team. He does this by facilitating certain responsibilities to these select few members that will give them that opportunity to do so.

One of these select few is junior Kam Farid. Farid, a third year member of the Bruins, looks forward to the rest of the season with much anticipation. Ever since the end of the last season, he says he practiced hard to improve his overall balance for his game.

“I have been working on my forehand for a long time, [which] will help balance my game through adding to my strengths and make it very difficult to get free points from [shaky] ground strokes,” Farid said. “This will make me a better player through improvement on the baseline and make me a tough opponent for anyone.”

Farid has developed a connection and respect for Coach Loeb. Farid is not unfamiliar with adhering to many of Loeb’s coaching tips and believes his advice helps the team maintain high spirits and attitudes throughout the season.

“Some key ideas Coach Loeb tells the team is to embrace the journey and remain resilient in times of adversity,” Farid said, “which are great lessons for sports and for life to encourage perseverance and self confidence.”

[quote]“I agree with what [coach Loeb] advises because I believe that they should also apply to life in general,” Jun said. “[Furthermore], I have been [personally] working on my backhand, since I’ve made a big switch from using a one-handed backhand to a two-handed [backhand]. By improving and practicing my backhand, I believe that it will make me more confident when I’m playing a competitive match.”[/quote]

“Belleville East and West are both great teams,” Jun said. “So I believe that if we can beat them, it would help the team as a whole gain confidence towards the state title again. [Plus,] the Belleville matches will help the entire team grow and learn from the experience, since it will be the first match that the entire tennis team will be participating in.”

Loeb hopes the team will seize the competition against the Belleville East and West as an opportunity to establish its rhythm for the rest of the season.

“[The Belleville event] will be our first competitive action for the JV,” Loeb said. “It’s a double dual event against Belleville East and Belleville West [,but] it is not [an actual] tournament.”

on free ACT for juniors