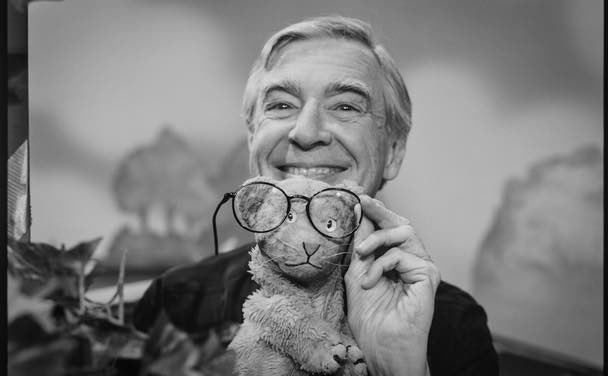 Won’t you be my Neighbor, directed by Morgan Neville, who directed 20 Feet from Stardom, a T/F film from 2013, and Best of Enemies, which showed at T/F in 2015, is a heartwarming film about Fred Rogers and his show “Mister Rogers Neighborhood.” The movies shows Rogers’ passion for teaching children and helping them understand life from their perspective. Growing up watching adult programs on television encouraged Rogers to create a program for kids. It all began with using puppets.

As I watched the film, I learned about the strategies and messages that Rogers placed in his show as well as learning about the people who worked with him on the set. From the archival footage and form the interviews with those involved, it was clear the positive impact Rogers had not only on the lives of those who grew up watching his television show but also those who worked in its production.

Rogers had a strong belief in how he felt children should be taught in certain situations. For instance, he used contemporary themes–the assassination of Robert Kennedy and desegregation–as scenarios for exploration in the neighborhood. As one watches the film it’s clear Rogers made great connections with children and people around him in general.

Neville explores the impact Rogers had on a generation and, in the process, reminds us that the most powerful emotion we have is love.

Did you grow up watching “Mr. Rogers’ Neighborhood”? What memories do you have of it?

‘The Price of Everything’ explores contemporary art and commerce