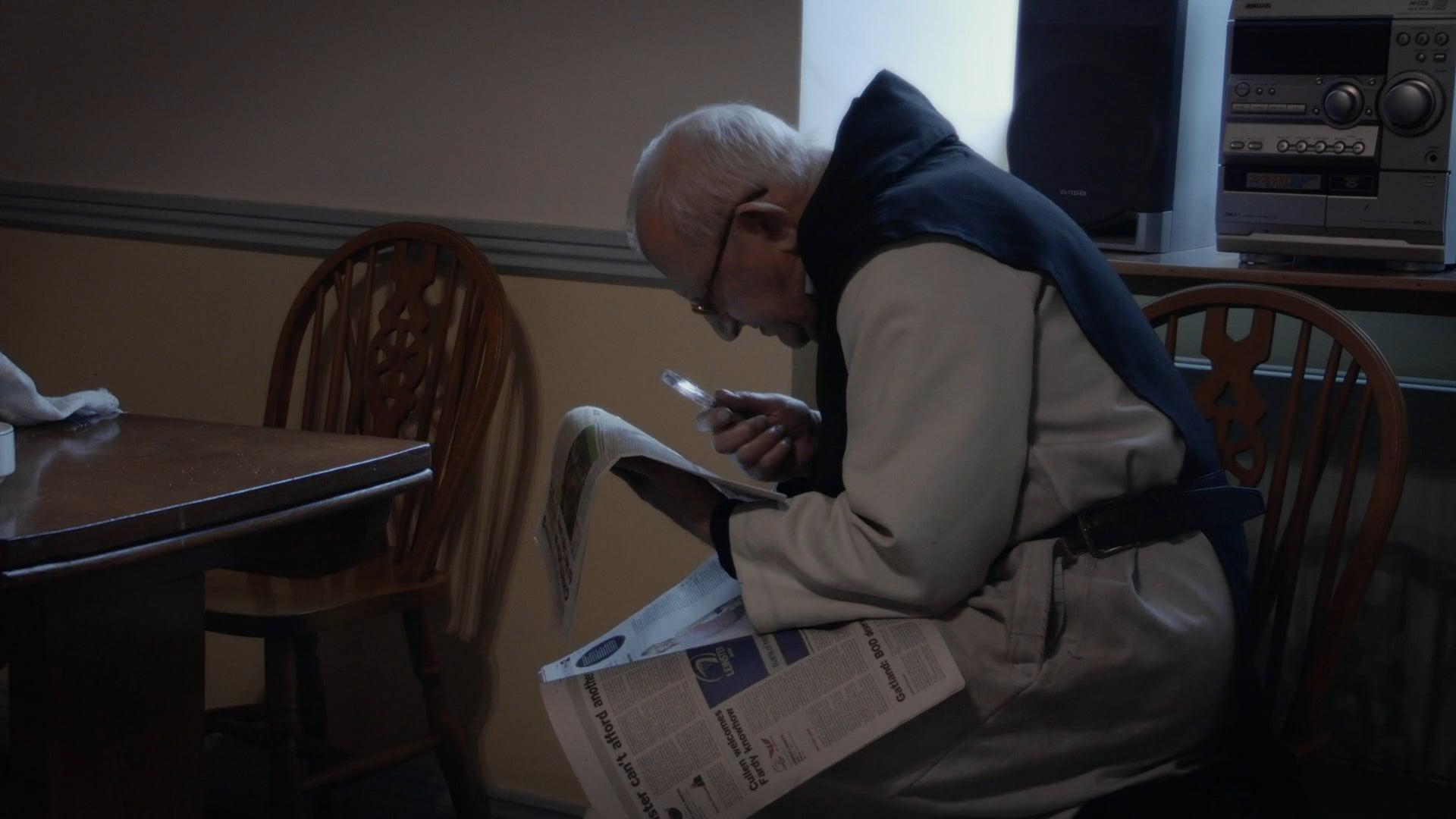 [dropcap style=”flat” size=”4″]T[/dropcap]he thought of monks in a monastery usually stir up images of humble, old men in brown robes in elegant chapels isolated in the wilderness. “Lovers of the Night” embraces these ideas in a love letter to seven monks in Ireland, standing on the verge of losing their monastery to old age.

The movie opens to one of the monks talking about the rapid pace of life, of trying to find the next exciting thing in life over and over again — and then immediately shifts to a quiet man working on a farm, trying to escort a baby cow back into its pen that clearly did not want to.

This first scene sets the tone for the rest of the interviews, with exploring all that there is to life, celebrating both the experiences of a roaring, fun life and a quiet, content one. All the monks in the monastery embody what could be considered a paradoxical life; they all were gleefully sharing their past and joking about hiding a television set from a visiting Father.

It makes the audience question why these monks decided to leave behind such a vibrant life, and they receive an answer quickly: it’s the comfortableness that God and the monastery gives the monks. One particular man gives an metaphor about the ocean, roaring and chaotically crashing against the cliffside, comparing it to himself when he was searching for a purpose while in the army. He attended the rosary one night, and after a couple of visits, he decided to ask God to send a sign.

A poor woman came in to give offerings to the altar, and the man says he knew that was the sign he was looking for. He asked God for the woman to move a candle on top of the altar — and instead, the woman moved the candle as far as possible. It was at that moment that his ocean quieted, and chose to believe that God existed.

The monks refer to the director, Anna Frances Ewert, many times in the film. A strange element to include in a documentary, but it adds to the intimate nature of how she presents the monastery, much so in that she becomes one of the characters in her own documentary — a person curious of a dying way of life. Typically, filmmakers don’t allow themselves to become part of their creation, but in “Lovers of the Night,” it is strange to think about what the film could have been without Ewert constantly asking questions.[pullquote align=”right”]”The sea was living fully by being the sea.”[/pullquote]

It is her questions that point to the theme and overall message of the documentary. She asks, once, why the monks get up at 3:30 a.m. to pray, and they reply that the best time to pray is in the dead of night. It is their best chance “to hold people;” when they are asleep, when they are hurt, when they are angry. It is the best opportunity to give them mercy and hope. It’s a refreshing idea in a cynical world. The men are old, at the end of their lives, and they know it. The most they can do is pray. And so they pray.

Perhaps this is what Ewert wanted to communicate, but another message arose throughout the interviews with the monks and b-roll footage. It was constantly emphasized how the future of the monastery was at jeopardy, that no one knew what would happen to it. In the film, not one had an idea or gave a suggestion as how to save their home; they did not know what was to come.

The monks’ response to this obscurity was not of resigned helplessness. In the opening of the film, a man says “We keep living, praying, hoping.” At the end of the film, a different man repeats, “We try, we fail, we try.” It is this bookend that defines the film. The humanizing of the monks through learning about their lives and what they have done, and yet still choosing to live in a monastery presents a lovely combination of altruism and modesty.

The men are not dead yet. As long as they have the gift of breathing, the monks say, they will keep going, and will keep trying to do good until their time is up. “Lovers of the Night” is an absolutely beautiful tribute to these men through sharing their stories, and a successful attempt of impressing upon the audience to do good — or at least try.

Did you see the film? What did you think of it? Let us know below.