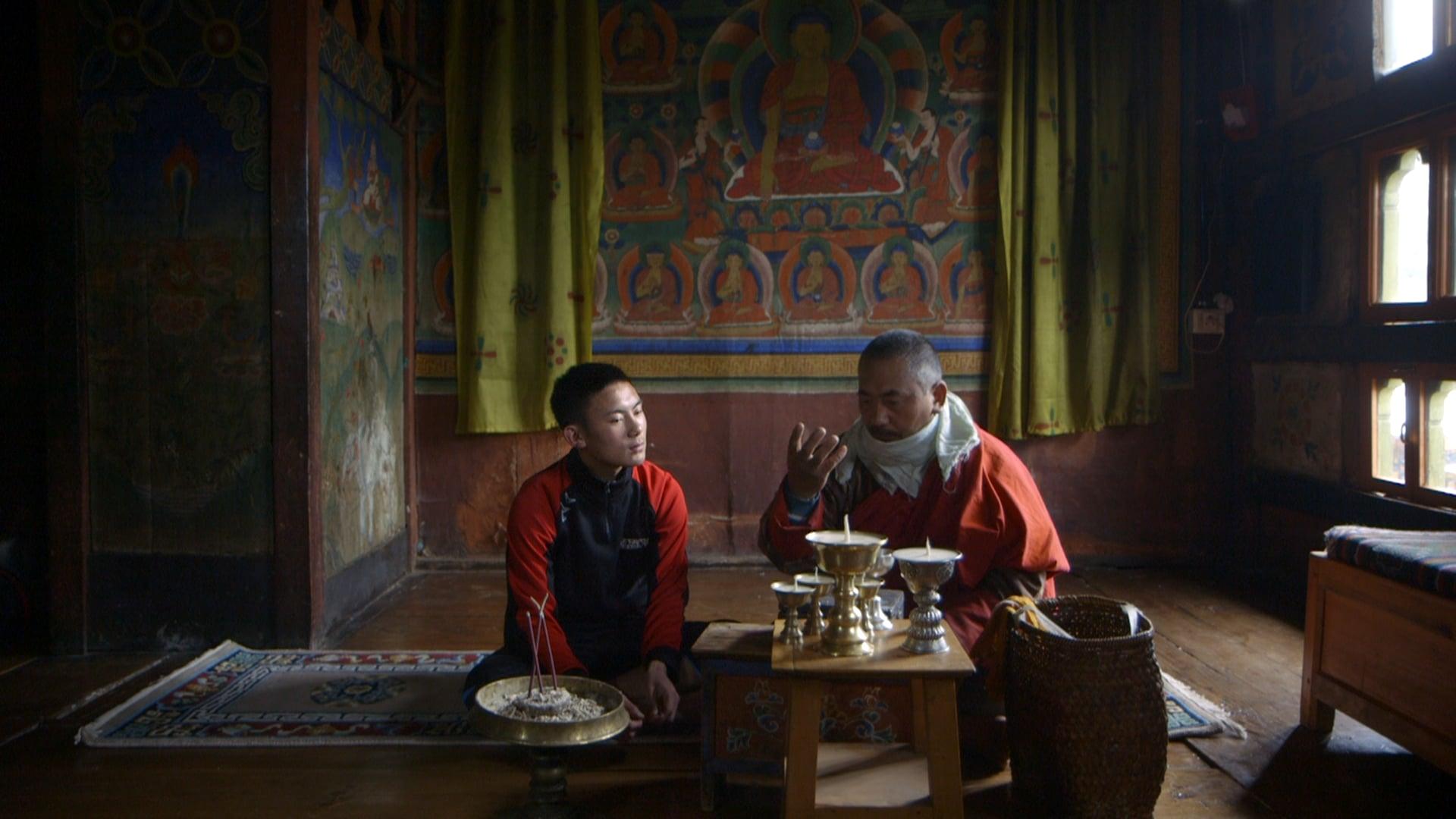 [dropcap style=”flat” size=”4″]P[/dropcap]erhaps there is something in every human that hungers for adventure, that drives you to follow your heart and do what you love.

And then there’s what’s expected of you, the role you’re supposed to play and be content with.

“The Next Guardian” follows siblings Tashi and Gyembo, who live in a Buddhist monastery in Bhutan with their religious parents. Their father maintains the monastery, which is an iconic piece of their family’s heritage. Gyembo is expected to succeed his father after he passes away — and this is where the generational gap arises.

Tashi and Gyembo share a love for soccer, wear Western clothing and joke about the phallic statues around their culture and home. Neither one is particularly interested in maintaining the monastery — in fact, it is unclear if the sibling duo even follows Buddhism. But they do love their family, and this is where the two have to pick between what they want and what their family wants.

Tashi knows what she wants and goes for it; she takes a chance to join a soccer training program and falls in love with the atmosphere there. She cuts her hair shorter — with many noting she looks like a boy — and relishes in a life that her village couldn’t give her.

Gyembo never voices what he wants, keeping his head down and doing as he is told. In fact, there is no indication whatsoever that Gyembo has any wishes to do what he wants if not for the film medium. At his home, Gyembo is quiet and dresses in traditional Bhutan garb — someone can only read his feelings if they look at his face long enough, which the documentary provides. It is the face of someone who has resigned themselves to their fate.[pullquote align=”right”]”This is our adventure.”[/pullquote]

Away from the eye of his father, however, he watches soccer matches with a smile. He laughs and jokes around with his sister, and plays ball gleefully with his friends. The film portrayed the clashing personalities of Gyembo extremely well in its cinematography.

In addition, all the aspects of the documentary came together to create an overall contrasting film, speaking in technicalities. If the siblings were watching a soccer match on their smartphones, traditional Bhutanese music played. If they were at the ancient monastery, or at a cultural celebration, upbeat dance music ran quiet in the background. It was an expert decision made by the directors to emphasize the generational gap in audio.

The film also introduces a concept that has only recently gained attention internationally: gender fluidity. Tashi, the sister, keeps her hair short and dresses in masculine clothes. Refreshingly, her parents accept her identity, with her religious father even noting that her past life must have been male. It’s a detail that remains small in the film, which actually helps it. Too many stories about transgender people focus on just that: their gender identity. In “The Next Guardian,” it just happens to have someone who feels more like a boy than a girl, and no one particularly makes a big deal out of it. In the West, we hear how third-world countries must be severely behind social progress. It’s nice to see in a film how untrue that statement is.

Overall, the documentary perfectly portrays the feeling that many young people feel when trapped between their culture and the Western world; being torn apart, feeling like they have to choose one or the other. It’s an extremely relatable, well-done film that touches people from all walks of life, despite originating from a small village in a small country.

Sights and Sounds: A glimpse into the first day of True/False