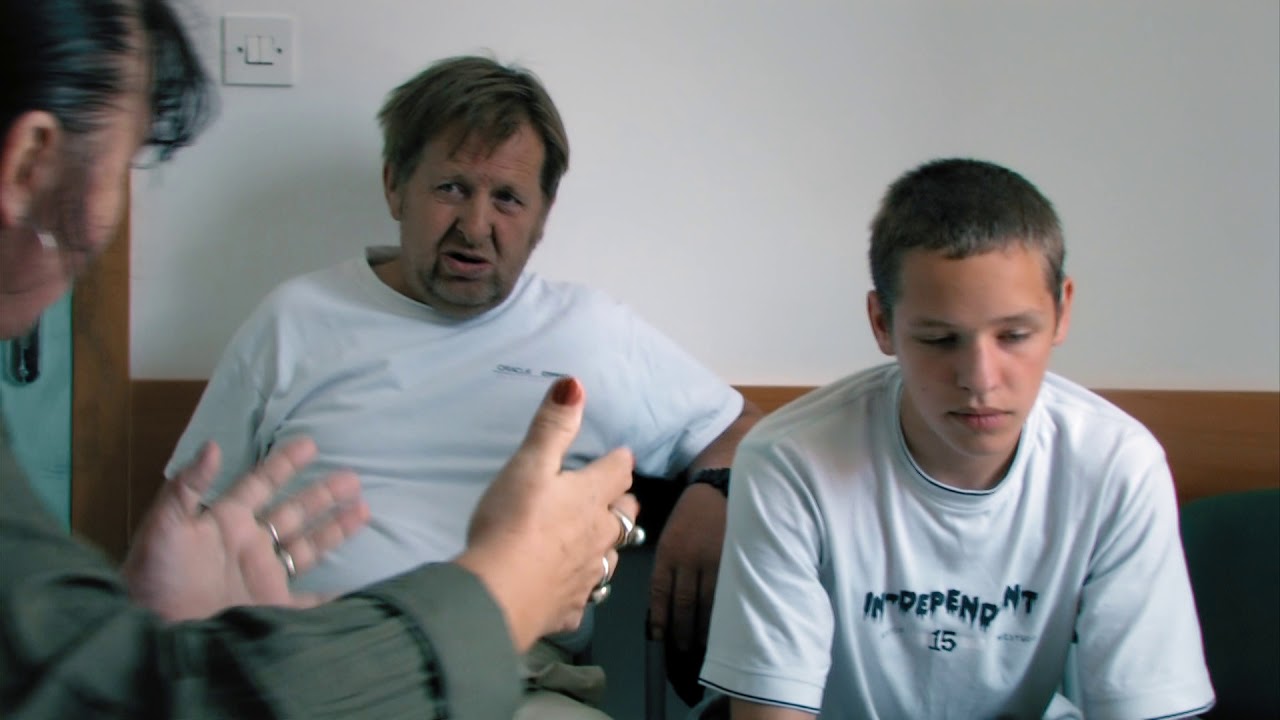 What is family really? Is it a mother and a daughter, or maybe a girlfriend and a boyfriend? And can you have a good movie without a protagonist? What about without an antagonist? These questions are what director Rok Biček seems to want to address with his documentary The Family.

The film is a hard-to-swallow dose of dysfunctional reality in some ways. It follows Matej Rajk, a Slovenian boy in his late-teens to mid-twenties. It starts with Barbara Kastelec giving birth to their daughter, Nia. At the time, he is living with her as well as her father, Robert. As Rajk takes care of his daughter, him and Kastelec argue and are constantly rude to each other. This soon leads to them breaking up, forcing Rojk to move back in with his parents as well as force the two to work out custody. The feud with their newborn baby and the two constantly fighting would have been enough to pull at some people’s heart strings. But it’s not.

As the film carries on we meet Rajk’s family. His father, Boris, seems to be intellectually challenged. He’s also the man who continuously has something to yell about. Alenka and Mitja, his mother and brother, are mentally handicapped. As his true family life unfolds, it becomes clear as to why Rajk may have wanted to get away. Throughout the film he is meeting with social workers, getting yelled at, and, at some points, expressing how he wishes his family could understand him more.

Rajk is continuously met with heartbreak after heartbreak, as does the audience. The worst part for the audience is the realization that Rajk is not the protagonist of this film. Nor is he the antagonist.

Documentaries often have a character that is seen as a protagonist in some aspect. This documentary is not one of them. It’s a raw story of what life is really like. Rajk is no bad guy, but he lacks the aspects of the good guy too. That’s what makes this film so hard hitting. The edits are rough; there is no clear protagonist or antagonist; there is no commentary or pushing from the director. It is life and family in its truest form.

More than anything “The Family” does two things. It reminds the audience that family is really anything that a person wants it to be. It also helps the audience realize more about people in general. Rajk is someone that we feel bad for. He was dealt a bad hand and hasn’t been given the resources he needs. But Rajk is human. It’s not easy to watch him be rude or make mistakes.

When a reader first comes in contact with the summary of ‘The Family’ it seems like it’s a simple film. It surely is not a film that will be in theaters. Everything is rough, choppy, and doesn’t always answer all the audience’s questions. That’s what makes Biček’s piece so raw and fascinating. It’s not what the audience wants, it’s what happens. It’s not a traumatic event that gets solved by a protagonist. It’s what the audience needs to see. It’s love, hurt, family and humanity in the best way it can be portrayed.