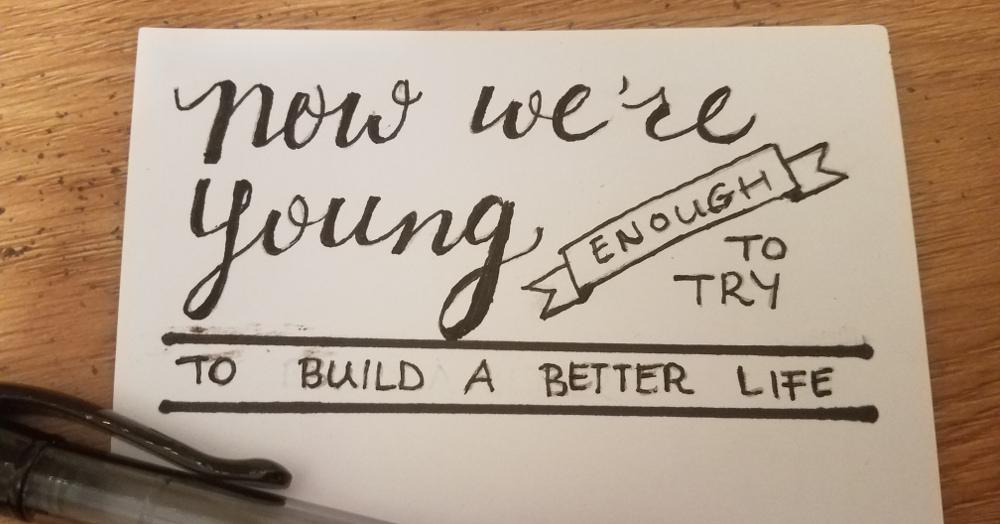 [dropcap style=”flat” size=”4″]M[/dropcap]y favorite characteristic about Sleeping at Last are his lyrics; he’s able to weave words together to create a story that’s alive, rich with the feelings we feel alongside the characters he creates. Of course, one of my favorite songs from Sleeping at Last demonstrates this at his best. “Mars” takes the lyrics and combines it with the beautiful instrumental, giving us its beautiful story.

Starting with mysterious beats, Sleeping at Last draws out the syllables of the first verse. The inspiration for the song came from the representation of Mars’s name. Mars is the Roman god of war, and from there, Sleeping at Last devised the song based on young soldiers eager to partake in warfare. These lyrics imply the conscripts lied about their age in order to fight on some application.

These words remind me of someone who has no idea what they’re getting into, and yet are still excited, “barely holding” it in. When I read stories about people who join the military and have traumatic experiences, they echo Sleeping at Last. They were amateurs at war. They were strangers to what suffering could truly be. They made their families proud, but scared at the same time.

Our questions ricochet
Like broken satellites:
How our bodies, born to heal
Become so prone to die?

These verses describe the soldiers’ experience on the battlefield, and I love the way it’s described. “Our lives now in the hands / Of the soldiers taking aim” is an amazing, well-written line that sums up war in those two lines. The last verse sounds like the soldiers realize their death could be imminent, and thus ask what they think to be their last, desperate question: How could this happen?

Though time is ruthless
It showed us kindness in the end
By slowing down enough
A second chance to make amends
As life replayed, we heard a voice proclaim:

“Lay your weapons down!
They’re calling off the war
On account of losing track
Of what we’re fighting for”

The first verse clearly refer to life flashing before the soldiers’ lives, a replay of all the good, the bad and the ugly. It is in this first verse that the soldiers accept their death, but the second verse saves them.

I feel as though “losing track of what we’re fighting for” could be applied to almost any war. Obviously, in history class, we are taught the reason behind the wars that have plagued humanity, but the lines blur as the war unfolds in real-time. This verse reminds me of the Syrian civil war and the photos of injured civilians that have surfaced. The civil war has already violated the rules of war set in place by the Geneva conventions; you cannot unsee a picture of a bloodied child that has lost their limbs.

This is just one example of an ongoing war where the reasons to fight are murky, and I applaud Sleeping at Last for including an anti-war message in a war song.

In this verse, both the message and the story of the song shift. This obviously refers to Post-Traumatic Stress Disorder (PTSD). Veterans are higher at risk for PTSD because of the nature of their job, and many describe it as having to fight another war.

This verse describes help. It is choosing to live despite the trauma, and describes a way for that to occur. The last lines “Who comes right up to the edge / Of losing everything he has” is a sure sign of suicidal tendencies, but the verse is still hopeful. It’s saying to feel the brokenness, but don’t let it consume you. Feel the feeling and let it pass, so you can begin recovery.

We were young enough to sign
Along the dotted line

The first verse is an echo of the beginning, perhaps representing a reflection of their life and what has happened since. The last lines of the song take the beginning and turn it into hope: there is still time to heal.

What do you think of the song? Let us know below.

RBHS to breathalyze every student at prom