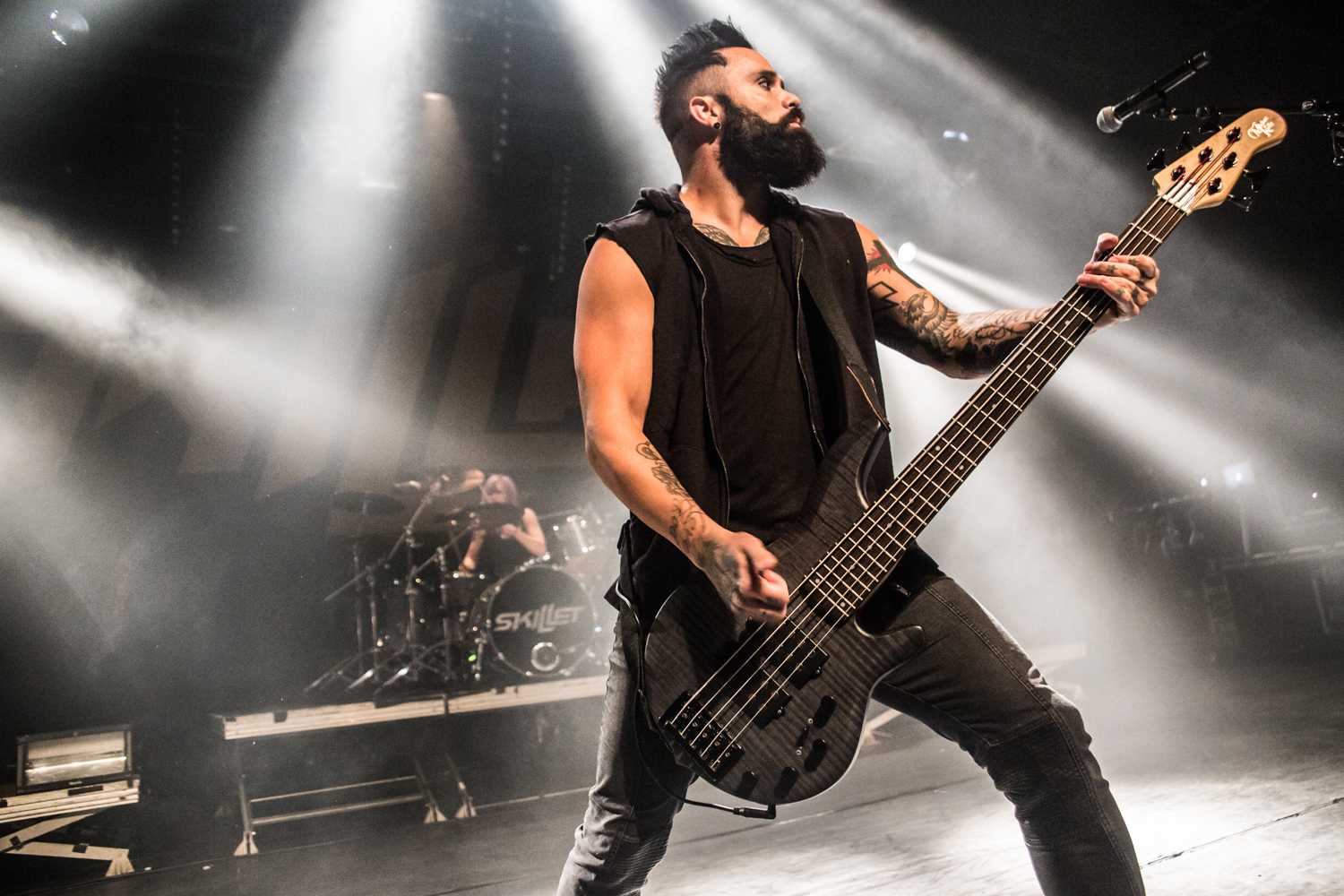 used with permission from skillet.com

Trigger warning: Suicidal thoughts and ideation are mentioned in this article.

[dropcap style=”flat” size=”4″]S[/dropcap]oon, I will graduate high school, and writing that still feels so weird. Allow this senior to take a walk down memory lane; it feels like it was only yesterday that I was ready to kill myself, all those years ago when I was nine. I had put together all of my belongings, and I had my note ready for its role. Before I would kill myself, though, I decided I should listen to music. If it was going to be my last day on Earth, I might as well find some joy in it, right?

I found, instead, hope. I stumbled across Skillet’s “The Last Night.” It’s a song about a person that was ready to kill themselves and had declared it their last night alive, but instead it became their last night they would be alone. Skillet is a Christian band, and so by “The Last Night” they mean that the person found comfort in God, but I didn’t see it like that. I didn’t even know Skillet was a Christian band, it was just a band I found on YouTube.

Forgive the cheesy lyrics, but for my last blog post, let me share with you the song that saved my life.

I just came to say goodbye
I didn’t want you to see me cry, I’m fine
But I know it’s a lie

The song is structured like a conversation, with the male singer acting as the narrator and, I suppose, God, and the female singer as the person approaching Him. It’s not how I saw it, though. I came across this song by accident, but I knew exactly what it was about when I heard it. “Scars on your wrist” obviously refer to self-harm, and the combination of “the last night” and “saying goodbye” clearly spell suicide.

“I didn’t want you to see me cry, I’m fine / But I know it’s a lie” is a line that hit my nine-year-old heart hard. I didn’t know anyone felt the same way I did, pretending everything was in order when in reality, the mind was engaged in civil war.

Okay, I admit, I was a little emo girl who definitely resonated with the whole “It’s not a phase, mom!” In turn, I loved this verse. This is everything I needed: an acknowledgement of how I felt. Someone who reacted to the pain by saying it’s okay to hurt and that they’ll be there until it passes. I didn’t have that in my life, and honestly, I’m not even sure if I have that now. But, I got it just in time.

The chorus repeats and segues into the bridge. It was at this moment that the song broke me. Crying at 3 a.m. because nothing was okay is not a feeling I want people to experience, but my goodness, hearing someone say it made me feel overcome with emotion. The song repeated the message again I needed: you’re not alone, and I will help you.

“The Last Night” saved my life that night by expelling my ignorance. I had no clue what I had been feeling could be felt by others, my feelings of loneliness, of self-loathing, of pain. Just the fact that I wasn’t alone gave me enough courage and curiosity to live another day. Today, I know I am one of millions struggling with depression. I am not alone.

What do you think of the song? Let us know below.