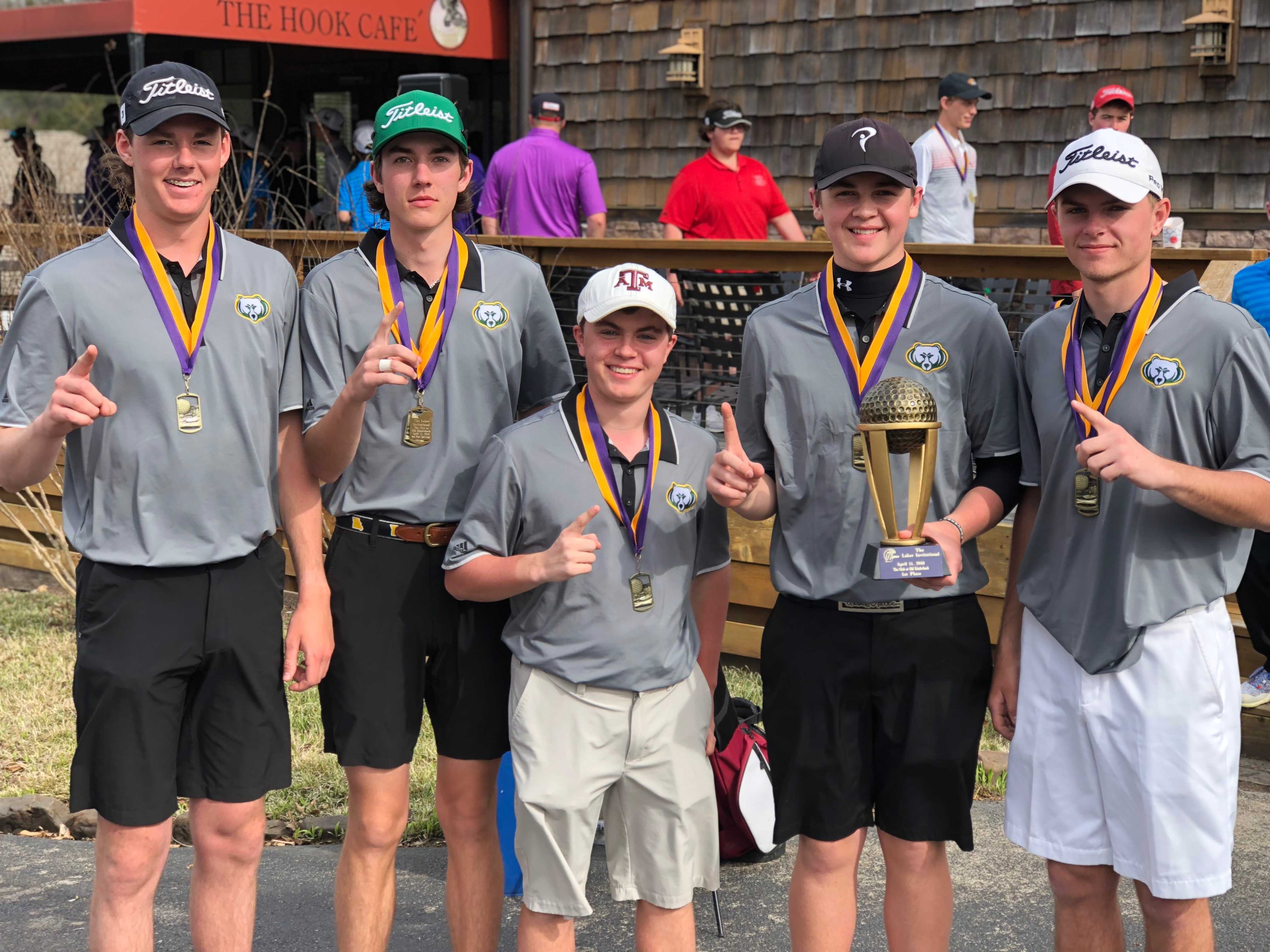 The team shot a combined score of 294, with senior Hudson Dubinski and junior Ross Steelman finishing first and second among individual scorers. Dubinski shot a flawless bogey-free round of 65 on the par 71 course, finishing six-under par, while Steelman shot a one-under par score of 70.

“I thought I played really well overall,” Dubinski said. “I managed my game extremely well and [thus] had a [relatively] easy day. I was pleased with how I managed to make [six] birdies and no bogeys.”

Dubinksi credits his strong iron game for his success, saying that his approach shots were consistently leaving him with close birdie putts throughout the entire day.

“[Altogether] I think [the team] played solid and with two low scores we were able to set a tone,” he said. “All of our guys played solidly and I think that’s why we won by the margin we did.”

The varsity team consist of four upperclassmen and one freshman. One of the upperclassmen is junior Keith Schaezler. Schaezler put together a solid round of 81, and was very pleased with his performance at the match. The invite gave Schaezler his first opportunity to play the Old Kinderhook course, and he was proud of the way he battled through the unfamiliar course and tough winds.

“I was making good club decisions that resulted in many good setups for par, and my woods were finding the fairway the majority of the time,” Schaezler said. “The team is [also] very supportive of me. I know that I can’t always play at the same level as the rest of the guys, but they don’t leave me behind and keep telling me to give it my all.”

Along with Schaezler, head coach Austin Reed left the course with the team fairly satisfied with their performances. Reed was especially proud of Dubinski’s playing, although he says he was still happy with how the whole team played as well.

When it came to giving advice on the course, Reed said he didn’t have too much to say since the team had been finding its groove all day.

Dubinski appreciated Reed’s style of coaching on the course, especially since many of the team members were already having a successful day.

“I think [Coach] Reed has done a nice job of doing everything he can off the course,” Dubinski said. “But, then [he] just lets us go play golf on the course, which is nice to see.”

The team will compete again on Monday April 16 for the Helias Invite at Meadow Lake Acres Country Club. However, Dubinski already eyes the playoff matches around the turn of the month.

“I think we are all looking forward to the playoffs,” Dubinski said. “That’s what we play for and our goal is to be the last team standing. We are all very excited.”