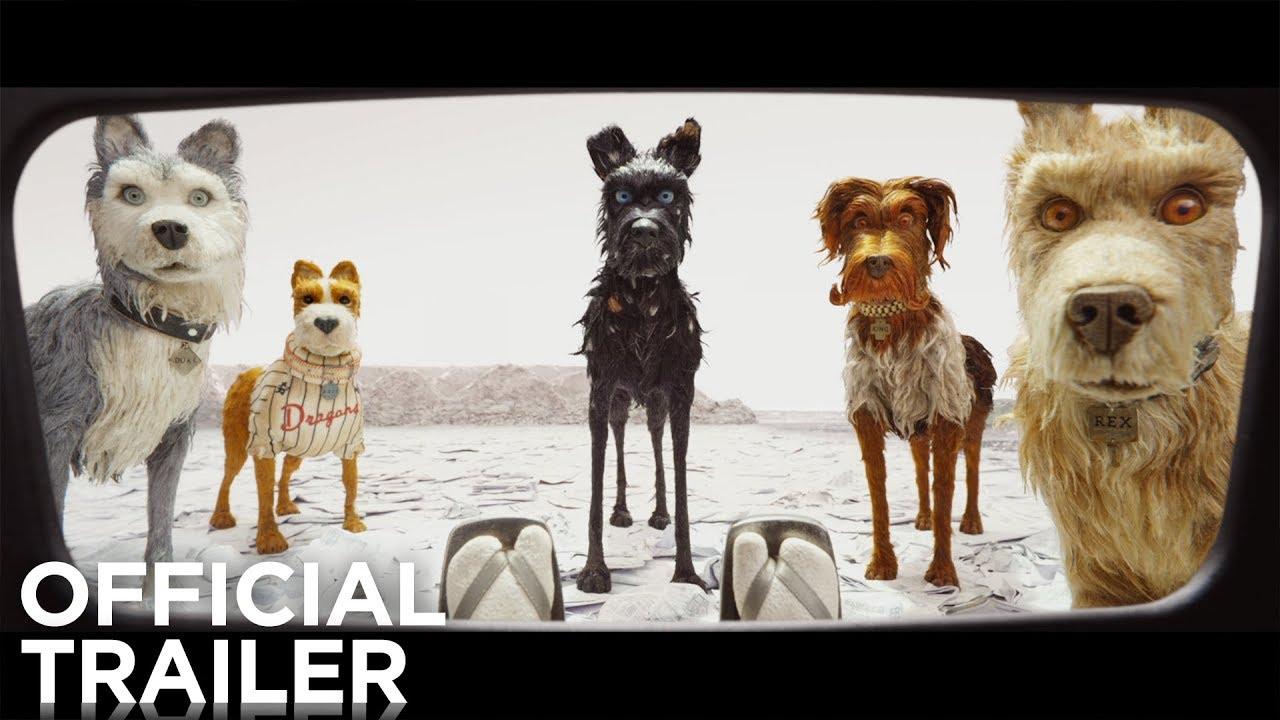 [dropcap style=”flat”]W[/dropcap]ith Wes Anderson’s return to stop-motion animation, the world prepared itself for the same light-hearted, childish universe delivered by the director’s previous animated endeavor “Fantastic Mr. Fox” (2009); however, “Isle of Dogs” crushed any of these expectations. Anderson’s “Isle of Dogs” is a bleak look at what the world would be like if the man’s’ best friend became humankind’s worst enemy—if society was controlled by a cat-loving clan of conspirators that sought to eradicate dogs from the face of the earth. Packed with visual splendor and storytelling, Anderson’s sophomore animation is a mature film featuring a conglomerate cast of characters and intertwining narratives that build towards an eclectic and balanced film.

Refusing to live a life without his beloved companion, Atari ventures to Trash Island in hopes of reuniting with Spots, but is instead met with an ugly, desolate wasteland of metal scraps and toxic gunk pools. Trash Island is no place for the young boy, much less the forsaken dogs that scavenge the land, hunting in deranged and feral flea-borne packs. Here, Atari joins the alpha males of the island, Rex (Edward Norton), Boss (Bill Murray), King (Bob Balaban), Duke (Jeff Goldblum) and Chief (Bryan Cranston), a ragtag bunch of abandoned mutts and purebreds wandering the island for morsels of maggot-riddled leftovers they share as meals.

Despite their betrayal by their human owners, the alpha males are adamant about reuniting Atari with Spots—at least, all the previously domesticated dogs. Retaining their trust and faith in humankind, Rex, Boss and Duke rush to Atari’s side upon his arrival, reminded the love and affection of their past lives. Chief, however, previously being a stray, remains hesitant throughout the film, and only joins Atari’s now-entourage as a result of the group’s “democratic voting system”.

The focus of Anderson’s film, however, is as much about character dynamic as it is with storytelling. “Isle of Dogs”, in particular, features parallels and juxtapositions between Atari’s journey and life in Megasaki city that generate the story’s overall plot development and growth.

The film itself is divided into chapters, including an introductory prologue about a boy who betrayed humankind in a war between dog and cat, prevailing alongside his canine companions against humans and their felines. Although never once mentioned again, Atari’s journey clearly mirrors the story of the boy soldier, venturing to the isle of dogs isolated from civilization. Visually, frames are almost always nearly symmetrical, oftentimes with only a central character in frame or an axis of symmetry being able to be defined within every sequence. Shots and plot devices from the beginning recur throughout the film, reiterating Anderson’s focus on repeated motifs and parallels within the story.

Visual and narrative juxtapositions are another poignant piece of Anderson’s work. Back in Megasaki, unbeknownst to Atari, the disappearance of the mayor’s ward has led to the emergence of the city’s underbelly where crime and corruption run rampant. A secondary storyline focusing on the mayor, his staff and the city’s rebellion unfolds alongside the saga on Trash Island, with the lucrative source of the “dog flu” and government conspiracy beginning to unravel. Although the backgrounds and colors of Atari’s journey in the abandoned Trash Island feature whites and greys as dominant colors, scenes of Megasaki city are predominantly black and dark, highlighting the seedy nature of the town and its politics.

The growth of Wes Anderson from “Fantastic Mr. Fox” to “Isle of Dogs” was an unprecedented transition that took his light-hearted themes and motifs through the shredder, resulting in a darker, more dreary and more mature take on stop-motion animation. Although Anderson delivered his signature fantastical imagery and stimulating visuals within the film, when paired with the flexibility and exaggeration capabilities of stop-motion animation the brooding nature of the movie was only enhanced, enticing even older audiences to give the motion picture a chance. Although not as cheesy or quaint as recent animated films to hit the silver screens, Isle of Dogs is surely one of the most rewarding to see.

What did you think of the movie? Let us know down below!

Moy Zhong is a senior and the returning Art & Design Editor for The Rock and Bearing News. She oversees visual online and print production at Southside Media and eats copious amounts of fruit each day.