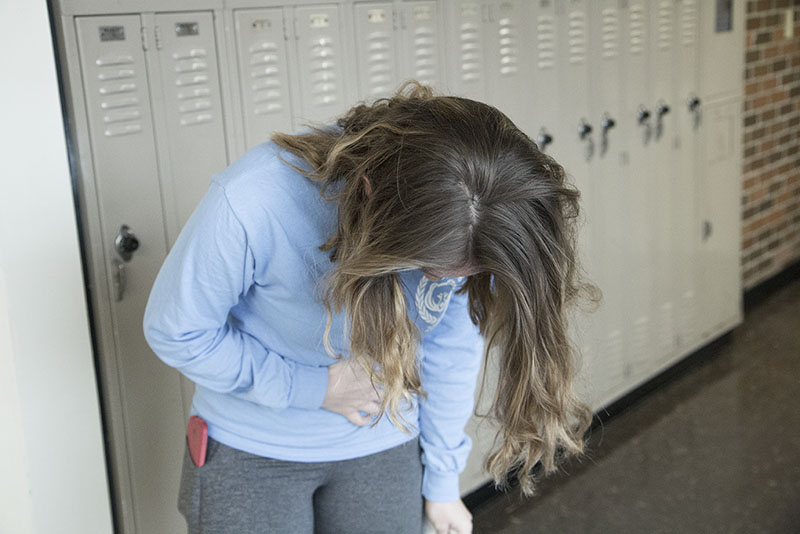 Historically, there’s been a severe lack of respect and priority given to women’s healthcare. Through the years, this trend has taken many forms. From diagnosing any distressed woman with “wandering womb disease,” to ignoring a patient because “she’s just being dramatic,” the atrocity is the same.

The problem stems from the systemic barring of women by the professional medical community. Without women as doctors and researchers, the healthcare community has handled their care as a second-rate priority.

Only in the past couple of decades has there been an active movement to reverse this inequality. Spaces such as the Center for Women’s Health Research (CWHR) at the University of Wisconsin-Madison have risen up to meet the demand. Founder and director Molly Carnes developed CWHR as a way to focus on broader issues of sex and gender medicine. In other words, she wants to address more than just reproductive health. Her progress is tangible, with tenured women in Peds, Ob/Gyn and Medicine growing from just one member at the time of CWHR’s conception to 26 today.

“[Research in women’s health is important] because men and women differ in the way their bodies metabolize and handle many medications that make women more at risk of adverse drug reactions . . . Men and women frequently have different risk factors, symptoms and treatments to diseases that occur in both men and women,” Carnes said. “The menstrual cycle’s hormone fluctuations cause changes in the distribution and metabolism of drugs for such conditions as epilepsy and diabetes.”

While agents of change like CWHR strive to shape the landscape of women’s healthcare, there are also foundations that seek out potential patients directly. Heather Hoffman is the president of the University of Missouri-Columbia’s annual Women’s Health and Wellness Fair, an event that concentrates on physical, mental, emotional and spiritual health.

“I inherited this fair through my work with the status of women committee and never gave a lot of attention to issues of women’s health in particular (always saw it as more of a side issue on the route to equality between men and women),” Hoffman said. “However, my perspective has changed through involvement in the fair. We have improved access to health resources and information, but [it’s] still not 100 [percent].  Also, people need that face-to-face interaction when it comes to this stuff. We can all search WebMD, but sometimes you’ve got to talk to someone.”

Despite advancement across the field, women still face feelings of invalidation from their doctors. For example, when reporting pain, women had to wait 65 minutes compared to the male average of 49, as researchers found in Gender disparity in analgesic treatment of emergency department patients with acute abdominal pain. For Junior Harper Dailey, pain has interrupted her life plenty of times, and therefore she’s had to deal with plenty of physicians. Her obstacles include anxiety, depression, stomach problems and menstrual issues.

“It felt like they were treating as if, ‘Oh, she’s a teenager. She’s going to have depression’ because apparently all teenagers have depression, according to them. They treated [my depression] as if it was something I’d get over. Obviously it isn’t because here I am in junior year, and I still have these symptoms,” Dailey said. “With my stomach cramps, they were more worried about stomach problems. They treated that more seriously, but with my [menstrual] cramps, they were nonchalant. The most they did was give me ibuprofen, honestly.”

The phenomenon goes far beyond just doctor behavior, gender bias in medicine affects treatments as well. Research that only included men meant that for a long time, women-specific physiology symptoms were ignored. From 1988 to 1991, 60 percent of drug trials underrepresented woman. Then, from 1997 to 2001, four-fifths of the drugs the Food and Drug Administration withdrew from the market posed a greater threat to women. Recently, in 2009, researchers found most general studies averaged 37 percent  women for enrollment. Additionally, 64 percent of the studies ignored analysis of men’s vs women’s reactions, according to Women’s involvement in clinical trials: historical perspective and future implications.

[quote]My grandma did have a stroke a few years ago. My mom was a nurse. So she knew all the signs and symptoms [of a stroke] but because she was a nurse back in the ‘80s and ‘90s, she knew more about the symptoms that would affect men,” Dailey said. “No one really thought my grandma was really having a stroke until she couldn’t talk and then everyone was like, ‘Oh, she’s not just having some type of mental breakdown. She’s literally having a stroke.’[/quote]

Hoffman and many others are frustrated that “we haven’t figured out the basic minimum requirements to helping women (and their bodies) co-exist comfortably in the world.” Looking forward, Hoffman sees several places where progress should happen. She emphasizes that there is a overabundance of issues surrounding birth control, family planning and low-income/homeless women’s access to treatment.

“It seems like we also keep fighting some of the same battles,” Hoffman said. “For example, when we asked what female undergrads’ No. 1 concern about the campus climate here was, they told us lack of access to tampons/pads and condoms, which I remember being a problem 10 years ago when I was an undergrad.”

What has been your experience with healthcare? Comment down below.