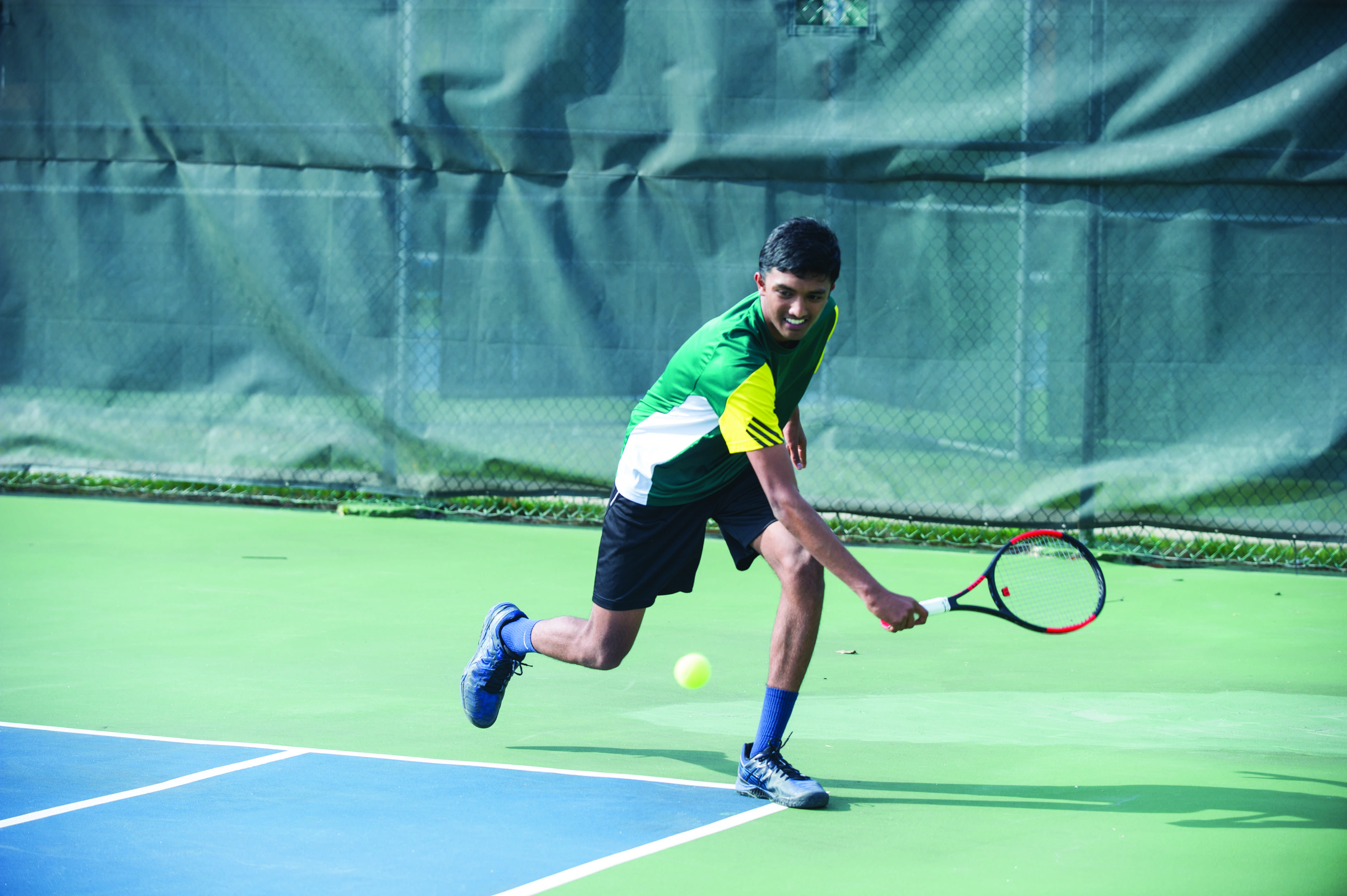 Junior Kavin Anand prepares to hit the ball with a back hand on April 26 against the Kewpies (9-0). The Bruins compete in individual districts May 12.

This Saturday the boys’ tennis team will compete in the Individual District Tournament at Grain Valley High School. This competition is one of the preliminary rounds for the Missouri State High School Activities Association (MSHSAA) Championships signal the end of the tennis team’s season, which began in March.

“Everyone enjoys being a part of the team since we work on things that make us better each practice,” junior Kavin Anand said. “We also keep our end goal in mind: performing at state.”

Anand, along with the five other top tennis players from the team, will be the only ones from the Bruins’ field of 17 to move on, Anand said. Head coach Ben Loeb selects the top six players and bases his decision on both track record during the season and whether they compete in singles or doubles.

“Our goal will be to get all six players through to the individual sectional round,” Loeb said. “Consequently, we want to be playing each other in the finals of both the singles and the doubles tournaments.”

Junior Kamran Farid, one of the top six players, shares both Anand’s and Loeb’s view of a well-earned season victory at districts.

“I see my team performing with the best attitude, play capability and mindset this Saturday to demonstrate what Rock Bridge tennis is really all about,” Farid said.

Anand said he hopes districts will be a “straightforward” effort and a great chance for improvement for him and the team.

“We can use the match as an opportunity to practice our weak points and gain more confidence,” Anand said.

However, many tennis players that qualify at individual districts will move on to the next round of competition at Individual Sectionals May 15 in Camdenton, Mo. Those who advance from sectionals will go on to MSHSAA Championships. The team division will be May 24 and the individual category will be May 25. Both are in Springfield.

“We have a lot of travel ahead to get to the state championships,” Loeb said.

The results of the team district tournament, which took place May 8-9, were not known at press time. If the boys’ tennis team wins the team tournament, then the Bruins advance to team sectionals in Joplin, Mo which will be May 19.