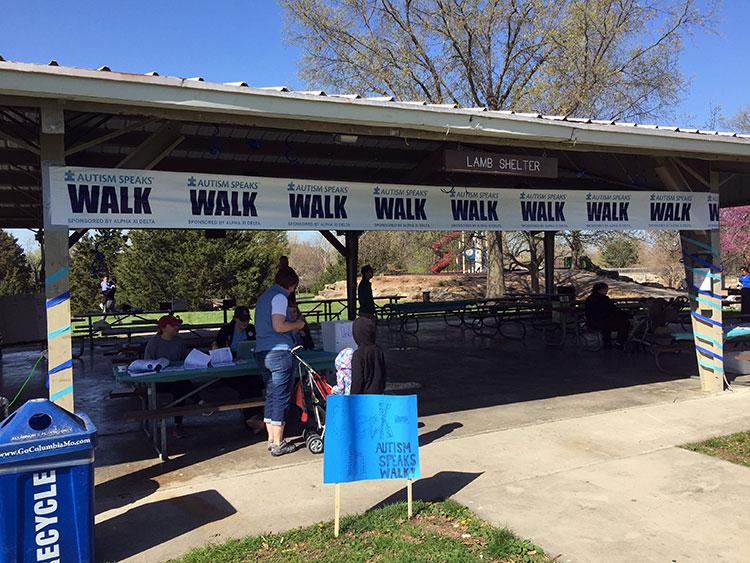 [dropcap]A[/dropcap] stream of blue shirts ducked under the arch at the starting line, as they followed a pony named Sugar around a 1.2 mile track at the first annual Autism Speaks Walk in Columbia for autism awareness.

Alpha Xi Delta, Autism Speaks U, and the Thompson Center organized the walk on April 28.

Ashley Boone, a volunteer at the walk, said it was important to not just bring awareness to autism, but to bring together a group of people who could communicate with each other about it.

“A lot of people who have children with autism don’t have a foundation or group of people that they can talk to,” Boone said. “My family, coming from Waynesville, when my cousin was diagnosed with autism, we didn’t know anyone else with it.”

MU Student Natalie Kukulka, one of the organizers of the event, said the event was incredibly successful in achieving their goals.

“Seeing the joy on the kids faces as they participated in all of the activities and stations that we organized and how well attended this event was, it surpassed all of my dreams and expectations,” Kukulka said.

Nick Bolin, who also volunteered through Autism Speaks U, said back home he worked with people with special needs through different camps and events, and he was glad he could replicate that when he came to Columbia for college, and bring awareness to autism.

“People think autism is just a disability which affects people socially, but they’re not aware of all the different effects,” Bolin said. “There’s a wide spectrum of autism, and a lot of different things that can mean for a person.”

While autism does cause social challenges and communication difficulties, it can branch out into other symptoms, according to autismspeaks.org. Some of the associated medical conditions with autism include sleep dysfunction, a tendency to eat things that aren’t food, and seizures. Seizures are especially common, occurring in as many as 39 percent of people who have autism.

Booths were set up around the Nickell and Lamb shelters in Cosmo Park relating to some of these symptoms. For instance, one sensory stimulation booth had little gel beads people could dip their hands in. Other booths were there to simply have fun, such as a table set up with Silly String and bubbles, and another with finger-painting.

As the walk attracted many children, activities there included a petting zoo donated by A Zoo for You, a firetruck with tours from the Columbia Fire Department, and a bounce house.

Kukulka said with the success of the event, and the numerous partnerships gained in the process, she would work to hold a Walk next year.

“Together with the Autism Speaks U chapter on campus we are determined to make this event happen again and hopefully inspire other students to continue the tradition,” Kukulka said. “We now have a blueprint for how to do it and just need eager hearts to continue fighting and supporting the patients and their families.” 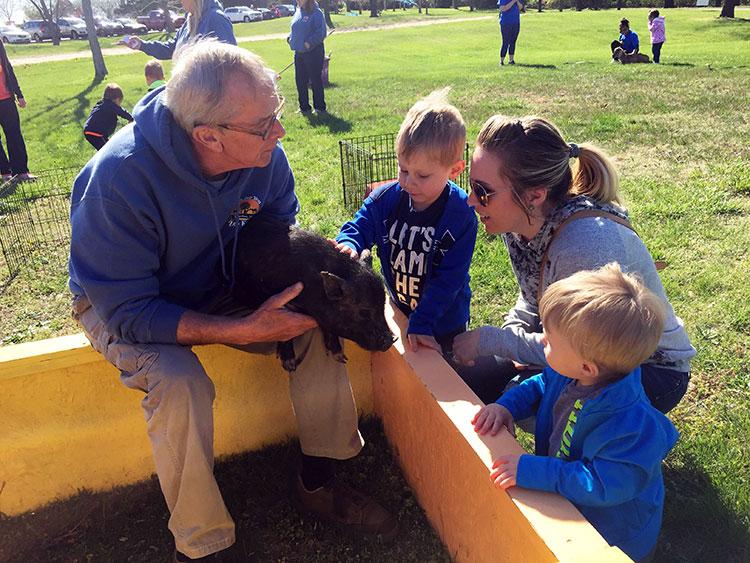 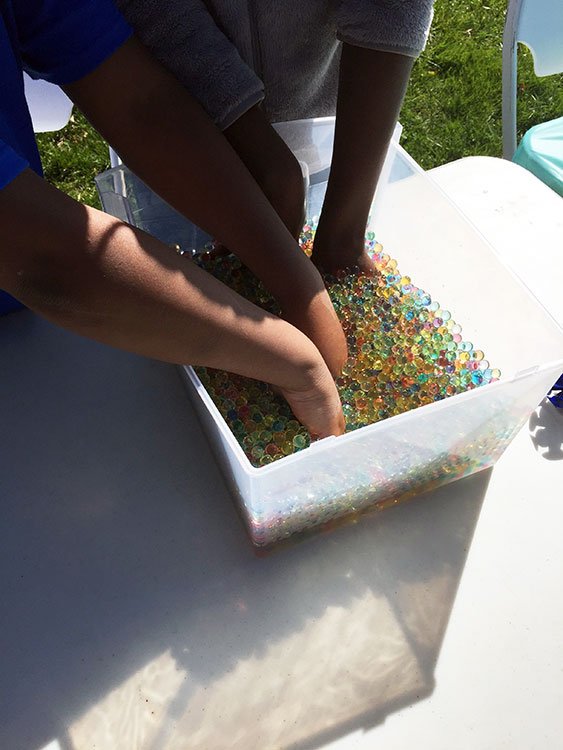 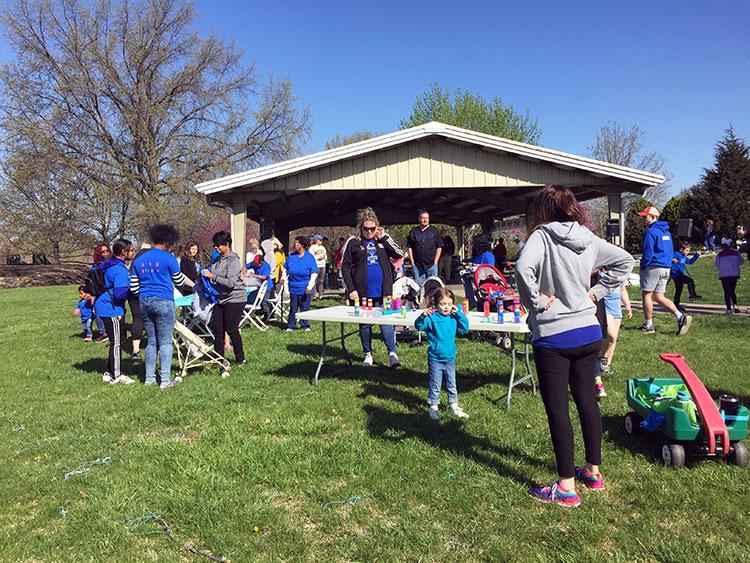 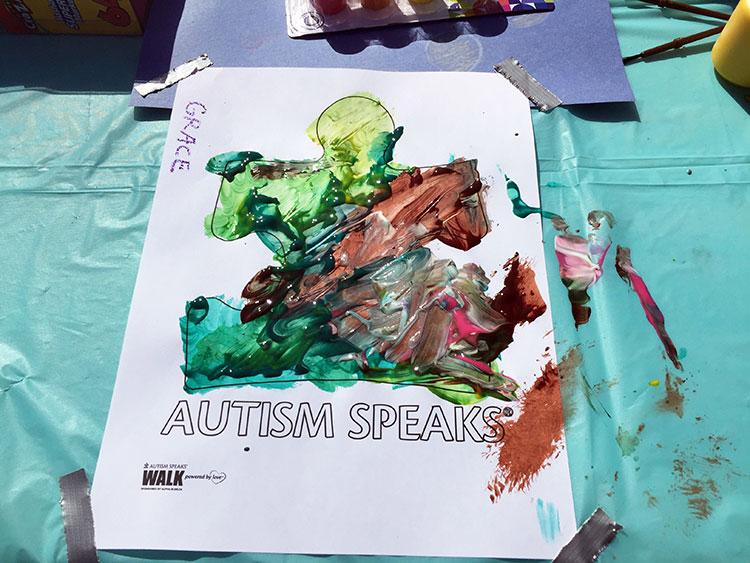 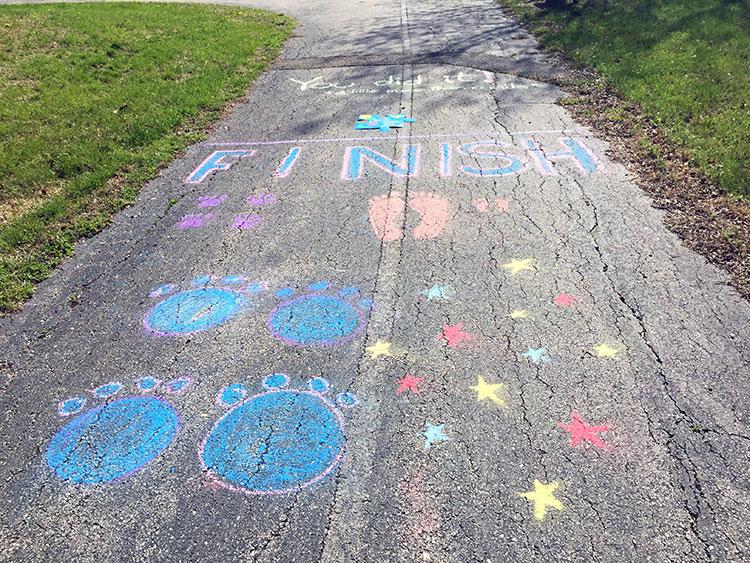 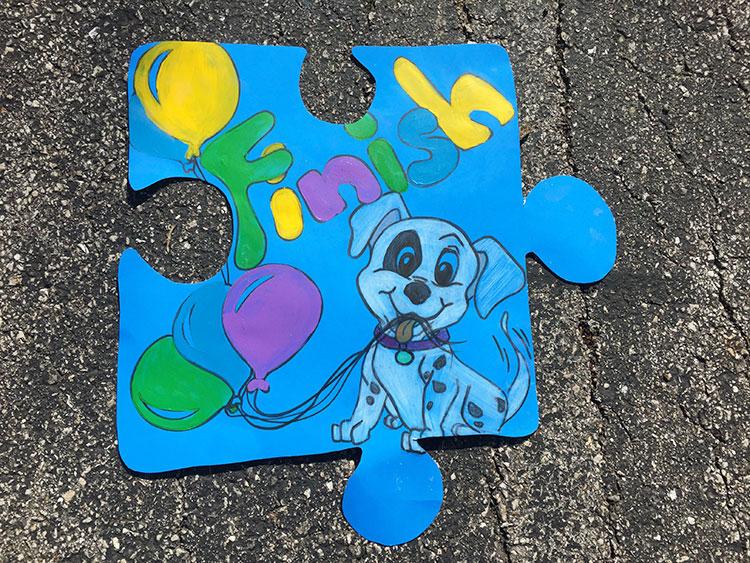 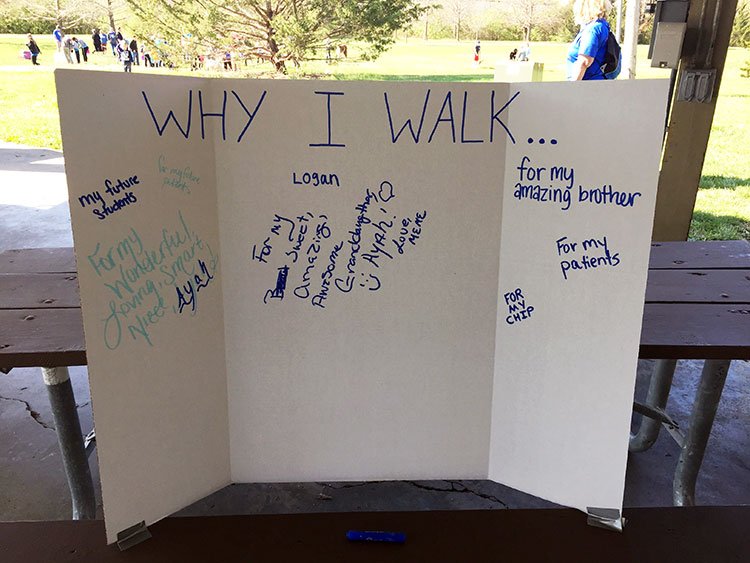 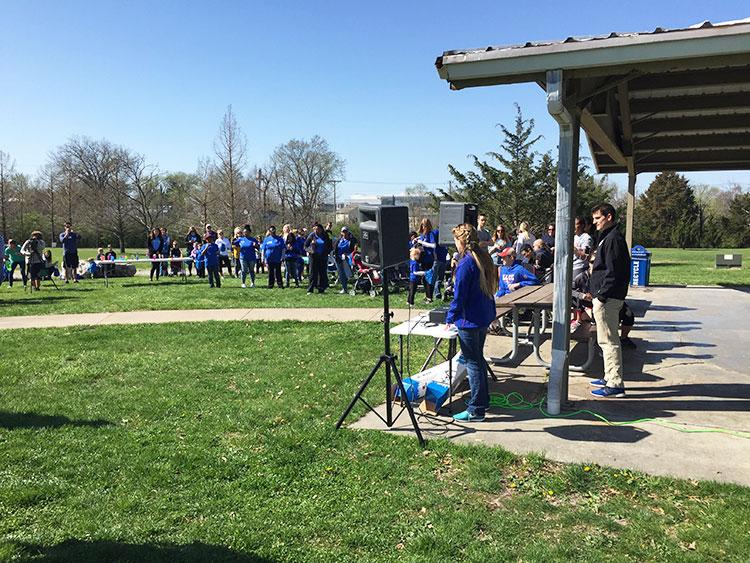 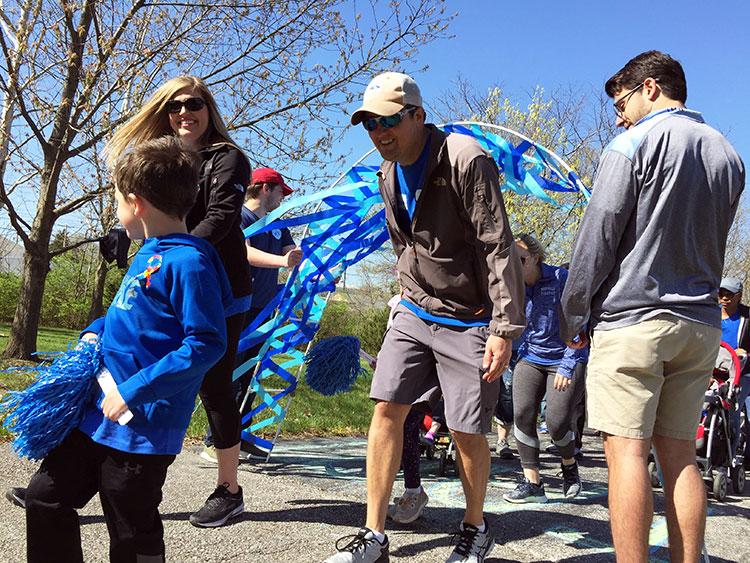 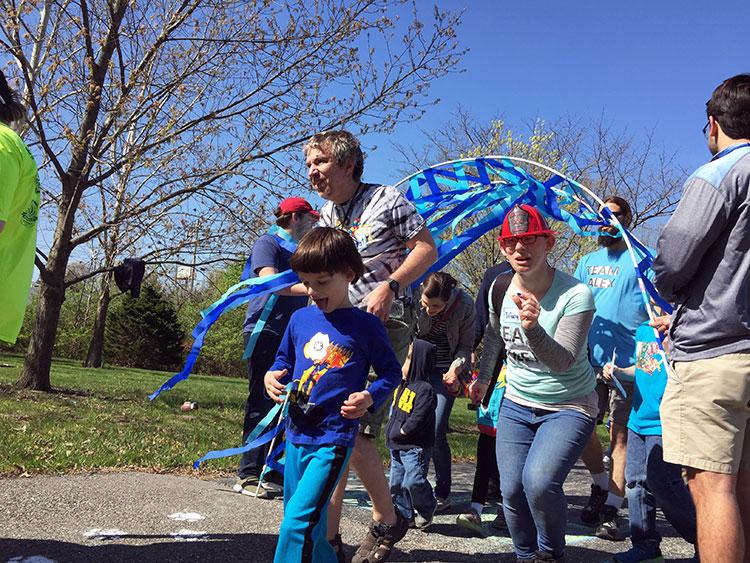 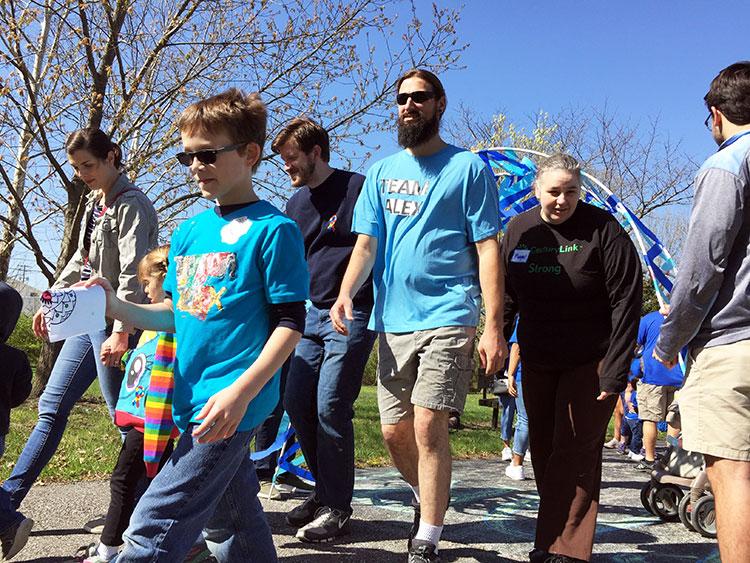 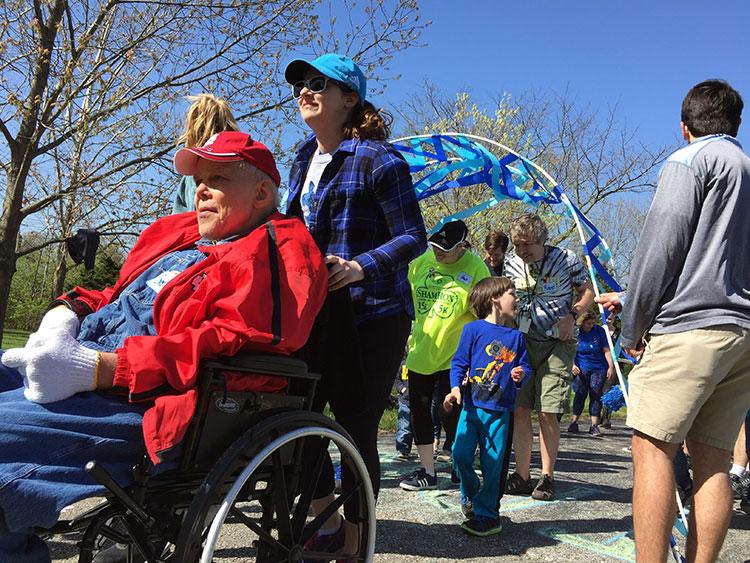 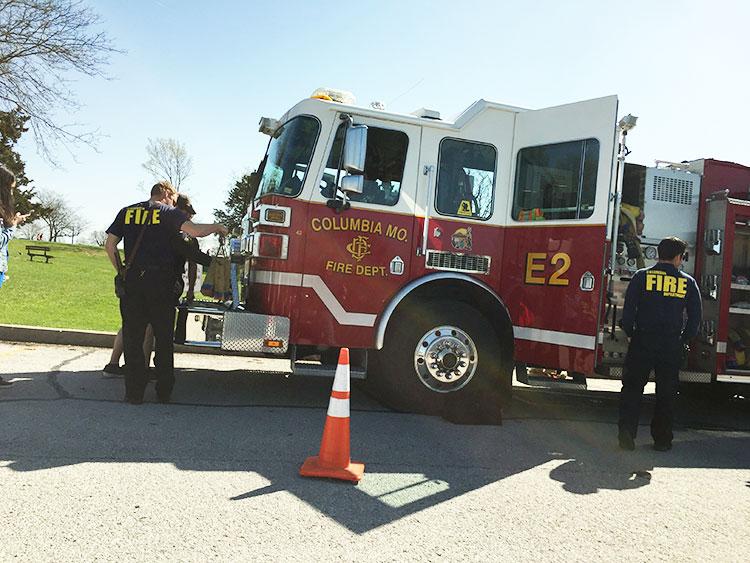